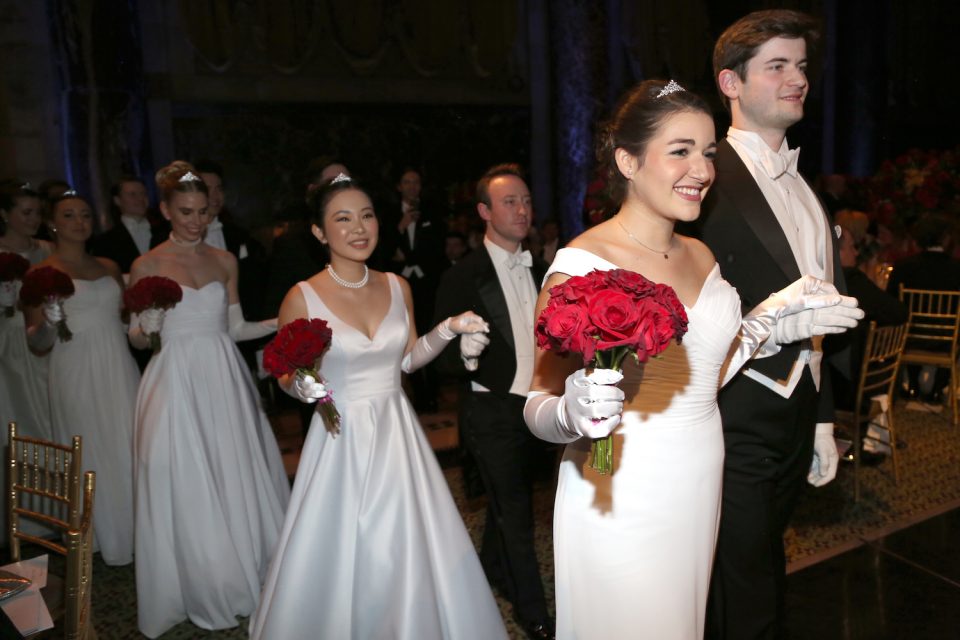 The Viennese Opera Ball held their 64th edition in New York City at the Cipriani 42nd Street, under the gracious patronage of H.E. Alexander Van der Bellen, President of the Republic of Austria. The Ball, which is the oldest white-tie charity gala in New York, benefitted the music therapy program at Memorial Sloan Kettering Cancer Center with support from Gabrielle’s Angel Foundation for Cancer Research.

Following the VIP reception, guests sat at beautifully decorated tables featuring red rose centerpieces, and the West Point Cadet Color Guard marched and rose their flags before the National Anthems of the United States, Austria and Europe. Mr. Serafin welcomed and thanked the debutantes, escorts, guests, and the Divertimento Viennese orchestra before Ferrucci Furlanetto rose to perform Sarastro’s aria from Mozart’s ‘The Magic Flute.’ The debutantes and escorts then made their entrance, led by choreographer Sandra Stockmayer, who also acts as choreographer for the Vienna Opera Ball, and performed the Alles Waltzer before sitting down to enjoy a four-course dinner featuring Austrian specialties.

Mr. Serafin presented Ernst Woller, President, Viennese City Council, to the stage, who spoke about the enduring importance of the Viennese Opera ball in New York in fostering and maintaining cross cultural relations. He then welcomed Event Chair Jean Shafiroff to the stage, who thanked Austria for its support of the Ball, which represents a great friendship between America and Austria.

Mr. Serafin then presented Karen Popkin, Memorial Sloan Kettering Cancer Center, who spoke about the work the center does and how all donations can make a difference

Guests were then guided through the Midnight Quadrille by Roman Svabek and Sandra Stockmeyer, before continuing to dance into the early hours of the morning to music by DJ Olivier Moenner.