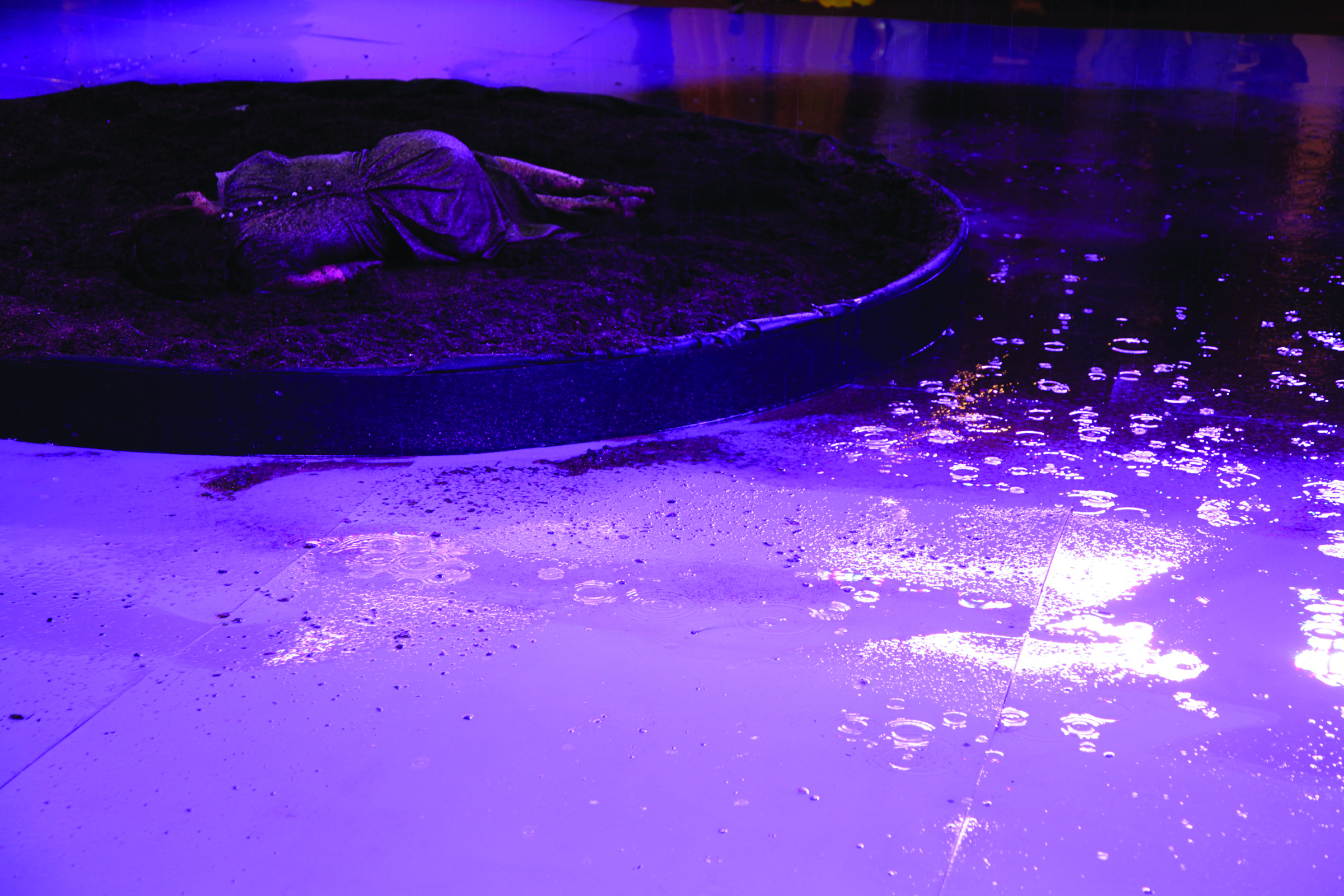 Kevin Berlin: The Big Bang. Tell us about it.
Robert Wilson: Ohhhh, welcome to the Big Bang! The Big Bang started in 1976. I did an opera called Einstein on the Beach with Philip Glass, and I was thinking about the big bang and my friend Paul Thek. Shortly before he died he made a painting called The Big Bang and he gave it to me. And he said a couple of years later, “You know, there is a very interesting young artist — his name is Mike Kelley.” So we are doing a tribute to Mike Kelley. He died at the beginning of this year, and I think he is one of the most important artists that we have had in the last twenty, thirty, forty years. So all of the things that are part of tonight are to be called “The Big Bang.”
KB: I’ve heard you say that politics and religion tend to divide people and art brings people together.
RW: I would say that is what is unique about art. It’s one of the things that remains in our culture and our society. And if we lose our culture we lose our memory.
KB: And can that really happen? Do we have a risk of losing our culture?
RW: I think so. I think of what Al-Qaeda has done in trying to erase art of the past. And we have to be careful. It’s like a fire — it can be dangerous but it can also warm us. And we have to guard it carefully.
KB: The friendships that you have formed with people over the years are a very important part of what you’ve been able to create.
RW: Well, I think that’s what it’s all about. As you get older, a family is all about friendship. I have had people here working with me for thirty or forty years. Some people I have just met. It’s a kind of family.
KB: The Big Bang! Thank you very much and congratulations.

Kevin Berlin: The Watermill Center. What exactly is The Big Bang?
Terrie Sultan: The big bang is the explosion of creativity that comes out of this center with all of the residents and the great creative artists that Robert Wilson nurtures every year.
KB: What is the secret of Robert Wilson? A lot of people wonder how he brings people from so many diverse backgrounds together so effortlessly.
TS: Because he’s a good ol’ boy from Waco, Texas, that exploded with a tremendous amount of personal charisma and creativity.
KB: Is something going to happen? Will there really be a big bang?
TS: Well, I’ve been to several of these events and there is always something that happens.