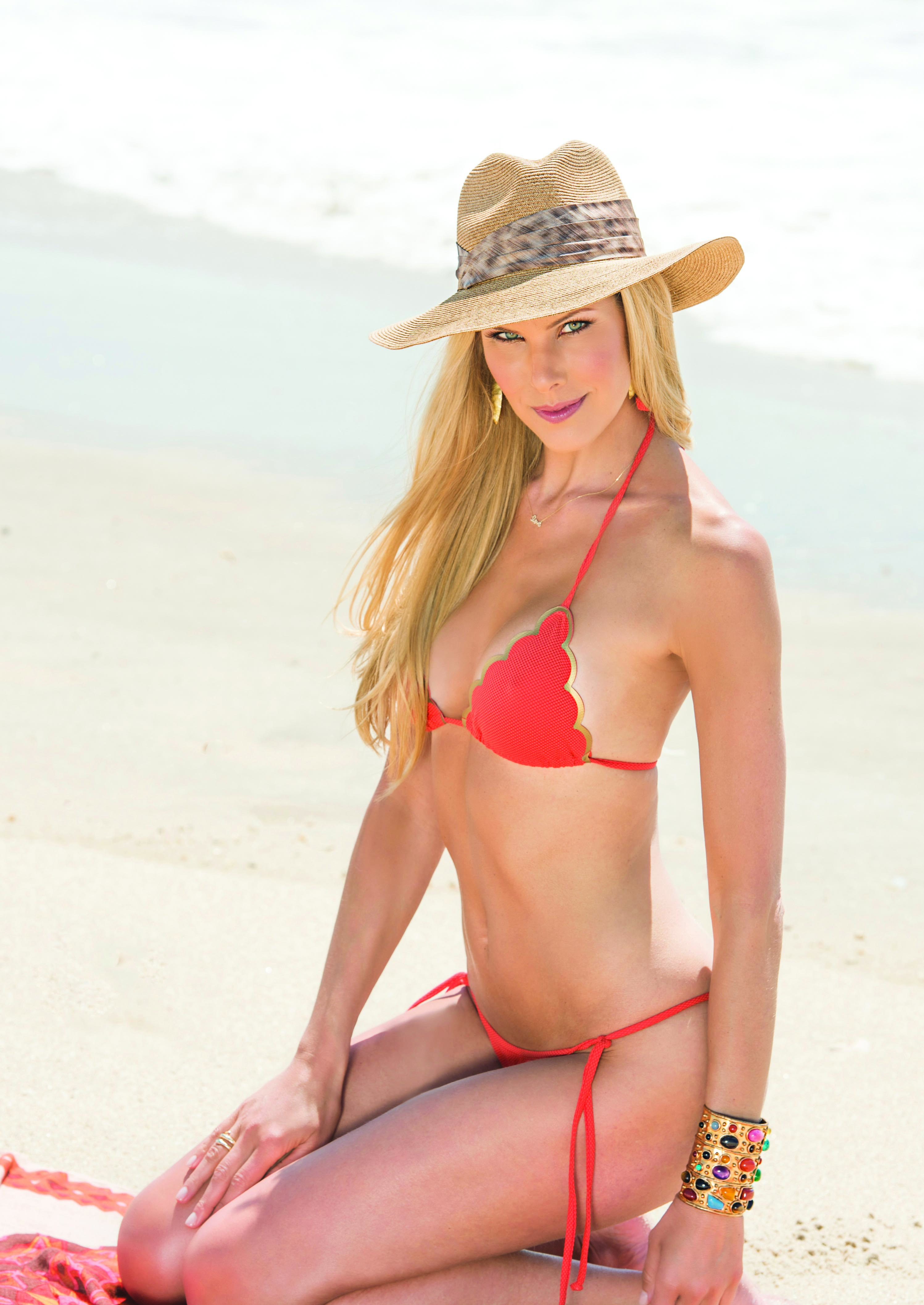 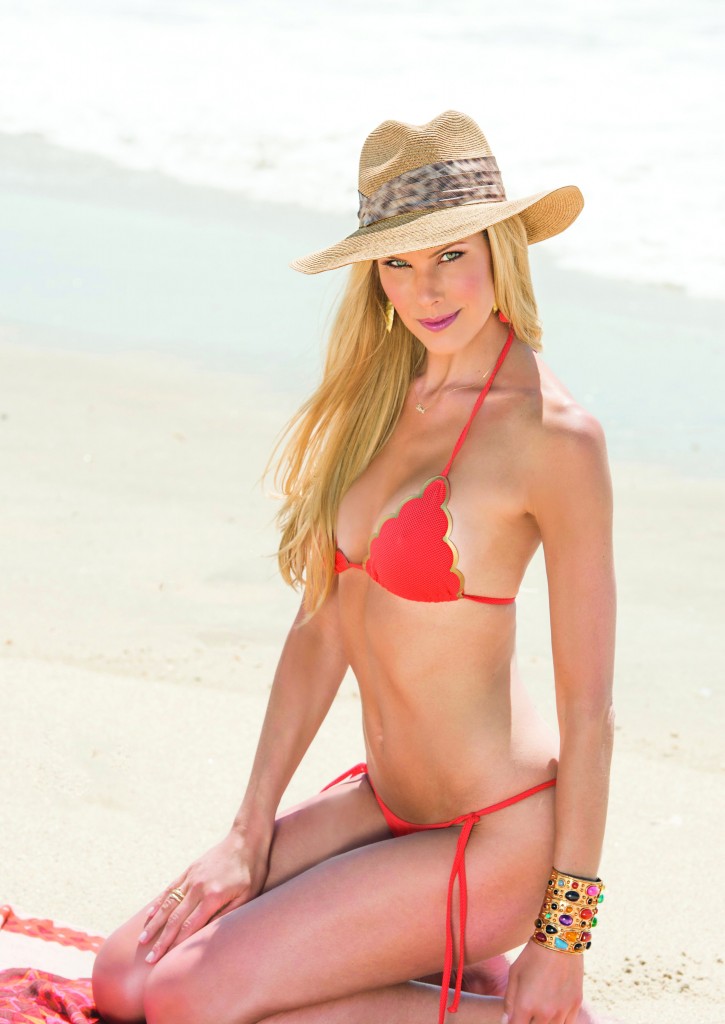 Pittsburgh born and raised, girl-next-door Beth Stern is not your average celebrity wife. Married to one of America’s best known personalities, Howard Stern, she is a woman of enormous compassion. She has built her life around working tirelessly on behalf of animals.

Beth and Howard live in an impeccably designed Southampton home just beyond the dunes. But the beauty most important to Beth is the beauty of nature. Her spirit is connected to the Hamptons in the most magical way, through her affinity for its endangered animals and their habitats. Don’t be surprised if you see the glowing beauty picking up rubbish on the beach to help protect animals from harm. With an enduring love for her husband, an unwavering dedication to her pets, and a commitment to saving wildlife, Beth’s inner beauty matches her outer loveliness.

The former model and recent host of Nat Geo Wild’s television show, “Spoiled Rotten Pets,” is one busy-bee, continually seeking out new ways to better the lives of orphaned animals. Beth and Howard have a serious soft spot for furry creatures. After the loss of their bulldog, Bianca, last summer, they decided to dedicate more time to helping Long Island’s Bulldog Rescue, a non-profit that helps homeless bulldogs find foster homes. Who knew there were breed-specific shelters! The power couple fostered a homeless bulldog and worked hard to find it a loving home. “It was bittersweet and I cried my eyes out when I handed her over to her wonderful new family, but it was one of the most rewarding, special experiences I’ve ever had,” says Beth, as a warm smile spreads across her face.

She and Howard were so inspired by the bulldog experience that they decided to foster cats from the North Shore Animal League America (NSALA), the largest no-kill rescue organization in the world, and on whose behalf Howard has been a spokesperson for 10 years. “A good friend of mine and I went to a local municipal shelter that we partner with, and because they were running out of room for new animals, I grabbed a litter of six precious kittens and brought them home to foster,” says Howard. “Luckily, my four rescue cats from NSALA have been very gracious, allowing me to spend much time nurturing the six kittens,” Beth adds. “My husband talks about our foster kittens regularly on the air and because of that, we’ve received numerous applications from people wanting to adopt them. I already have homes for all six, and once I deliver them to their new families next week, we’ll take in another batch of kittens.  Fostering is a very rewarding, wonderful experience.  I’m already preparing for the tears as I hand them over to their new families,” she explains. The couple has even crafted a nifty deal where Howard gets to name them and Beth hand delivers them to their new families. Howard is all for kitty heaven. He’s even trying to convince her to keep Tarzan, one of the furry critters that he’s fallen in love with. Some other names he’s come up with include Gwyneth, Tonto, Kimasabe, Ophelia, and Brenda Starr.

Beth is involved with a number of fun projects this summer that extend her work with animals. She was recently asked to be a guest curator for GILT, the website that sells top designer goods at a discount. This week she’s hosting a sale of her “Favorite Hamptons Things,” which include her favorite vendors and restaurants. A percentage of the proceeds will go to The Wildlife Rescue Center of the Hamptons, an organization that stole her heart when she first learned of its mission to save wildlife years ago. “We are hoping to raise a lot of money for Wildlife Rescue. One of the greatest things about living in the Hamptons is the wildlife that surrounds us. We need to protect, help, and nurture any hurt animal. This organization rehabilitates injured animals and releases them back into their natural habitats. I’ve even taken a course that trained me on how to transport a hurt animal back to the facility. It’s amazing,” she says proudly.  Her “favorite items” on GILT include a special “surprise” item of which 100 percent of the profits will go directly to this life-saving non-profit.  So get your witty one-liners ready, because on GILT you can now purchase a personal tour of Howard’s Sirius radio studio, which will include a “sit in” during his show’s news portion. Now that’s a fun treat you can’t typically purchase on-line.

Beth insists that “when you adopt a pet from a shelter, you are saving two lives. The one you adopt and the one you just made room for by freeing up space for another animal. The love you receive from a rescue animal is just priceless.” Adding to her plethora of giving, Beth and Howard recently started raising funds to build a second floor for the NSALA, which will house the new Feline Adoption & Wellness Center, to be named Bianca’s Furry Friends. This state-of-the-art, cage-free addition will help increase the number of cats that can be saved and significantly enhance the organization’s current capacity for sheltering cats.  It also frees up more room in the downstairs area to allow for more rescues of adult dogs and dogs from puppy mills. This campaign will launch on November 11 at a celebrity gala at The Waldorf Astoria. Beth and Howard will be co-chairing this event.

Beth is a lucky lady to have a husband who shares her love and passion for animals. “He’s a big giant mush when it comes to our pets. I fall more in love with him when I see him interact with kittens and dogs,” she shares.  Howard is an accomplished photographer, as evidenced in his photographs that accompany this article. “The way a husband photographs his wife is unique.  Another photographer could never elicit the same emotion from me,” she says.

When Beth is not saving the Earth’s animals a litter at a time, she carves out dedicated time to take long walks on the beach, bike along the tree-lined roads of the Hamptons, and spend quality time with her husband. Although she calls herself an “official crazy cat lady,” we beg to differ.  Beth is a grounded lady who follows her heart and makes the world a better place.

Q: What is your favorite beach in the Hamptons?

A: Southampton beaches are my favorite. I walk or run daily there. They are so private and magnificent. Running into a seal or two during the off-season is truly magical!

Q: In which town might we find you dining on a summer evening?

A: We love dining in Southampton, Bridgehampton, or East Hampton. You can find us at Red Bar, Tutto il Giorno, Bobby Van’s, Nick & Toni’s, or BLT at the Capri. We love these restaurants out East.

Q: What was the first thing that drew you to Howard?