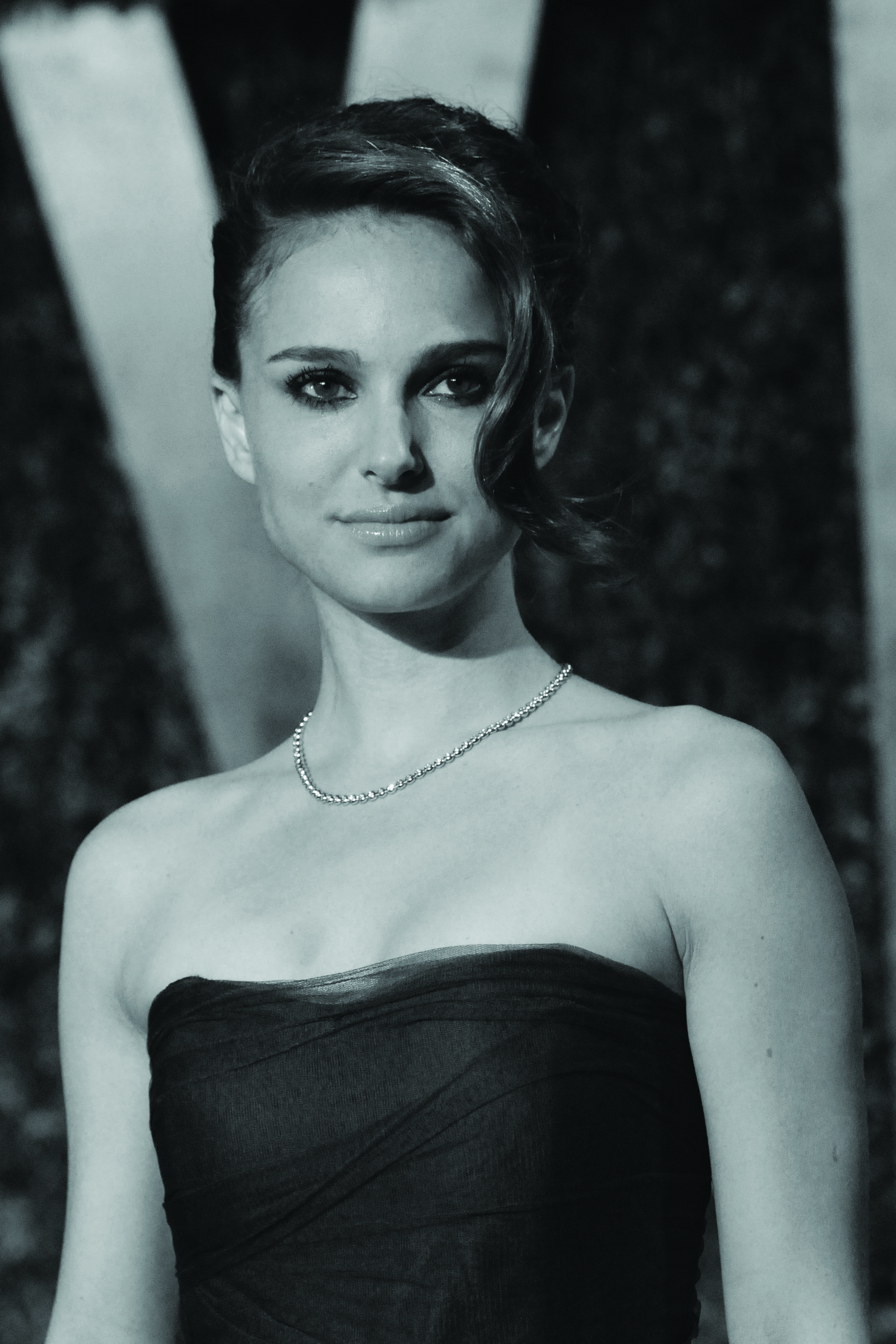 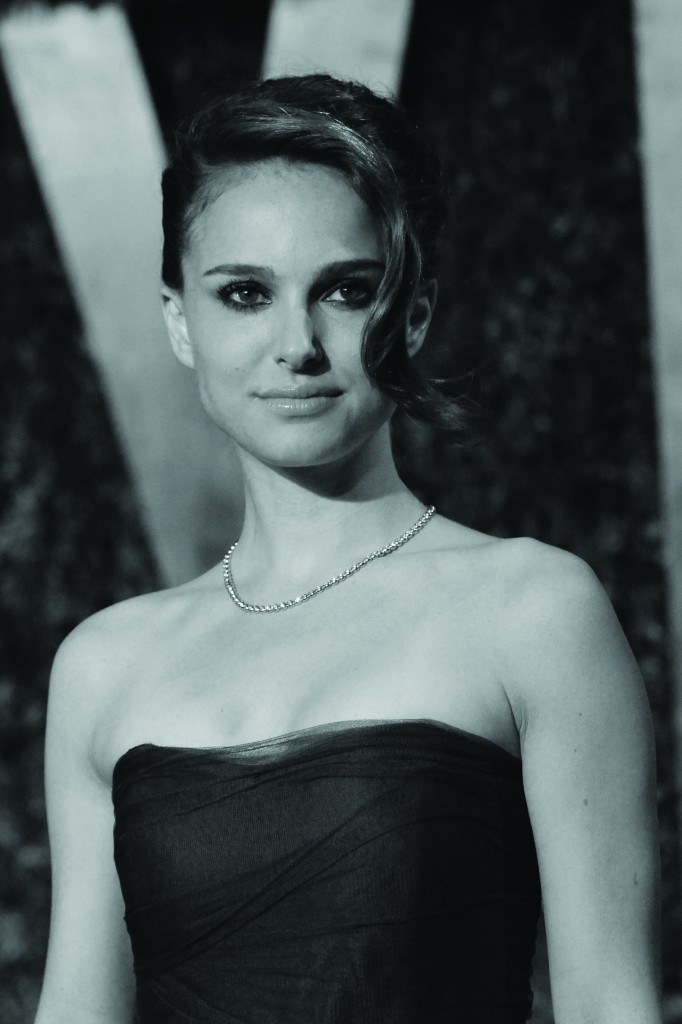 Written by Matthew Berritt. A little-known fact about Natalie Portman is that for her very first acting job — as an off-Broadway understudy — she replaced Britney Spears. Needless to say, their paths have diverged greatly since then.

For the most part, Portman keeps her personal life very private. She doesn’t spend her time with a gaggle of celebs; her closest circle of friends is mostly people from high school and college with a sprinkling of L.A. girlfriends. One of these, Rashida Jones, says Portman “would fight beasts 10 times her size to protect the people she loves. She is the kind of friend who can sub in and love you through the times when you can’t necessarily love yourself.”

Portman’s extraordinary steadiness is by all accounts due in large part to her devoted parents. Dad’s an Israeli fertility doctor and mom’s an American artist. The two have no other children. Mike Nichols, who directed Natalie in “Closer” and in the 2001 Broadway production of “The Seagull,” says that as a result, Portman “has a very solid, generous center, even though for a little while she was at sea in a world of narcissists.”

Portman says she was “definitely working at a young age, but there’s a whole growth in that.” When she was 11, she spent three months in France while shooting “The Professional.” On her days off, her mother would take her to Monet’s house and gardens in Giverny. After each visit, upon returning home, her mother would encourage her to paint a version of what she’d seen. When she traveled to Japan for the premiere of “The Professional,” her parents insisted their daughter be granted a week off to explore this foreign land. “OK, so I didn’t really go to high school parties,” she says, “and, yeah, I didn’t touch pot till I was in my 20s. I didn’t get flat-out drunk until I went to college. But I think that’s a good thing in many ways.”

While prettiness and gentility bog down many actresses, Natalie is the opposite. As Nina in Darren Aronofsky’s dark ballet tale “Black Swan,” she transforms herself from timid ingenue to raving madwoman. When Nina is cast to star as Odette/Odile, the white swan and the black swan in “Swan Lake,” she is pushed to break through her body and, quite literally, lose herself in order to be reborn as an artist.

“The only way to be perfect,” says Aronofsky, “is to allow chaos and madness into your life. Natalie has very few opportunities to express the dangerous side of her, and there’s a lot of colors there. She teases; she’s playful and sexy and so beautiful it hurts.” Portman lives in Los Angeles with her husband Benjamin Millepied and their 2-year-old son, Aleph Portman-Millepied. She confesses she will always be most comfortable in New York. “I’d always been really wary of L.A.; then I realized I liked it. But everyone important to me for my entire life is in New York,” she says. This includes her parents and her closest friend, Jeanine Lobell (founder of Stila Cosmetics). She has “fake siblings” as she puts it. “I always imagine that’s why I have so many friends in New York. I have probably 50 people that I’m very close to — so there’s constant interaction, but I don’t really see anyone regularly because it’s 50 people, whereas in Los Angeles I have five friends, and I see them every day. It’s the first time I’ve had really close girlfriends.”

Natalie is a vegetarian at home and a vegan when out, “I swear, I eat. I consume my own weight in hummus every day. I cook a lot, and I even do vegan baking. I like pleasure, I like joy. I’d never get to the point where I would starve or injure myself. I’m the opposite: when I’m hungry, I eat, and I always make sure I’m eating something delicious. I’m tough on myself in terms of the standards I want to live up to, but that’s also part of my pleasure: knowing you are being your fullest self. Being your fullest self is a lot of work.”

Natalie’s social consciousness knows no bounds. For the last 10 years, she’s been Ambassador for Hope for the micro-finance organization Finca (Foundation for International Community Assistance). She went to Washington to hit up Richard Holbrooke for substantial funds for Finca’s Afghanistan program, and appealed to the State Department, the White House, and the National Security Council, and to discuss Finca’s Haiti program with then Secretary of State Hillary Clinton.

Natalie counts two people as her mentors: Mike Nichols, and Jeanine Lobell. When Jeanine sold Stila, she took her family around the world for a year and Natalie joined them for five weeks in China.

“Natalie gets more and more beautiful because she’s a good person,” says Lobell, who’s seen more than just a few pretty faces in her time. “When people get older and they’re not good on the inside, it starts to show. That last scene of “Black Swan” — all the emotion is in every movement of her face. That’s testimony that actresses should go easy on the Botox. Everyone gets the face they deserve.”

With regard to her own beauty, Natalie is disarmingly modest. “I obviously do not see myself that way. I prefer ‘about beauty’ or ‘subject of desire.’ One can say that about all women, whatever their life and career.”

This native New Yorker and Harvard graduate, above all else considers herself fortunate and regularly counts her blessings. “I have always considered myself extremely lucky. I know very well that there are very few elected officials in this business and that many of us, despite their talent and hard work, will not come out of the lot. These are the laws of chance.”

Acting aside, between producing and directing, Natalie has three pictures in the works. As a starring actress, she currently has four films in post-production. Make no mistake: While the laws of chance are inarguable, Ms. Portman’s success is most assuredly not attributed to luck. Her talent is limitless and of the countless actresses with whom I have spent time through the years, Natalie is quite possibly the most levelheaded and kind person I’ve ever had the pleasure of meeting. From her big screen debut at age 11 to her first Academy Award at 28, Natalie is already Hollywood royalty. In fact, we are the lucky ones, as the best is yet to come.