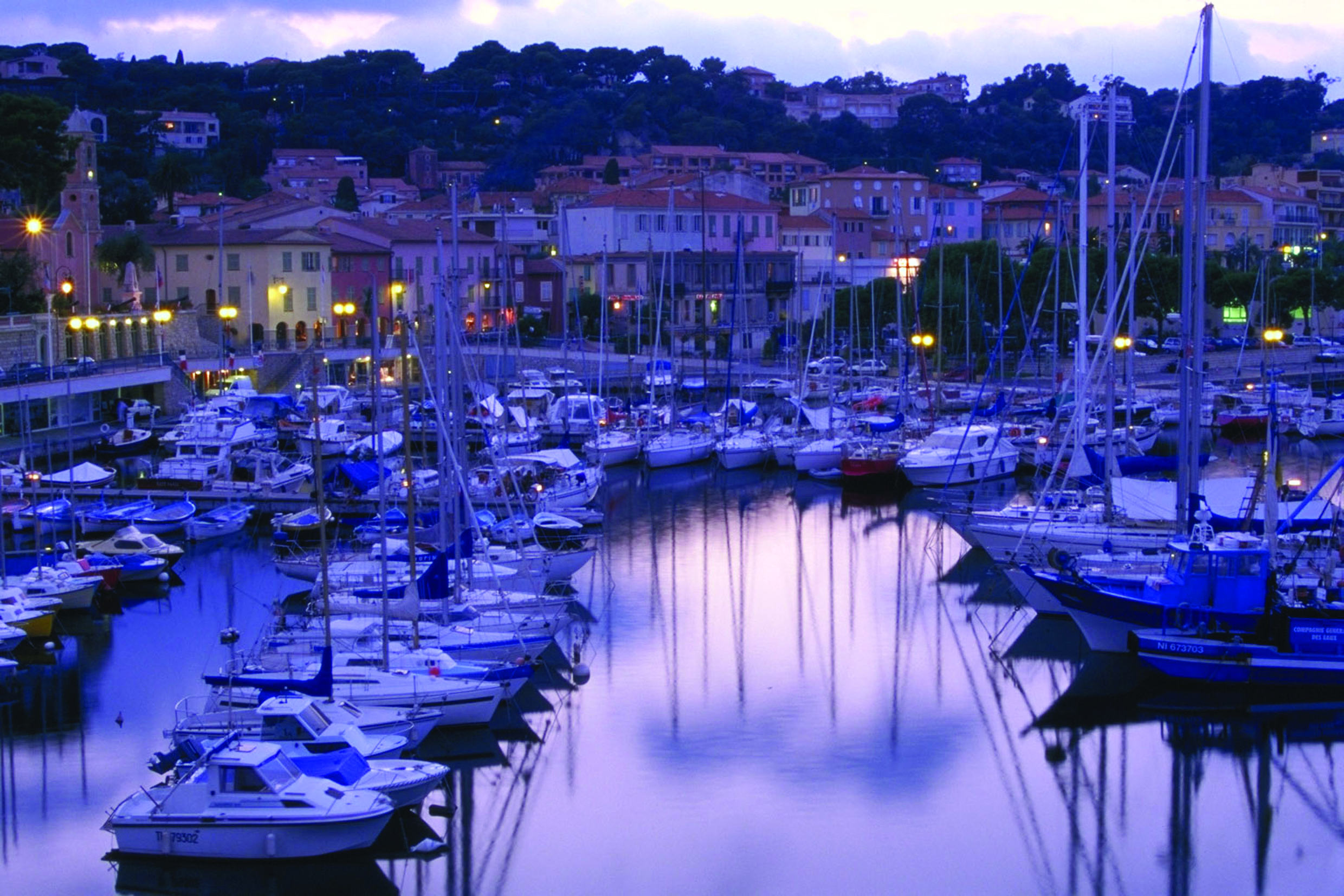 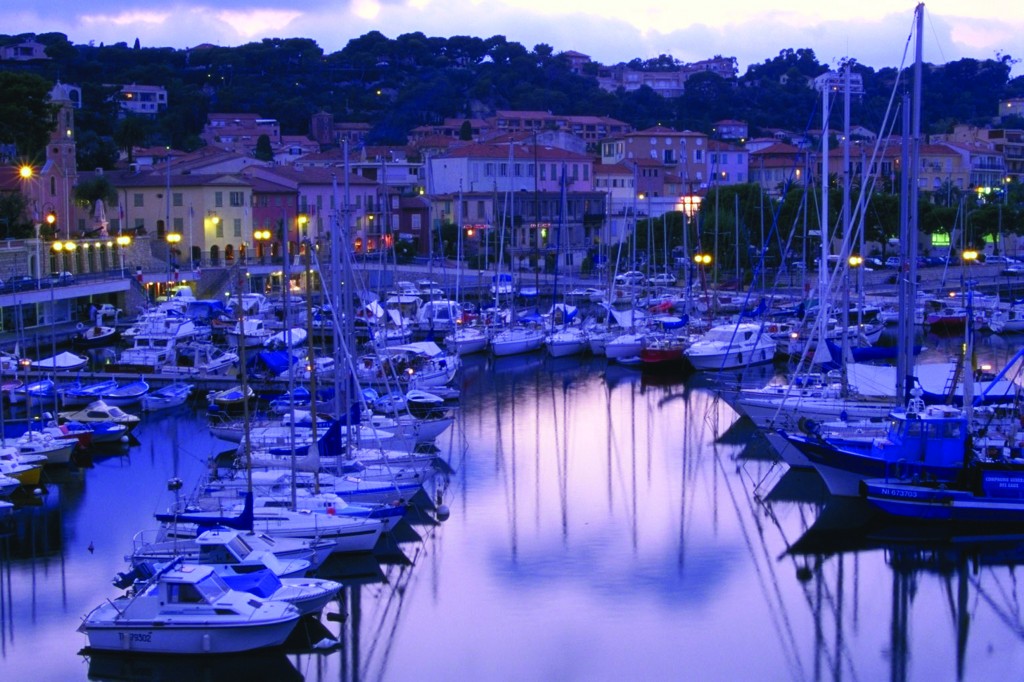 “Let’s just go to Cap Ferrat and get away from it all.”

My fantasy destination has always been a beautiful peninsula on the Cote d’Azur: St. Jean Cap Ferrat. One summer, I booked two tickets to Nice and picked up the phone to call my mother.

She laughed, thinking I was joking.

We packed fast and hopped the non-stop flight from New York to Nice. In a blink, we were driving along the storied Cote d’Azur, pinching ourselves to make sure it wasn’t a dream.

This part of France has always been the epicenter of glamor and elegance. It was here that world-famous author Summerset Maugham came to live in the late 1920s. during the glitter of the jazz age that clung to the villas along the coast. The Cote d’Azur has had an American connection for more than a century. In the decade before the depression, the wealthy Gerald and Sara Murphy — he from the Boston family who owned the Mark Cross luggage Co. — made Cap Ferrat a destination for the Paris literary set. They established their Villa America in nearby Cap d’Antibes and feted such people as Cole Porter, Zelda and F. Scott Fitzgerald, Ernest Hemingway, John Dos Passos, and Dorothy Parker. Just driving here and breathing the air seemed to boost my mood and creativity.

For all its aged glamour, it’s not a place of the past. Modern mega-wealth also resides here: 200-foot yachts cruise off-shore, and tech moguls and fashion divas have homes on the peninsula.

The great thing about this part of France is distances are short. Within 30 minutes of arriving at the airport, we were pulling into the entrance of our hotel in St. Jean Cap Ferrat.La Voile d’Oris a stately hotel in a converted 19th century villa, neighboring the port. With lots of old world charm, rooms have French doors that open onto vistas of the bay. The view is even more enchanting in the evening, when one can enjoy drinks on the lawn and view the lights twinkling along the coast.

The central location of the hotel, in the middle of the small peninsula, is ideal. It has a secluded, exclusive feel, yet is close to many popular destinations. Lunch in Monaco? No problem — just a 45-minute drive. Zip over to Cannes to walk on the plage? Why not.

Within the first few days, we investigated the grand Hotel Du Cap, a movie-star mecca where the glitterati stay during the Cannes Film Festival. Lunch on the terrace was exquisite, but formal and breathtakingly expensive. We went off in search of additional cultural icons.

The famous Villa Rothschild is a pink structure dominating the heights of the isthmus of Cap Ferrat. Built by the Baroness Beatrice de Rothschild, it’s the essence of whimsical extravagance. The mansion has views of the sea on all sides, and the gardens come to a point like the prow of a ship. The architecture of the house and garden was reportedly inspired by a memorable voyage the baroness took on the Isle de France ocean liner. Rothschild recreated the impression of a ship at sea, by dressing her gardeners as French sailors, complete with berets with red pompoms.

We took time to explore the entire coastline. The Grand Corniche is a treacherous mountain road that climbs the cliffs above the sea to a height of nearly 2,000 feet. One day, we drove the serpentine route, negotiating dozens of switchback turns. The vista is so spectacular that Alfred Hitchcock featured it as a location in the Cary Grant film To Catch a Thief. But the highway also has been the site of tragedy, where Princess Grace met her death.

We drove the spectacular Moyenne Corniche to the medieval town of Eze, a fantasy of cobblestone streets and tiled roofs. I had a memorable experience eating lunch out on the terrace of the famous hotel Chateau de la Chevre d’Or. Views of the expansive coastline spread before me, including Cap d’Antibes, Beaulieu-sur-Mer, and Villefranche-sur-Mer. My day on that terrace stayed with me for years: the sun-drenched patio, the beautiful, perfectly prepared mushroom ravioli, and glass of chilled white wine.

One morning, we were inspired to drive to the nearby Ile St. Marguerite, site of the Fort Royal, a French prison that once jailed the infamous Man in the Iron Mask. The fortress is on an island, located 15 minutes by boat from Cannes. Arriving at the barren place, we walked over the rocky ground, peering at the abandoned stone fort and descending into the dank former prison. The anonymous inmate died here in 1703, and the French novelist Alexander Dumas espoused the theory that the jailed man was the twin brother of King Louis XIV in his Three Musketeers series.

Another exciting excursion was a half-hour drive in the other direction to Monaco. We walked the lovely streets of the Principality, but then passed time in the fascinating Oceanographic Institute, where many artifacts are on display from the Victorian era of exploration. The Institute also shares exhibit space with state-of-the-art discoveries in marine science.

The best part of the trip was the absence of frantic touring. With distances so manageable, we were able to lounge in bed with our croissants and coffee in the morning, sightsee for a while, and then swim the afternoon away in the delightful salt-water pool at the Voile d’Or, soaking up the rays of the Mediterranean sun, wearing bathing attire that would raise an eyebrow at home. A real French indulgence. And who doesn’t need that from time to time?