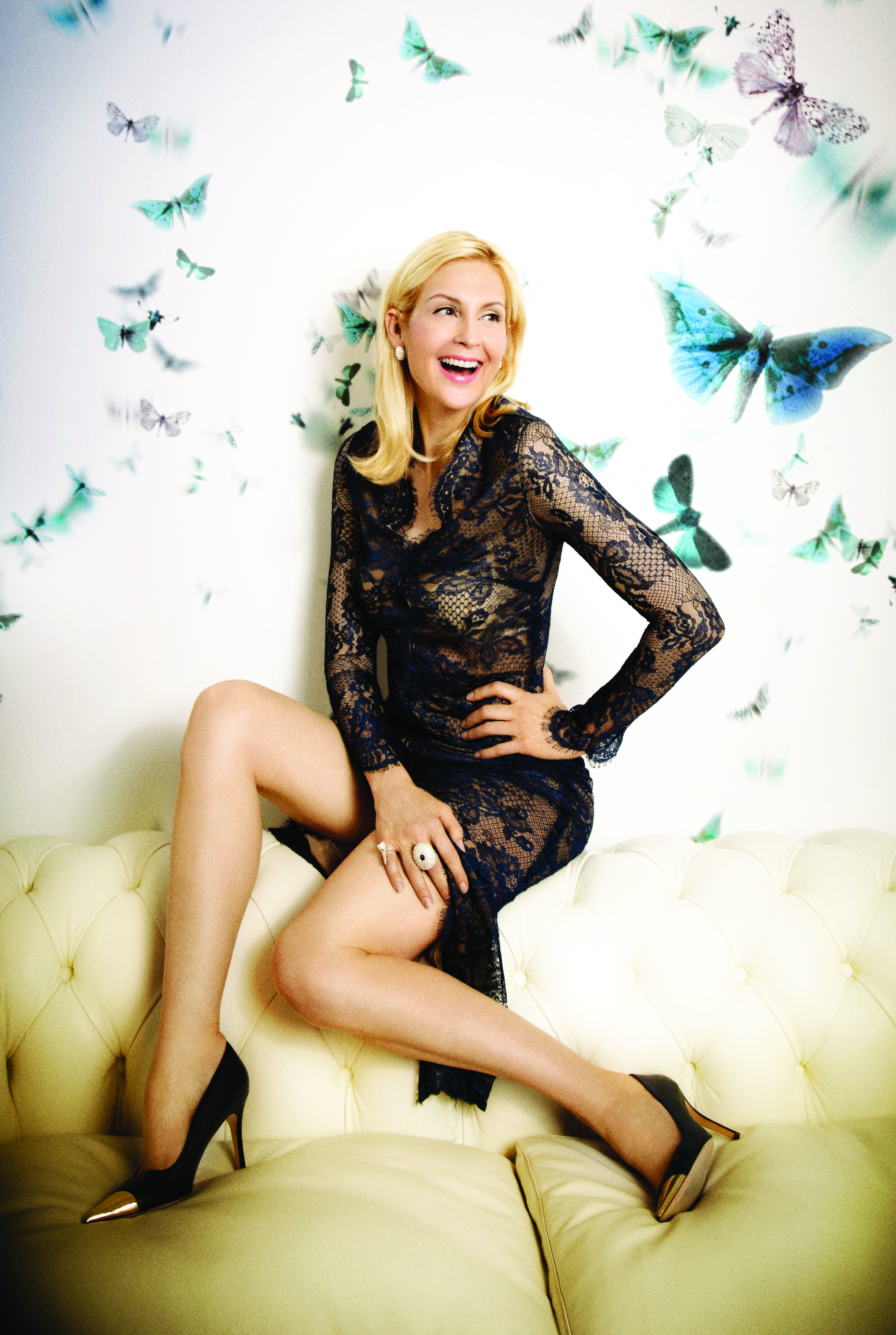 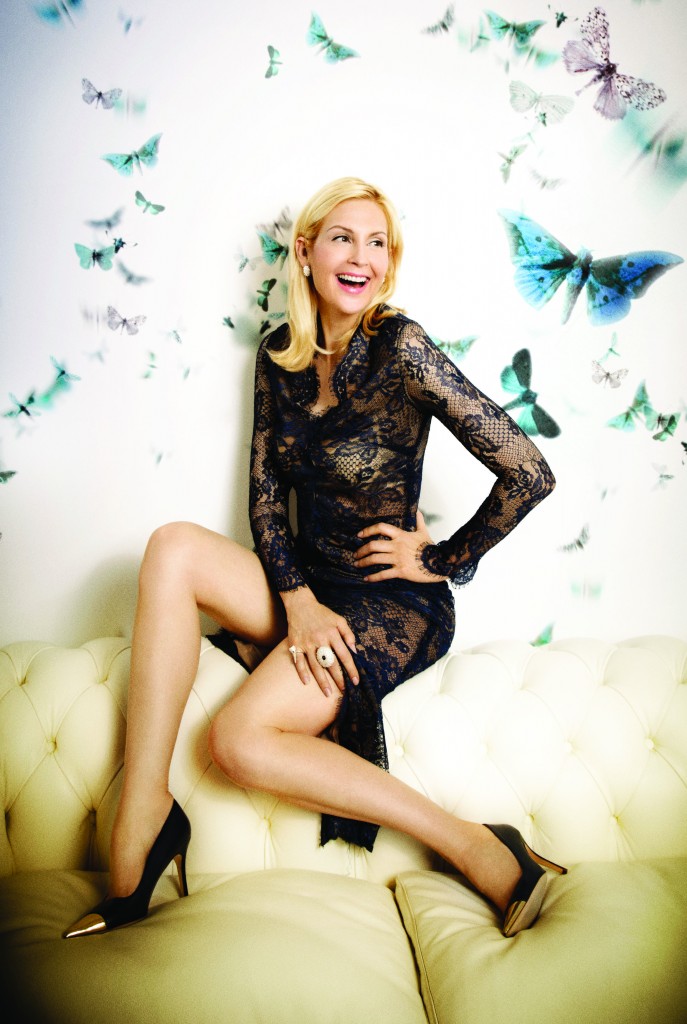 Written by: Devorah Rose. Kentucky native Kelly Rutherford made her acting debut in “Loving,” and later drew acclaim on another daytime drama, “Generations.” Her star truly rose to fame as Megan Mancini in “Melrose Place,” but she is best known and adored by viewers around the globe as Lily van der Woodsen in “Gossip Girl.” Having graced the covers of Avenue, Hamptons, and Quest (alongside one of our favorite editors, Coralie Charriol), there’s no doubt that Kelly is a society darling on and off television screens. When she steps onto the set of her Social Life Magazine cover shoot, her entourage is a bevy of smiling children. She wears ballet flats and her hair in a bun, reminiscent of Audrey Hepburn in “Funny Face.” She’s down-to-earth and understated, yet still displays the charm, classic fashion sense, and flawless beauty that must have led the creator of “Gossip Girl” to realize just how innately perfect she is for the role of Lily.

After she introduces herself to everyone on set, I lead Kelly, her lovely children and their two playmates, to the dressing room where racks of dresses are displayed over rows of shoes. “Helena, will you help pick out shoes?” Kelly asks her daughter, who immediately beams with delight, “Yes!” she smiles. Her son Hermes and the other children join in, and Kelly can’t stop herself from laughing. Her enthusiasm and joy are definitely infectious. I have to admit that the wardrobe, makeup, and hairstylist artists seemed more than happy to join in on the play instead of moving forward with the shoot. When you see someone so warm and kind, it’s hard not to let your guard down and just be silly for a moment. But, of course, the day must proceed, and the kids leave the set. Kelly settles down under the wardrobe mirror’s bright bulbs and light styling begins. When asked what she enjoys most about being a mother, Kelly responds: “Just the love in my heart! I have never felt anything like it. And, of course, our children will make us better people if we let them.” Her advice to new mothers: “It’s just about prioritizing and being patient with yourself and your kids. I think it’s a good example for kids to see a mother who both works and takes time to truly be with her kids. It is a great way to learn balance.”

Motherhood is such an important aspect of Kelly’s life that despite her tribulations, instead of growing jaded, she now champions women’s causes. Her empathy is a beacon of light to other women. When asked what charities she is involved in, Kelly answers: “Every Mother Counts, Healthy Child Healthy World, Free Arts, and Step Up Women’s Network. I support women and children. Mothers need a lot of resources today. We do so much … especially Mother Nature.” During the first shot, Kelly talks about the importance of eco-playcenters and living a green lifestyle with such zeal that during our lunch break, one of the production assistants, Kara, asks Kelly for healthy-living tips. And that’s the thing about Kelly. I couldn’t put my finger on it before but when she talks to Kara, she really listens to her. Kara tells Kelly that she grew up in a big family and that she now packs her own lunch in order to save up to move to Los Angeles. Kelly gives her the same audience she would have given to Barack Obama, exuding a warmth and genuine care for others unlike anything I have ever seen.

Although I was already a fan of her acting, I must say, after working with Kelly, I’m an even bigger fan of her as a human being. She truly personifies the word lovely. Her incredible humility, sympathy, and emotional depth — all critical aspects of being in touch with the human condition — must also contribute to what makes her a great actress. I could wax poetic on this subject. When asked about why she chose to become an actress, Kelly says: “I wanted to do something that was ever-changing and something I would always be inspired by. Acting is one of those careers. I love people, and I’ve always been curious about why we make the choices we do.”

Kelly, whose passion for acting began in her early teens, has played many roles to date, but Lily van der Woodsen remains her favorite. She reveals that Lily “was a new image for mothers. Not your typical mother who gives advice and has all of the answers. She was still figuring it out and was able to admit that.” When she isn’t busy working, Kelly enjoys spending time on the East End. “You can hide out and relax and when you feel like it, see friends and go to fun kids’ events, charity events like Super Saturday, and KidsFest.” Her ideal day in the Hamptons is going to the beach or doing whatever her kids would like to do.

Her passion for giving back becomes obvious when she’s asked about her future. As someone who genuinely wants to better the world, Kelly says: “I would like to write and do more public speaking. Conversations are good for creating change and transformation. Plus, we get inspired to take action this way.” I have no doubt that Kelly’s future choices and charity work will change the world, if not on a global scale, most definitely for those lucky individuals — us included — graced by her presence.