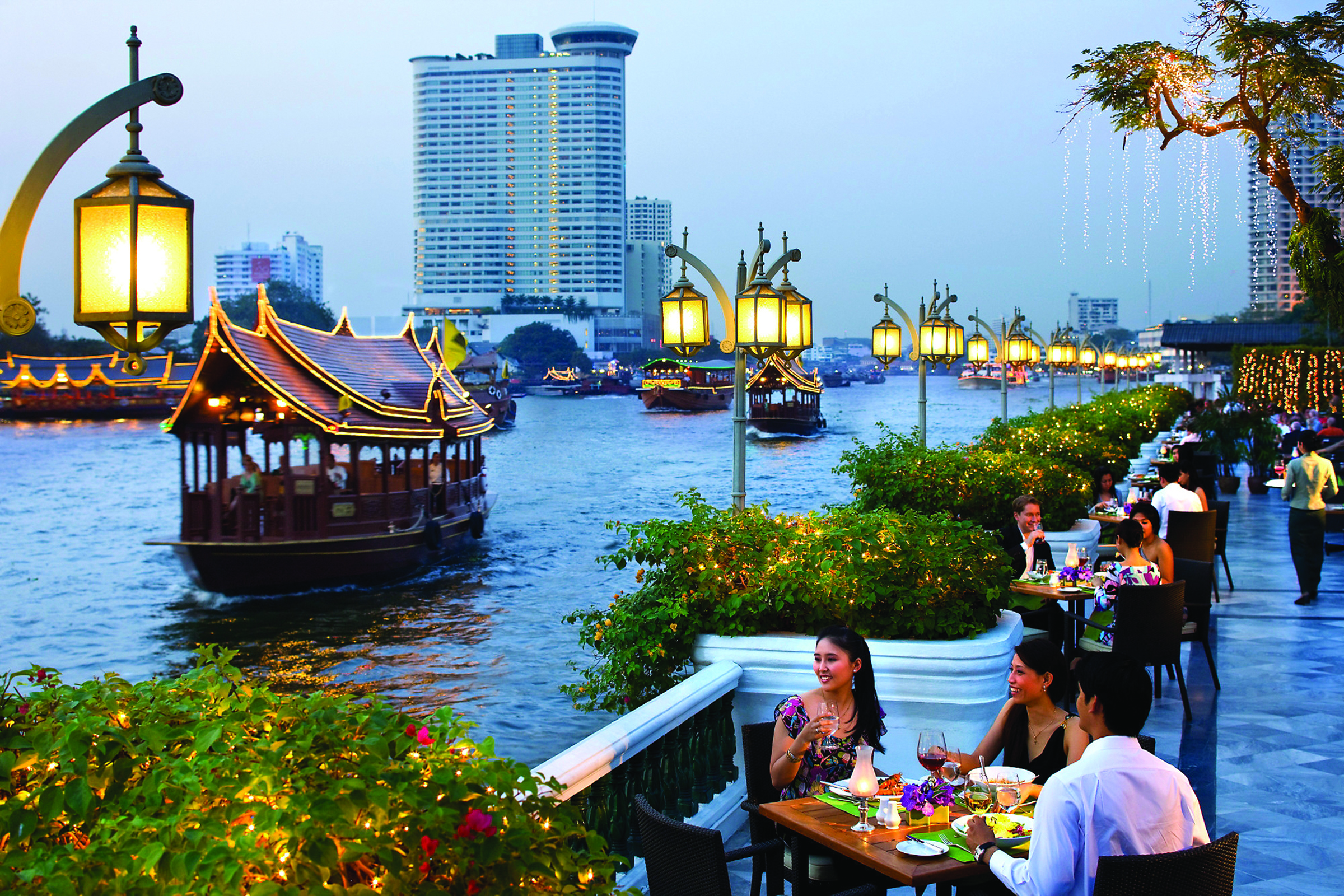 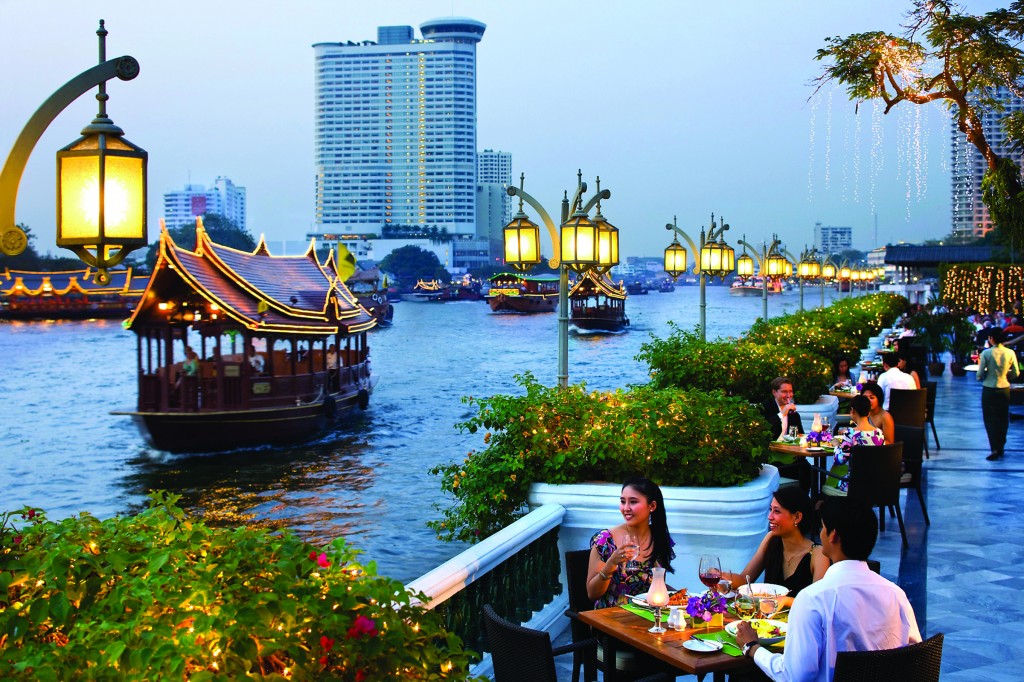 In the world of luxury travel, Asia has typically been less popular than Europe. While Italy and France remain atop the list of most-visited countries, the percentage of wealthy tourists visiting Asia is growing exponentially. I have traveled throughout the largest continent to find only the most exquisite hotels, accommodations, and restaurants.

Hong Kong is the city most reminiscent of New York; it is at once dynamic, authentic, and delicious. The original Mandarin Oriental is really the only hotel in Hong Kong worth mentioning. I had heard it was among the world’s best properties, but when I set foot in the Macau Suite, I was awestruck. This was one of the most beautifully appointed and extravagant suites I had ever stayed in. A sprawling five-room masterpiece with incredible views of the city and Victoria Harbor: pure perfection.

My personal butler greeted me with a welcome tea, and after a long bath in my giant marble tub, I wandered through my suite as if it were my first time in a hotel room. I knew I wanted to get out and see the city, but I didn’t want to leave that room. The hotel itself is legendary. Ideally located, it features 501 rooms and suites, a phenomenal spa, and 10 options for eating and drinking. Both the service and the food were divine, and I loved its mix of an Oriental aesthetic with Occidental amenities. Few hotels in the world are as special. mandarinoriental.com/hongkong

As the memory of Japan’s unfortunate tsunami fades, tourism to Tokyo — and to Japan in general — is increasing every month. It is now more convenient than ever for New Yorkers to visit this extraordinary destination. American Airlines has opened direct service from J.F.K. to Tokyo’s Haneda airport, which is a traveler’s delight because it’s just a half-hour from downtown Tokyo.

The mood in Tokyo today is positive and enthusiastic, as might be expected in a culture where the traditional Buddhist ideal of impermanence is so strong. Everything changes, and change is to be celebrated as an incentive to living life to the fullest, and Tokyo residents definitely know how to do this. The city offers its visitors a contemporary mixture of history, art, and culture: the Imperial Palace, museums, lively nightlife, amazing shopping, and incredible dining. Tokyo is the face of Japan, where ancient tradition and modernity coexist harmoniously.

One of the leading hotels in Tokyo is the Imperial Hotel. Over the last century, it has welcomed royalty, heads of state, celebrities, and top international businesspeople. It is little wonder why the Imperial Hotel is unquestionably one of the greatest hotels in East Asia.

The hotel is located just south of the Imperial Palace grounds, next to the previous location of the palace moat. The modern hotel overlooks the palace, the 40-acre Western-style Hibiya Park, and the Ginza neighborhood.

The Imperial Hotel opened in the 19th century to accommodate the growing influx of Westerners to Japan. The original hotel was replaced in 1923 by a modern structure designed by Frank Lloyd Wright. The current Imperial Hotel was erected in 1970.

For much of its history, the hotel was owned by the imperial family. This should provide a clear sense of the grandeur we are talking about, and that’s before I even mention that Princess Sayako chose the Imperial Hotel as the venue for her wedding.

The Imperial Hotel is considered the most international in Tokyo, which perhaps explains its high popularity with locals. It has a plethora of dining options. The Imperial Palace’s official banquet fare was French cuisine, which explains the French influence on the hotel’s dining scene. Les Saisons is its most popular restaurant, particularly since its recent redecoration. It offers the finest in French cuisine, prepared by the brilliantly talented Thierry Voisin, fresh from Michelin-starred Les Crayères in Reims, France. imperialhotel.co.jp/e/Tokyo

Known for its vibrant street life, the Chao Phraya River that runs through the heart of the city, and diverse and delicious food, Bangkok is a city not to be missed. While it may not be as refined as Tokyo and Hong Kong, the people of Bangkok are warm, inviting, and always willing to help out a foreigner.

For more than 120 years, the Mandarin Oriental has been welcoming travelers, and the experience shows in the service of this timeless establishment. A key to its longstanding popularity is its location. As a riverside hotel, it was ideal for travelers riding on the Chao Phraya from the Gulf of Thailand. Guests would have had easy access to Bangkok’s Venetian-style canal system and be a boat ride away from the Grand Palace (now part museum, part palace), and Bangkok’s oldest and largest Buddhist temple, the Wat Po. The Mandarin Oriental is not just adjacent to Bangkok’s history; it is integral to Bangkok’s history.

To delight in Thai culture, visit the hotel’s Oriental Spa, which is frequently voted among the best in the world. The wholeness of spiritual, mental, and physical wellbeing is a much sought-after state in the Far East, particularly in Buddhist countries. The spa reflects this, with treatments available not just for beauty and physical comfort, but for spiritual nourishment, as well. All standard services are available in 10 treatment rooms and five specialty suites, including one for Moroccan Rhassoul clay treatments. And, of course, they offer yoga classes and meditation to look after your inner self.

Each hotel room is designed for both your comfort and aesthetic pleasure. From the homey two-bedroom suites for families to the Mandarin room with stunning riverside views, there is a room for every type of traveler. The Selandia Presidential Suite and the Royal Oriental Suite are, however, the finest rooms in the hotel, and I do not hesitate to say that these two suites are gorgeous. The only drawback is that you may find it too difficult to leave. mandarinoriental.com/Bangkok