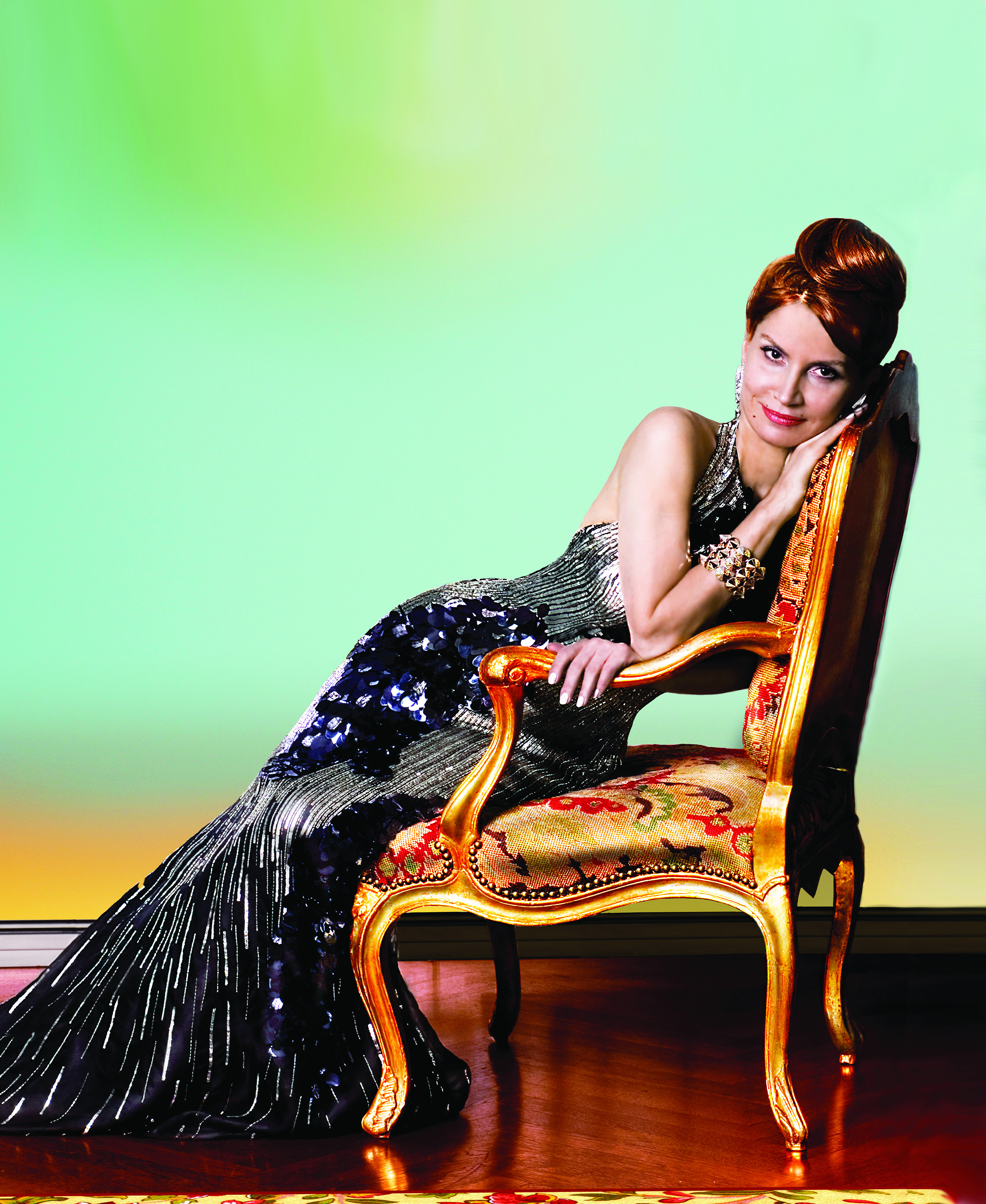 Family, giving back to the community, and animal advocacy are the foundations of Jean Shafiroff’s life. Married for 32 years to Martin Shafiroff, an investment advisor, the couple has two daughters, Jacqueline and Elizabeth. Jean is also a writer who’s working on a book about philanthropy. “Some of us are empty nesters now and have the time to help others. I think part of my job is to help people realize that with a little effort, they can be of real value to those in need,” says Jean. A native New Yorker, Jean received her master’s degree from Columbia Business School before embarking on a career on Wall Street. She says, “I am happy I got my MBA because it taught me invaluable lessons I have used to organize benefits and create budgets, which is critical for every charity.”

Although she had quietly raised funds for several charities, as well as for Dalton and Columbia Prep, where her children went to school, Jean only entered the world of philanthropy on a larger scale after her children went off to college. “I was a stay-at-home-mother and was there to help my children with their homework and have dinner with the family,” Jean recalls. “I loved being a mother and being there for my children.” Although it may be hard to envision, Jean likes to cook. “I remember when my daughters were growing up we were always getting ready for a bake sale at their schools. I love making bread and brownies; I think I’ve made thousands of brownies,” Jean says with a chuckle. “A lot of the schools in New York teach students about giving back to the community. I think we need more of that kind of training across the country. My children saw that my husband and I believe in the spirit of generosity, and I think because of that, they got involved in their own causes,” she adds. Martin Shafiroff regularly escorts his wife to events, but not to all of them. “My husband likes my sense of independence and my work ethic,” says Jean with a smile.

The Shafiroffs live on Wyandanch Lane, which, because of its stately trees, is one of the Hamptons prettiest streets. “I love spending time with my family. We like to sit in the backyard looking at Old Town Pond and play with the dogs and go swimming. Then I go biking or walk down to the beach. You can have a very quiet time in the Hamptons and that’s something that I absolutely love because I think we all need to get away,” Jean muses. “If you want parties, we have lots of parties. If you want great restaurants, we have great restaurants. As a family, we like going out, but I also like to stay home and make an omelet for everyone. I like a lot of the food stores, such as Schmidt’s and Catena’s. I love to eat; I think I live in Schmidt’s during the summer buying produce,” she continues.

Jean, who is now an indefatigable force for good from the Hamptons to Manhattan, has been on fact-finding missions to Colombia and Argentina. In Panama City, she and her daughter Elizabeth rescued a street dog from a shelter that Trudie Styler and Sting’s daughter Mickey eventually adopted. In July, Jean was part of a round table discussion with Michelle Obama; they exchanged ideas about empowering women, marriage equality, same-sex adoption, education, animal welfare, and conquering childhood obesity. Last year, she attended Lady Margaret Thatcher’s state funeral in London and initiated her support of the Royal Hospital Chelsea, where an infirmary is named after Thatcher, a former prime minister. In Paris, she regularly meets with the French Heritage Society, on whose board she serves. “I feel it’s my responsibility to give back to the communities I live in and the places I visit,” asserts Jean, who also serves on the Advisory Board of Lighthouse International and the boards of The New York Women’s Foundation, Southampton Bath and Tennis Club’s Charitable Fund, and the Jewish Board of Family and Children’s Services.

Jean enjoys dressing up and is known for her collection of glamorous ball gowns that she wears out to a seemingly endless string of galas. “I’m not out every night, but I’m out,” she laughs. “I think it’s vitally important. If you want people to support your charitable interests, you need to get out there and support theirs. Writing a check is good, but people like you to show up.” Jean, who is on the board of the Couture Council of The Museum at FIT, divulges, “I’m planning on donating my collection of ball gowns to a museum, but not just yet. I’m still wearing them.”

This June, Jean was honored by the Ellen Hermanson Foundation during its Summer Solstice Celebration at the home of Ellen and Chuck Scarborough. “I was extremely flattered to be recognized alongside Bob Chaloner; he’s done a great job as president of Southampton Hospital. Lee and Julie Ratner created the foundation in honor of their sister, Ellen Hermanson, who died of breast cancer. Both my mother and grandmother had breast cancer, so it’s personal to me. As an honoree for any organization, the first thing you want to do is go out and ask people to buy tables and help get sponsorships as well as introduce them to new donors and tell people about what they’re doing,” explains Jean, who has chaired the Southampton Hospital’s annual summer party three times, helping raise over five million dollars. “I believe in a team approach. I’ve had the opportunity to work with great teams of people, volunteers, and staff who are very committed to their goals. Through teamwork, we all do it better. I am inclusive, not exclusive,” she comments.

A passionate animal advocate, Jean chaired the Southampton Animal Shelter’s Unconditional Love dinner dance this past July for the third year in a row. Michael Bloomberg came out to support the event that honored his daughter Georgina Bloomberg, who shares Jean’s commitment to finding caring homes for orphaned pets. Jean came to the shelter through her youngest daughter. She recalls, “Elizabeth introduced me to the shelter and said, ‘Mom, I think you should get involved here.’ I met the group led by Susan Allen and Jonathan McCann, loved what they were doing, and offered to help any way I could. They asked me to chair the benefit in 2012, and the first thing I suggested was that we turn the event from a cocktail party into a dinner. We had a beautiful evening at the home of Sandra McConnell and we quadrupled our earnings. The shelter ranks in the top 10 percent in the United States and has a serious group of professionals and volunteers working there and a very devoted board,” Jean reveals.
Jean’s newest mission was also inspired by Elizabeth, who began fostering pit bulls that were going to be euthanized. This spring, Jean and the photographer Patrick McMullan hosted a party called Pit Bulls as Pets to raise awareness for the Southampton Animal Shelter’s adoption program. The Shafiroffs have four dogs, including two pit bulls named Bella and Daisy, and a cat named Elijah that Elizabeth rescued. “Jackie, our oldest daughter, started by adopting Charlie from Animal Control in New York. Charlie is our dachshund. We all saw how much joy Charlie brought to the family, so Elizabeth started adopting. Her first dog was Rusty, a shiba inu from New York City Shiba Rescue,” explains Jean. “Then Elizabeth started adopting pit bulls. She found Daisy, her beautiful brindle pit bull, who is full of life. Then she brought in Bella. After World War II, it was the German shepherds and Dobermans that were stigmatized. At this point in history, it’s the pit bull. But it’s a joy to work with this breed because these animals can’t speak for themselves.” One dog in particular made her want to do more for this misunderstood breed. “Our dog Bella was abandoned and tied up to a pole in a parking lot in the Bronx. She was two and had recently given birth so Elizabeth brought her home,” she remembers. “I was afraid of Bella at first, but Bella was more afraid of us than we were of her. We were initially going to foster her, but the family fell in love with Bella and we decided to keep her.” Bella caused a soft spot for pit bulls to develop in Jean and she decided to learn more and get involved in pit bull advocacy. “Pit bulls are terribly discriminated against. As with any dog, they have to be trained. People don’t understand pit bulls but they can be so full of love. They even take care of the other dogs! They’re like the mothers in the family,” Jean explains beaming. “They’re also very sensitive. If you’re not feeling well, they’re there right alongside of the bed with you,” she adds.

This year, Jean was presented with the Dina Merrill Hartley Public Service Award by the New York City Mission Society, whose bicentennial gala she chaired in 2012. “The Mission is especially near and dear to my heart because the children served are part of the most underserved population in New York,” she says. On August 30, she will co-chair the Society’s summer event with Stanley Rumbough at the home of his mother, Dina Merrill Hartley, in East Hampton. Jean is completely committed to the multiple causes she champions and enjoys connecting different groups with the right people and resources to help them succeed. By taking on various roles from junior committee member to board member and hostess to underwriter and finally chairwoman, she has learned from the ground up how to get the job done. Jean remarks, “I don’t waste time. I’m always doing something. I am very privileged and blessed to be able to do all these things.” Jean’s work has not only been a successful endeavor of love and charity, but also serves as a continuing inspiration for others to give back and spark change. “I want to keep moving forward and explore new areas in philanthropy. We all can make a difference,” concludes Mrs. Shafiroff, adding, “I just love people.” 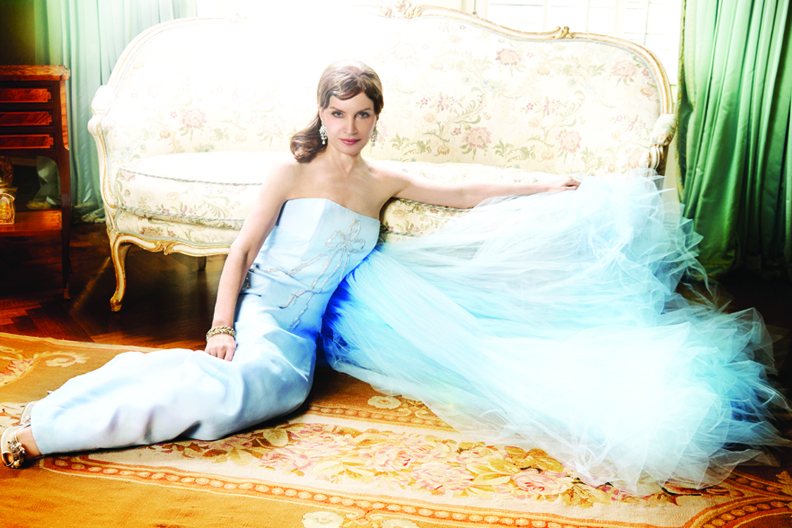 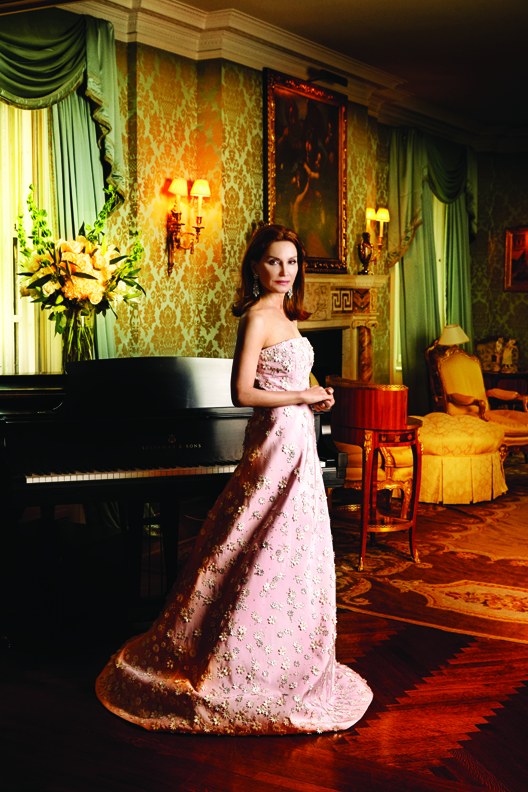