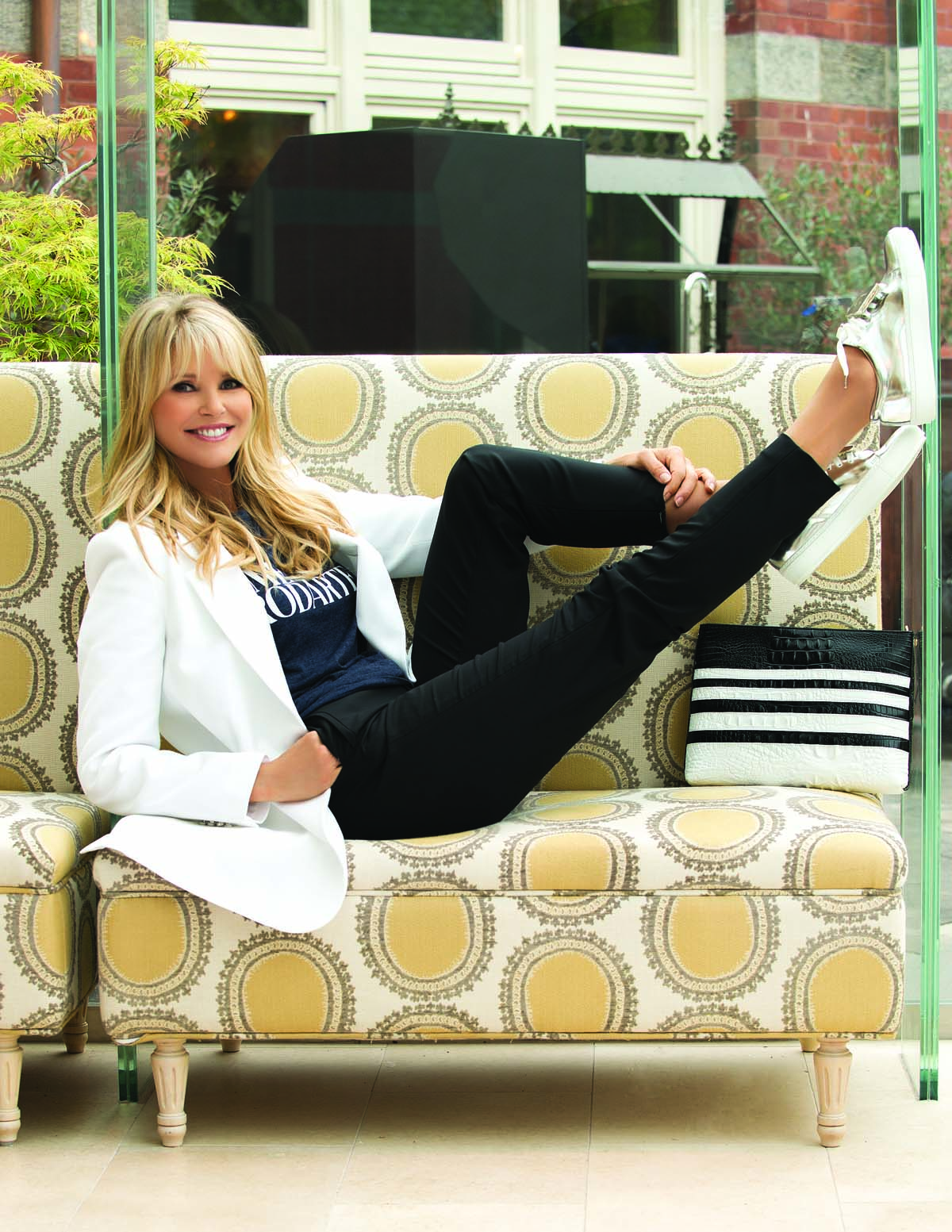 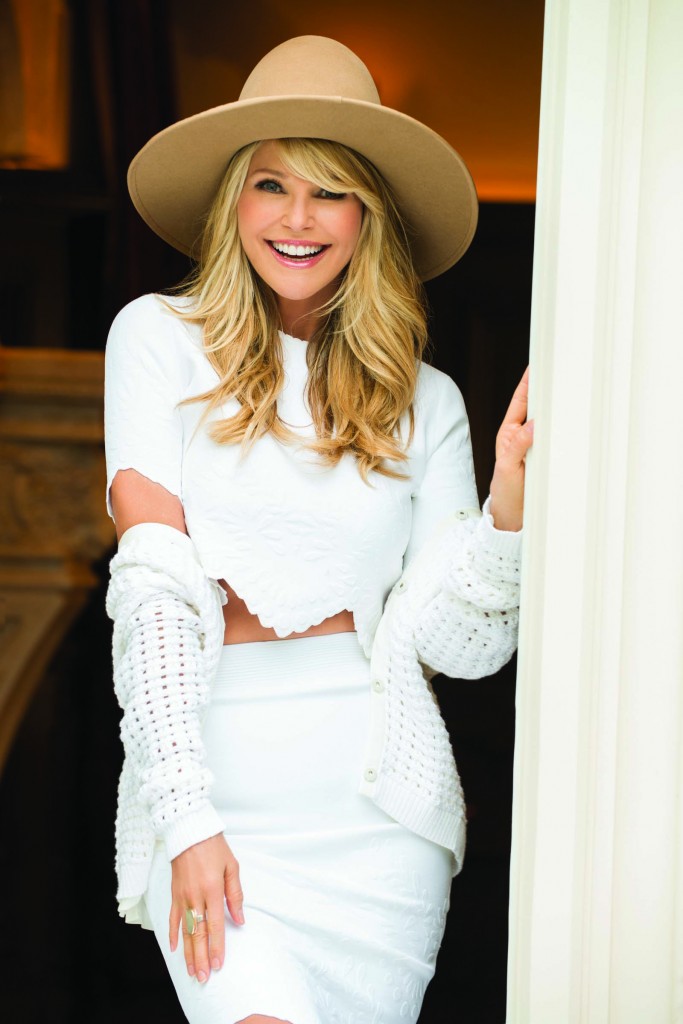 When I walked into the cover photo shoot and first set eyes on Christie Brinkley, her bright smile lighting up the newly renovated Tavern on the Green, I was struck by the synchronicity of the event. It was the meeting of two icons. Beauty and fashion goddess Christie Brinkley—the face of Cover Girl who landed the cover of the Sports Illustrated swimsuit edition three years in a row — and a restaurant that had become part of the history of Central Park and had captured the hearts of New Yorkers. When the restaurant, which first opened in 1934, closed five years ago, many felt the pang of loss as the blue and white lights that transformed the surrounding trees into an enchanted forest were taken down.

But this spring, after a two year and $17 million renovation, the restaurant reopened in the expert hands of new owners, the restaurateurs David Salama and Jim Caiola.

The day of the cover photo shoot, grey clouds loomed over the panoramic views of Central Park, but Brinkley’s ephemeral energy lit up the room as she struck poses in front of a grand fireplace and a chandelier made of brass horses, just one of the restaurant’s new additions. “We’ve brought in a few elements from the Victorian Gothic architecture of the masonry back into the building. One of the proudest accomplishments is the wall framing the open kitchen, which ties in the delicate columns from the exterior,” said Salama.

With the restaurant’s official launch only days away, the graceful model held her focus as final preparations took place in the courtyard behind her. Gardeners planted night meadow sage and workers strung lights over the space that used to house the famed Crystal Room. The glass enclosure was removed four years ago, but Salama said, “We paid due respect to it by framing the now open space with a web of string lights dressed in hand-beaded crystal shades. The result is a magical constellation of 480 chandeliers that are open to the sky above.”

Christie was amused by the commotion happening around her as she commented, “Our photographer was great at finding places to shoot when there were tractors everywhere and a million people walking through the shot. It was pretty funny.”

On being asked what it was like to welcome Brinkley to his restaurant, Salama said, “So very excited to see the glitter return to Tavern on the Green. The setting is much more natural and allows for a perfect backdrop where the guests are the sparkle, not so much the additional glitter of crystal chandeliers and
brocade patterns.”

And it’s true. Standing before the muted hues and carefully selected details, Brinkley was electric.

The restaurant’s opening is perfectly timed for the summer, a season Brinkley looks forward to enjoying in the Hamptons. “I am loving being able to do my yoga on my bedroom terrace warmed by the early morning light reflecting off the ocean,” Christie said. “My citrus, gardenia, and jasmine trees all come out of the greenhouse and the fragrance is divine as I focus on
my breath.”

She also dreams of spending time on the Hamptons beautiful beaches. I asked the iconic supermodel what she packs in her tote on the average beach day. “When it comes to a beach bag for a full day at the beach, I am ready for anything, but when it’s a spontaneous jaunt, my top five must-haves: iPhone or camera, sunblock, umbrella, towel, and hat  . . . and a sweatshirt and bottle of wine if the sunset is in the equation!”

Brinkley treasures these moments of relaxation as the rest of her day is often chaotic. As a mother, humanitarian, and entrepreneur, Brinkley is busy with upcoming projects, including a book on holistic beauty and style.

“After I did my “Happy 60th Birthday” People Magazine swimsuit cover in February, I was bombarded with requests to write a book. I also realized it had been decades since I wrote my first [New York Times bestselling] beauty book and I have been in the beauty and fashion industry for longer than I care to divulge!”

Brinkley has worked with the best style teams and wants to share the secrets she has picked up along the way. She also wants to share her own philosophy on health, wellness, and fashion. When asked to define beauty, the supermodel answered, “It’s an energy field you project around you that makes others feel happy.”

Brinkley has also been busy launching her own line of hair extensions and wigs. They are currently available online at hair2wear.com and will soon be in stores. “We have so many great colors and each piece is made with several shades of hair color so they are really great at blending in with your own. I can’t live without knowing I have my extensions and ponytail so I can run out the door at the drop of a hat!”

Beyond beauty and fashion, Brinkley is passionate about protecting the elephants and rhinos of Africa. She is involved with the David Sheldrick Wildlife Trust, a charity that works tirelessly and effectively in many areas — from anti-poaching to fostering programs.

“I fell in love with the African elephant twenty-eight years ago when I first went to Africa with Sports Illustrated for the swimsuit edition, and I have been lucky to have been able to return many times since,” Brinkley explained.

Recently, she took a trip to Africa with her daughter Sailor, an experience that she treasures. “My daughter saw intelligent, dedicated, passionate people working hard to make our world a better place and to have her introduced to such amazing role models was an honor we will always remember.”

Sailor shared photos and what she learned with girls her age in Teen Vogue and even went on ABC’s The View, spreading the message to “Say no to ivory,” Brinkley said. “We both shared with our friends on our Instagram and Facebook pages how to adopt baby elephants and rhinos and as a result hundreds of baby elephants now have caring passionate ‘parents’!”

As the day of the photo shoot came to an end, the photographer began packing up her equipment and Brinkley slipped off to change out of her final outfit.

I was grateful to have spent this time with Christie Brinkley and visit for the first time the reincarnation of a restaurant that I remember going to as a child. I was also excited to have received an invite to the restaurant’s opening night gala happening the next week.

The evening of the party, I returned to the restaurant walking down the red carpet. As I meandered around the party, I remembered fondly the excitement of being there days before watching Brinkley’s photo shoot. In the places where she posed for the camera, now stood men in tuxedos and beautiful women in long dresses. The room was buzzing with guests drinking champagne and sampling the restaurant’s tender filet mignon and tuna carpaccio. A band played in the center of the courtyard under the lights of 480 chandeliers. The magic of yesterday had returned, but with new splendor.

As I stood looking out at the crowd, I found myself thinking again about the word “icon” and its meaning of ideal, archetype, and everlasting sparkle that endures the passage of time.

Christie Brinkley embodies all that and more. 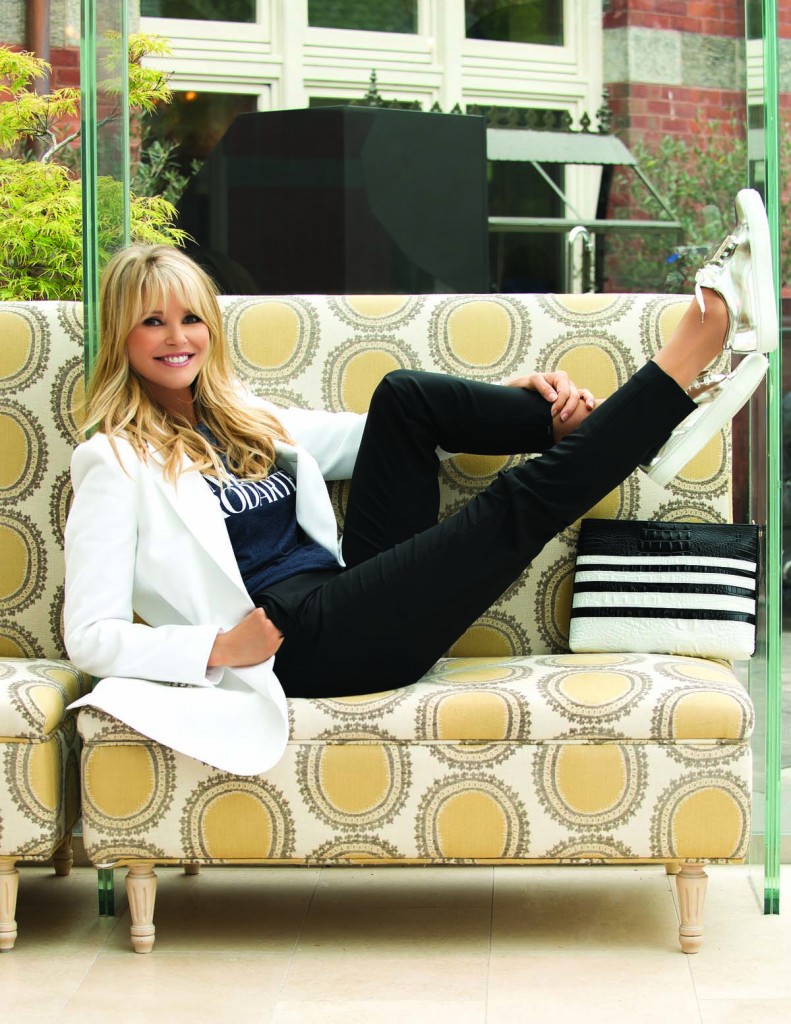 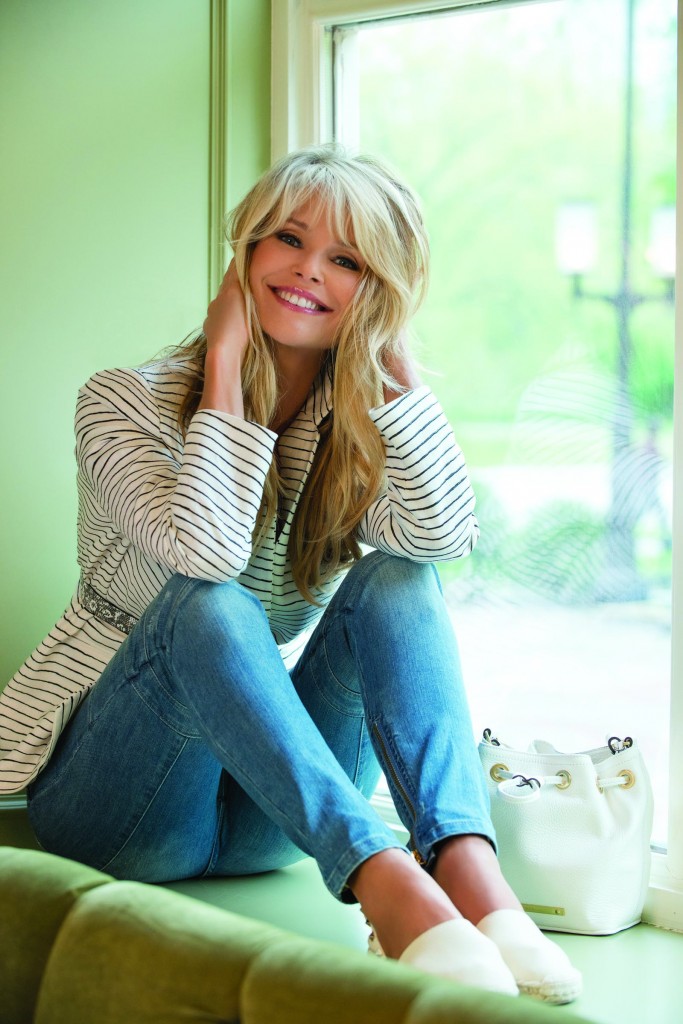