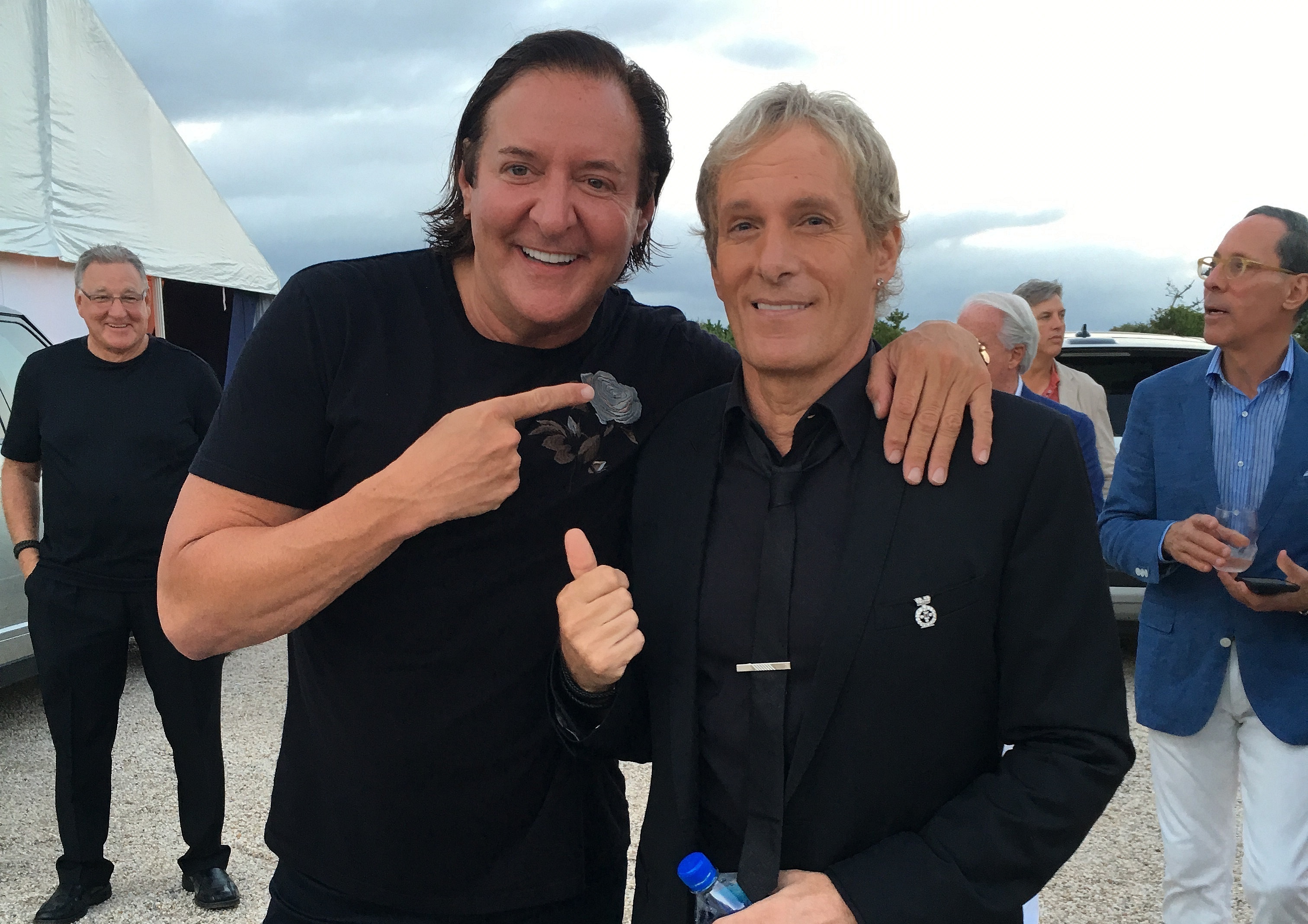 The Michael Bolton Charities held “An Evening Under the Stars” fundraising dinner and auction in Bridgehampton, NY on Saturday, August 20th, 2016. This year’s honorees, receiving the Michael Bolton Lifetime Achievement Award, were Joe and Ali Torre of The Joe Torre Safe At Home Foundation for their commitment to ending domestic violence. The intimate evening, benefitting The Michael Bolton Charities, was produced by celebrity event planner Larry Scott of Lawrence Scott Events.

Not only did the talented Larry Scott produce the enchanting evening, but he donated the décor and services for the private fundraising event. The tent space was reminiscent of a starry night sky as crystals hanging from standing chandeliers, on the buffet table, glittered in the blue-hued lights. Metal lamps and white urns decorated each table, next to small white plants adding to the elegant ambiance of the evening.

Images can also be found on the Society Allure website: http://bit.ly/2bcmjzo

Lawrence Scott Gottesman brings unparalleled creativity and imagination to his signature special events. A native New Yorker, Larry started his career in catering before opening one of Long Island’s most successful restaurants, Larry and The Redhead. In 1989, he established Lawrence Scott Events and instantly gained a reputation for his exceptional, one-of-a-kind celebrations. “From the ridiculous to the sublime”, A Larry Party™ brings families and friends together for life’s most memorable moments and milestones. While known for his non-stop innovation and ahead-of-the-trends approach, Larry is equally known for his philanthropic efforts. Larry’s commitment to community has spanned decades of support for charitable causes including, Make–A–Wish, The Feinstein Institute, Live Out loud, Forward Face, City Of Hope, and MS, to name a few. Larry’s reputation is that of a generous and charismatic man who considers his employees “family” and treats his clients with adoration and respect. They return to him time and again to celebrate all of life’s important occasions knowing their party will be like no other — and one that they… “will NEVER, EVER forget!”

About The Michael Bolton Charities

The Michael Bolton Charities was founded in 1993 and has been a consistent advocate and supporter of initiatives and organizations committed to responding to the needs of children and women at risk from domestic violence, physical and mental abuse, poverty, homelessness and human trafficking in the last 23 years.  The Michael Bolton Charities has raised over $10 million and has benefitted more than 100 organizations across the country since its inception.  Based in New Haven, Connecticut, The Charities is working to end domestic violence and abuse on local, national, and global levels.