Enjoy the changing of seasons at World-Class golf course Hampton Hills Country Club, a members-only club with a state-of-the-art clubhouse, dining room with breathtaking views and delicious dishes, all while boasting an impeccable golf course just ninety minutes outside of New York City.

Built in 1965 by Francis J. Duane, the course at Hampton Hills Country Club is said by members to never play the same way twice. Duane, a past president of the American Society of Golf Course Architects, frequently collaborated with famed golf course architect Robert Trent Jones, Sr. and designed over a dozen courses with Arnold Palmer including the iconic Sea Pines Country Club course in Hilton Head, South Carolina.

At the end of the course, members are able to enjoy round of cocktails on the clubhouse’s patio or enjoy breakfast or lunch along with a simple bar menu inside, which overlooks the breathtaking 18th green offering members a friendly reprieve from competition at the Hampton Hills Country Club.

Hampton Hills’s course rating is a 73.6, which according to the United States Golf Association (USGA) rates within the average of a good score by a scratch golfer. The course also boasts a slope of 134 out of a maximum 155 for most difficult course according to USGA’s standard. The club has a full service pro shop available to all members on the premises along with its teaching professionals, both of whom bring PGA and LPGA experience to Hampton Hills to deliver an exemplary sporting experience.

Jack McGown has been the director of golf for the past twenty-eight seasons.  A New York native, McGown has been giving lessons for over thirty-five years. His knowledge of golf and understanding of the terrain is reflected in his dominance of the course: Jack holds numerous course records including two tournament wins on the same day.

Hampton Hills’ teaching professional Patricia Baxter-Johnson has held that position for the past four years.  A Dr. Rick Jensen Certified Golf Coach and Titleist Performance Institute Certified Golf Fitness Instructor, Patricia has had the honor of working with some of the game’s greatest instructors, including Chuck Cook and Todd Anderson. Prior to joining the Hampton Hills’s staff, Patricia played on LPGA circuit and participated including several U.S. Women’s Opens, the Women’s British Open and the LPGA Championship competing against the likes of Annika Sorenstam, Lorena Ochoa and Michele Wie. 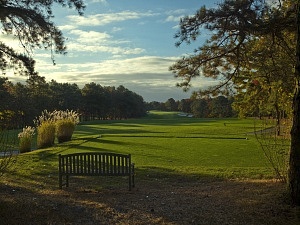 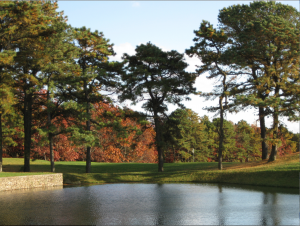