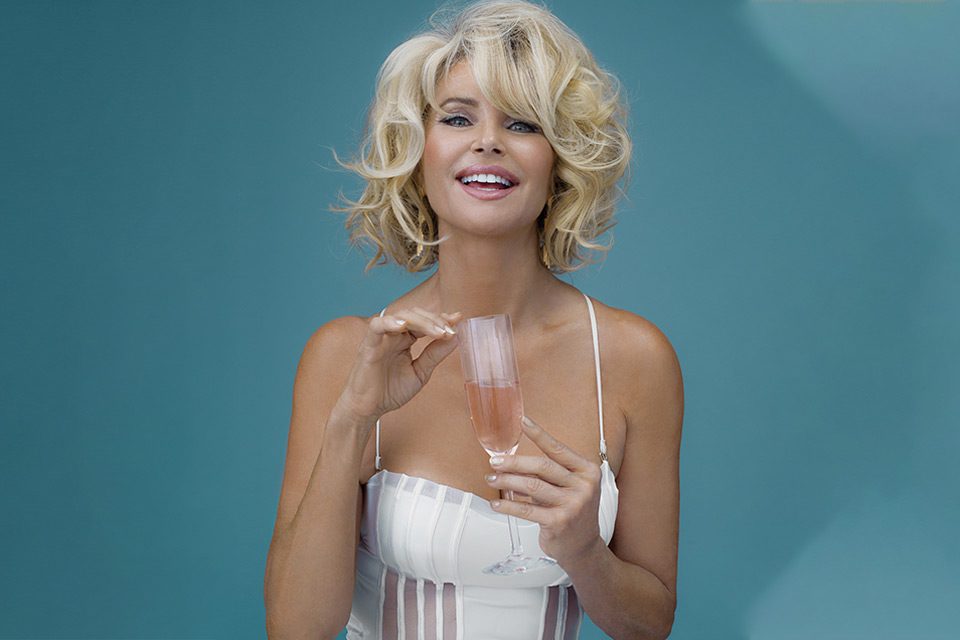 Christie Brinkley has appeared on more than 500 magazine covers worldwide, graced the pages of Sports Illustrated Swimsuit and has been photographed in more than 30 countries, on six continents — but her biggest accomplishment is motherhood.

The 64-year-old is a mother of three, including a daughter she shares with ex-husband Billy Joel named Alexa Ray Joel.

Brinkley, who is on the cover of Social Life, told the magazine she and the iconic singer/songwriter were determined to incorporate music when it came to raising their child.

The couple were married from 1985 until 1994. Brinkley was reportedly the inspiration behind his 1983 hit single “Uptown Girl.”

“Whenever Billy would sit down to play – even when Alexa was a little baby – I would lay her down on the piano so that the music would literally vibrate throughout her entire body,” she told Social Life Wednesday. “Alexa would feel the chords of the music and she loved it.”

Alexa, now 32, would go on to make her mark as a singer/songwriter, just like the legendary piano man. Brinkley insisted she and Joel, 69, have always shared a close connection through music.

It’s no wonder the father-daughter pair aren’t shy about belting out a tune or two together in front of thousands.

“Their voices sound great together,” said Brinkley. “Even though Alexa was performing in Madison Square Garden, she made it feel very homey, which is something that her dad has always been able to do. He can make any space feel as comfortable as a living room.”

Now that her children are fully grown, the cover girl keeps busy pursuing another passion – gardening.

“I enjoy spending time in my garden,” insisted Brinkley. “I love clippers! I use them so much that I named myself Christie Clipper Hands! I love my vegetable garden and often pick from it for a nice home-grown meal.”

And Brinkley, who has never been shy about her age, still maintains an active lifestyle . Back in 2015, Brinkley told Fox News she has a no-nonsense approach to fitness and skincare, which has been the secret behind her lasting career.

“I urge people to make your workout fun,” said Brinkley. “Currently, I’m doing a lot of bike riding. I like to do the Soul Cycle [spinning classes], and it’s just so fun. You don’t always have to get an expensive gym membership. The important thing is to keep moving, and to make it fun and have variety – it’s the spice of life.”

“I became a vegetarian when I was 13-years-old,” she said. “I figure, hey, if they’re shooting a cow full of growth hormones in order to speed up its development, to get it from birth to the slaughterhouse faster, what’s it doing to you, you know?”

Alexa also told Fox News, that same year, her mother has been a major influence throughout her upbringing.

“I’ve learned pretty much everything from my mom,” she gushed at the time. “She’s taught me a lot about just taking care of yourself – skin care, great makeup tricks. She’s very good at putting together that effortless-style look… [And] she’s got the best style. She’s really the most stylish woman I know. I’m just trying to keep up!”