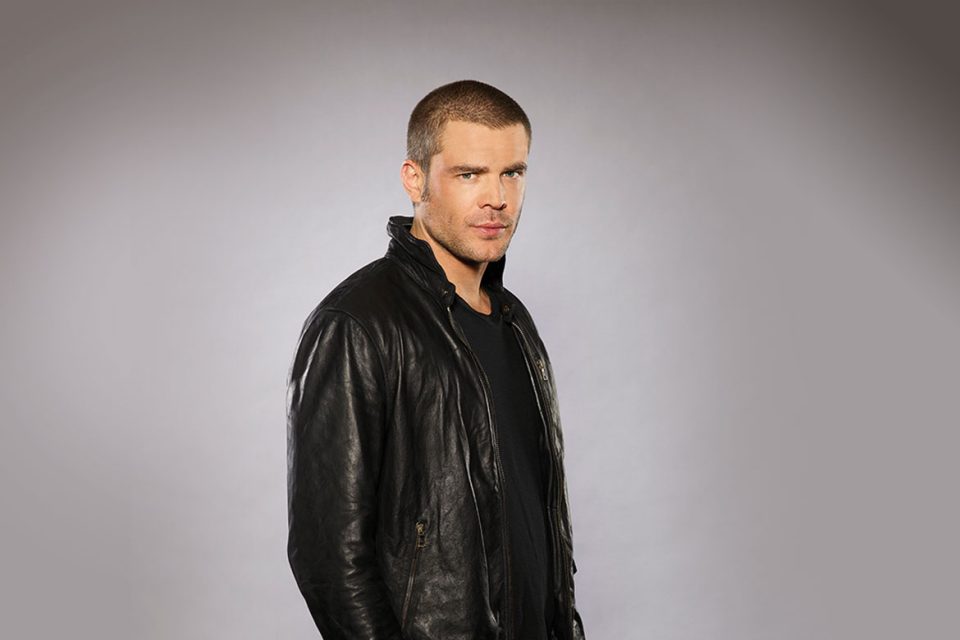 From the moment small town Missouri native Charlie Weber moved to New York and set his heart on the pursuit of acting, his career skyrocketed: first working as a model, then steadily becoming one of Hollywood’s hottest actors; currently he remains at the top of his game with both gratitude and humility. The star of ABC’s suspenseful drama series, How to Get Away with Murder, plays the pivotal role of Frank Delfino, the mysterious bad boy and legal associate on the network’s scandalous show where lawyers and law students alike have darker secrets than the clients they are defending. Viewers can’t seem to get enough of the indisputably genuine actor whose trendsetting style and handsome demeanor come to life again for the fifth season when this shocking TV series premieres Thursday, September 27th at 10/9 C.

The American actor got his start in front of the camera modeling for Abercrombie & Fitch’s catalog and later by posing for iconic Ralph Lauren advertising campaigns photographed by the legendary fashion photographer, Bruce Weber. Acting was in Charlie Weber’s blood, and in no time he was off to Los Angles where he landed roles in the film Broken Hearts Club, the TV series Buffy the Vampire Slayer, and all three CSI: Crime Scene Investigation shows.

On ABC’s How to Get Away with Murder, Weber plays opposite Viola Davis who portrays Annalise Keeting, a powerful criminal defense lawyer and professor of law, who selects a group of students to intern at her firm and who are immediately involved in a murder. As for what it’s like working with the critically acclaimed Emmy Award winning actress, the former model reveals, “In the beginning you’re sort of awestruck by the fact of who is across from you. But over time, Viola has become a friend and a colleague and a mentor in a lot of ways—as far as acting is concerned. Now she’s just like my friend, “V”, and she is this warm, cool, funny person, and we just talk about our kids and what’s going on. It was intimidating to work with her at first, but now it’s just a real pleasure. She’s a really sweet person!”

Weber’s character Frank is a womanizing tough-guy on the legal drama series, which happens to be quite the opposite of the down to earth Midwestern actor. “I get to see the world through the eyes of a man that is very different from me,” Weber reveals. “Sometimes you see an actor playing a sort of a version of himself, whereas Frank and I have very little in common, so it is kind of cool to step out of myself and be him for a while. He is a really layered guy, and over the years it’s been interesting to see him change his persona and get to some sort of sense of honesty. Being able to get to explore this complicated man has been a real treat for me as an actor!”

As for what viewers can expect to see on the fifth season?   During season four’s finale, viewers were left with many cliffhangers. One of the final scenes shows Frank speaking on the phone to a mystery person while he’s watching from a distance, a new character, Gabriel Maddox, sign up at Middleton University. Weber reveals, “The season is going to open up, and that is where you’re going to find Frank and figure out why he is there. Over the course of time, you will find out who is on the other end of that phone and who Gabriel Maddox is and what is he doing there.” He adds, “All of the cliffhangers will get addressed over the course of time.”

Aside from the hit TV show being a fascinating mystery series, the show addresses important issues and relationship dynamics such as addiction and LGBT affairs. When questioned about the show’s valuable content Weber responds, “For us, we are just making a show where people are living honest lives, you do find yourselves in these situations.  We are just trying to portray real people, and if that can open up a dialogue about stuff, we are thrilled about that.”

When the busy Hollywood actor is not working, he is a devoted father and loves spending time with his 13 year old daughter. And what does Weber’s daughter think of her dad’s acting career? “She’s not impressed!” Weber reveals. The star explains how his daughter won’t be following in his footsteps to pursue an acting career . . . at least not for the moment. “That’s a good thing, and if she wanted to act, I would support that as well,” Weber explains. “She’s a little artist, and right now at 13, she wants to be an animator. She goes to animation camps, and her school offers a lot of cool art classes; we are just pursuing that for her right now. If that changes, I will support whatever else that she wants. She is a legit artist and she has that gift!”

Another very important aspect of the Jefferson City native’s weekly routine is carving out time for fitness. “I can’t go more than a few days without working out; it’s something I have been doing my whole life. It’s sort of a need and not even a choice, and I do enjoy it. It’s really a nice thing, and it’s a big part of my life. “Weber was extremely disciplined playing football in high school and college where he attended one year at the University of Missouri before moving to New York. He explains why he didn’t chose to pursue a football career, “I will admit that leap to college where everyone was big and strong and fast was such a leap in talent.  It was cool to see but also kind of scary. I love football very much, but I was losing my passion to actually play it.  I think to play at that level, you have to be all in; I wanted to go see what the world was all about, and my head was just already gone. It was a real pleasure to be part of that team for the year, but it just wasn’t my path, and I knew it, even when I went to that year of college. I just wanted to know for sure, and it became very clear.”

As for his love of the craft that helped cure his shyness as a kid, the former athlete reveals, “I always knew I wanted to act. Despite being shy, it did help me come out of my shell in a way, yet I still felt safe. I really enjoy escaping into these characters. I can create a character that can do anything. I can create a character that can do things that I am not capable of, and I think I fell in love with that.” It’s been life altering that’s for sure. I always wanted to act, but as a kid from a small town in Missouri, you don’t know how that really works or what you can do,  so I just sort of went out into the world and let it unfold, and luckily it worked out!”

ABC’s How to Get Away with Murder premiers Thursday, September 27th at 10/9 C