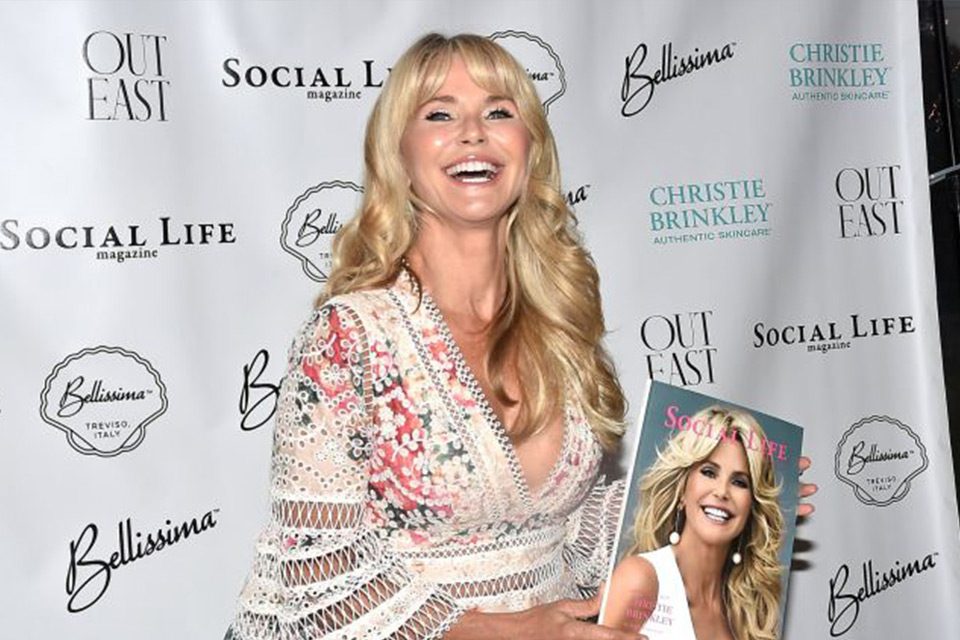 The supermodel was honored as Social Life Magazine’s cover girl, while the celebrity chef and actor took part in a Taste of Two Forks.

Christie Brinkley was all smiles as she graciously posed for photographers, pulling double duty as honored Social Life Magazine cover girl and guest bartender! The supermodel poured drinks, serving up her Bellisima Prosecco and Bella Sprizz Cocktails at her signature bar at the St Barth’s Hamptons event in Bridgehampton Saturday night.

Hamptons Magazine toasted to it’s 40th anniversary with a lavish Lawrence Scott Event at the Southampton Arts Center Saturday night. Masked costumed servers paraded into the party with pizza, festive foods and carried enlarged magazine covers through the years. Katie Lee celebrated with cover stars actress Molly Sims and her husband Scott Stuber amongst the huge decorative displays of food. The parents of three chatted about their Hamptons life through the years and sharing the coveted cover.

“It’s literally like a home away from home. We barbeque, we cook, we go crabbing, fishing, swimming, dining, we just love it- it’s honestly a little jewel box we get to open every summer,” Sims said.

Dan’s Taste of Two Forks brought out some of the best east end eateries and some famous faces. The evening’s host, actor and celebrity chef David Burtka brought husband Neil Patrick Harris and their twins to do some taste-testing at the massive food fest at Fairview Farm at Mecox in Bridgehampton.

Fresh off an annual family vacation in France with Sir Elton John, Burtka took a break from cooking at home to do some eating at the annual event.

“I love cooking, that’s my thing, but I’ve been home for a couple of days from vacation and all I’ve been doing is cooking!”
Expect to see more of Burtka and his family around town.

“We’re newbies! We are new to the neighborhood. We are in East Hampton and we just got permits for construction,” Burtka joked, “so hopefully I’ll be cooking in the next 7 years! We’ll see… Just to get the permit it’s been mayhem, but once it’s all done it’s going to be worth it and I’m so happy to be here.”

“Life is a Party,” Burtka’s first cookbook is set for release spring 2019.