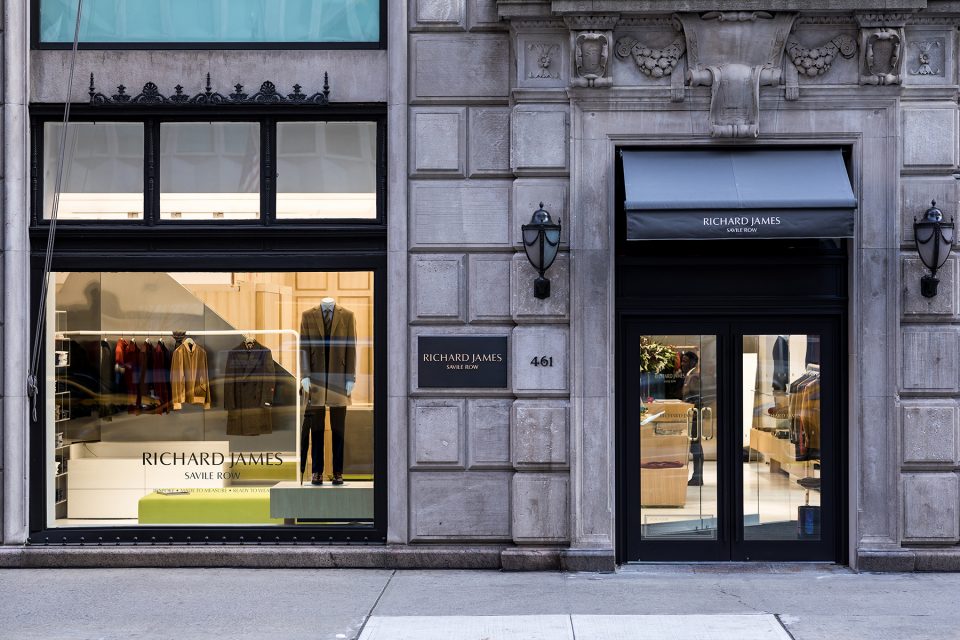 Richard James is pleased to announce the opening of its first American store in New York, located in a landmark building at the corner of Park Avenue and 57th street.  This opening marks Richard James’ first step towards its international expansion following the sale of a majority stake to Charles S. Cohen in March 2017. 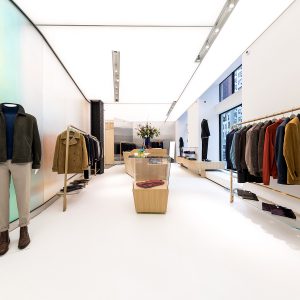 The store is delicately divided into two main areas, Ready-to-Wear and Bespoke.  The areas are separated by a translucent screen treated with a dichroic film that varies in color, luminosity and reflectiveness.  This free-standing screen becomes the central feature of the new space, operating both as a vibrant backdrop to the displays in ready-to-wear, and a circulation distributor, concealing the private Bespoke area.

The element that blends the two together is a stretched ceiling, which conceals an adjustable ambient light system, providing a changeable personality. This becomes a canvas for future art driven installations. 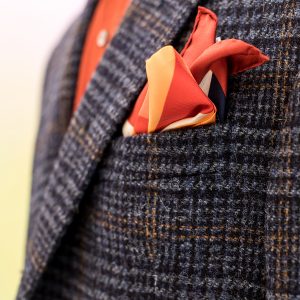 This is a natural progression for us as well as a very exciting one. Richard James has always appealed to men of a certain attitude more than any defined demographic and we’ve had a very strong following in New York ever since we opened our first store on Savile Row. We just feel that we’re at home here

Richard James’ seasonal ready-to-wear collections and bespoke services will be available at the New York Flagship.