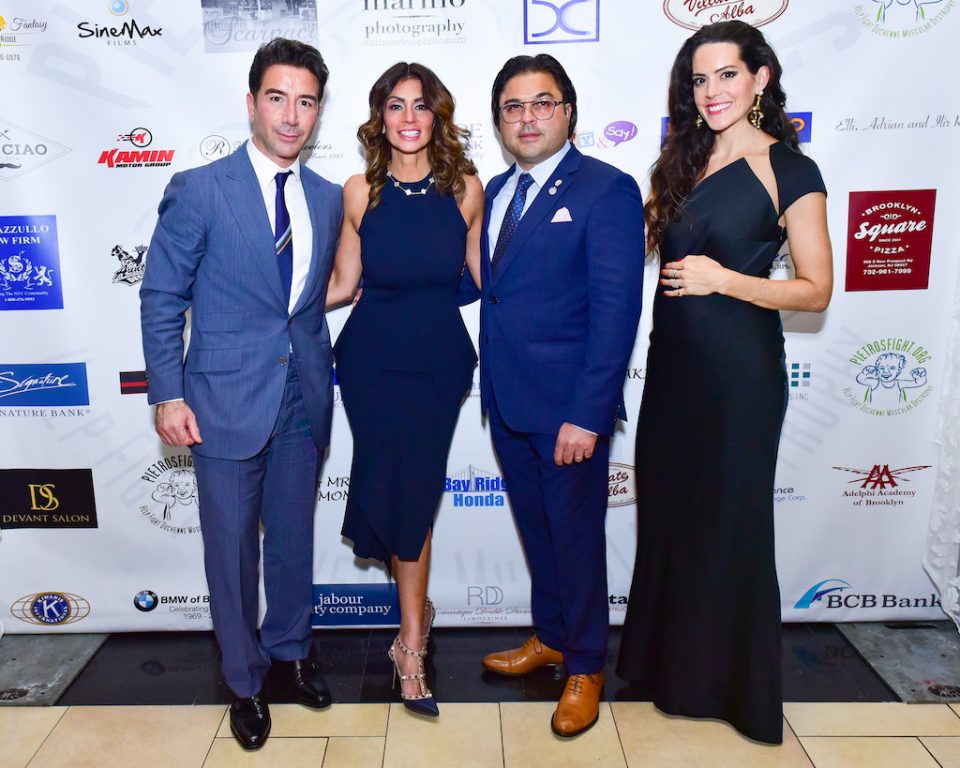 Pietros Fight, the nonprofit organization dedicated to raising awareness and funds to find a cure for Duchenne Muscular Dystrophy (DMD), welcomed more than 600 guests to their seventh annual fundraiser raising more than $250,000.

The event honored lawyer Sal Strazzulo with the ‘Cure Fighter Award’ and Nick Raineri with the Ultimate Fighter Award, for their long-term support of Pietro and the Scarso family.

news that their then-three-year-old son Pietro was diagnosed with DMD – the most common and lethal childhood genetic disorder in the world affecting one in every 3,500 male births. The mission of Pietro’s Fight is to increase worldwide awareness of DMD, with the purpose of raising and appropriating funds for research that will realize a cure for this fatal disease and ensure that children like Pietro have the opportunity to enjoy a full life.

Following a cocktail hour where guests enjoyed Italian dishes and treats and were invited to bid on a wide variety of raffle items in a chance auction, they were then ushered into the dining room where they stood in respect to listen to Jessica Friedhoff, who has performed at the New York Grand Opera at Carnegie Hall and Central Park, perform the national anthem. Monsignor Jamie Gigantiello, who is the spiritual leader of the Shrine Church of Our Lady of Mt. Carmel in Williamsburg, as well as the Diocese of Brooklyn and Queens as vicar for development, then gave a blessing to the Scarso family and their supporters.

Manni and Dayna Scarso then rose to thank their sponsors and volunteers before playing a special dedicational video celebrating Pietro’s 10th birthday. The video featured testimonial from Manni and Dayna as well as good wishes from former NHL player Kevin Weekes, NCAAM Mississippi Bulldogs player Aric Homan, and NBA legend Shaquille O’Neal. Pietro Scarso then made his entrance, alongside his brother Nico Scarso, to applause and cheers. He thanked everyone for attending and said that he was happy to be there.

The honorees were then welcomed to the stage. Dayna introduced Nick Raineri, who said, “No-one should be honored but Manni and Dayna,” while thanking them for their tireless work. Manni introduced Sal Strazzulo, who noted that it was recently International Women’s Day saying, “Every day is women’s day, when you look at the work that Dayna does each and every day.” He then read an anonymous poem dedicated to all mothers and women, including his wife Allison Strazzulo, who is pregnant with their third child. Dayna then introduced Former New York State

Senator Marty Golden who said that “no family has fought harder to kick DMD to the curb.” Manni and Dayna Scarso then recognized past honorees, before concluding the program and inviting people to the dancefloor.

Members of the New Jersey cast of The Jersey Boys then performed a selection of the band’s greatest hits,

before winners of the raffle items, which included a 2019 Honda Accord donated by Bay Ridge Honda, were announced. Rappers Fatman Scoop and Chubb Rock then performed.

Through their fundraising Pietro’s Fight has funded multiple research projects selected by the foundations Director of Research Dr. Carlo Rago.