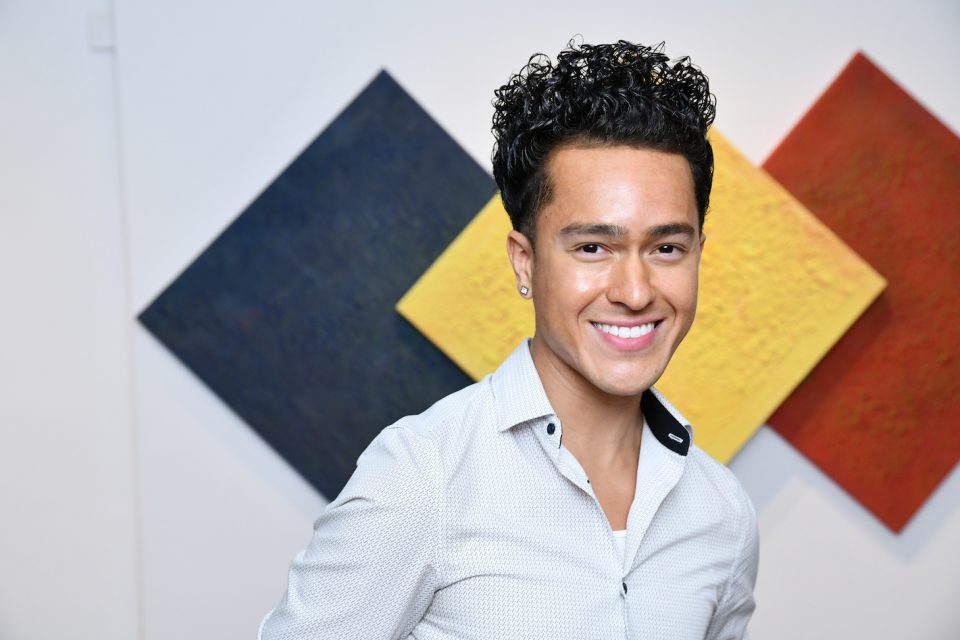 The 2019 Jeff Lima Production Award, created by Chicago Fire actor Jeff Lima in partnership with the NYU Tisch School of the Arts, has been awarded to Max Walker-Silverman, an MFA candidate at NYU’s Graduate Film Program.

Walker-Silverman was selected by a committee of Graduate Film faculty and outside industry professionals, including Lima, as the recipient of the $10,000 award. The award was created by Lima to help support NYU Tisch Grad Film work that advances the Latino presence on screen.

Walker-Silverman will use the funds towards his screenplay, Chuj Boys of Summer, co-written by Santiago Hernandez. The film is about a group of indigenous Guatemalans living in small-town Colorado and is a tale about hope, home, and the love between men. Max will be continuing his collaborative work with Alfonso Herrera Salcedo, who is set to serve as the Director of Cinematography for the film.

Walker-Silverman current work revolves around the allure and disfigurement of the American West. His first short filmGetaway premiered at the Raindance Film Festival and his second, Lefty/Righty, received the 2018 Kodak Vision Award.

New York native, Jeff Lima, got his start in theatre at the age of 11 after gaining acceptance to the “by audition only” junior high school, Tito Puente Performing Arts Academy. Jeff was immediately immersed in the teachings of Meisner and Stanislavski with ambitions to secure a seat in a premiere performing arts high school. His tenacity and diligent preparation earned him a seat at the Talent Unlimited High School where he’d study theatre all throughout his high school years. Fortunately for Jeff, preparation met opportunity. The year right before high school, Jeff landed a role in a short film titled ‘Gowanus Brooklyn’, which would later become a feature-length Oscar-nominated film. He embarked upon his high school years having already starred opposite Ryan Gosling in ‘Half Nelson’.

During his tenure at Talent Unlimited, Jeff was not allowed to audition for any professional productions, as is the case with most Manhattan performing arts high schools. His insatiable approach didn’t allow him to align himself with the aforementioned school policy. Jeff would often sneak to auditions and one in particular would serve as the catalyst he’d been hoping for!

During an audition in which Jeff spent about an hour with the director and producer during a first session, a spectator observed from afar. At the conclusion of the audition, said spectator followed Jeff to the elevators and asked that he submit his headshot and resume to her agent for consideration. The spectator would go on to win the 2015 Emmy for Best Actress in a Comedy Series- Gina Rodriguez.

Having remained a client with the agent to whom Rodriguez introduced Jeff, he secured a commendable amount of work in film and television. Jeff has guest starred on CBS’s Blue Bloods, Netflix’s The Get Down, and NBC’s Taxi Brooklyn. He eventually landed a series arc on the HBO mini-series Show Me A Hero and currently recurs on NBC’s Chicago Fire.

Jeff hopes he can be as influential as many of the educators he’s come across. He is a founding member of the Achievement Lab After School and Summer Camp, which serves 150 at-risk children, annually.

Currently, he is shopping to finance short films penned by serious filmmakers. His goal is to identify films that are prevalent to today’s society and to see the films to fruition. Jeff hopes that majoring in Finance for his undergrad degree finally pays off, having decided not to attend a conservatory as is practical of young actors.