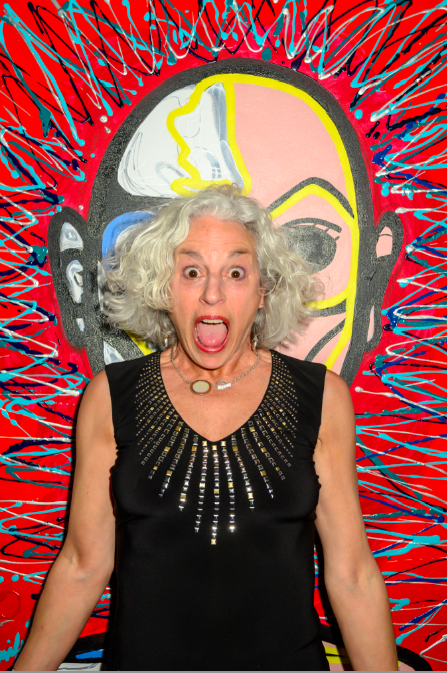 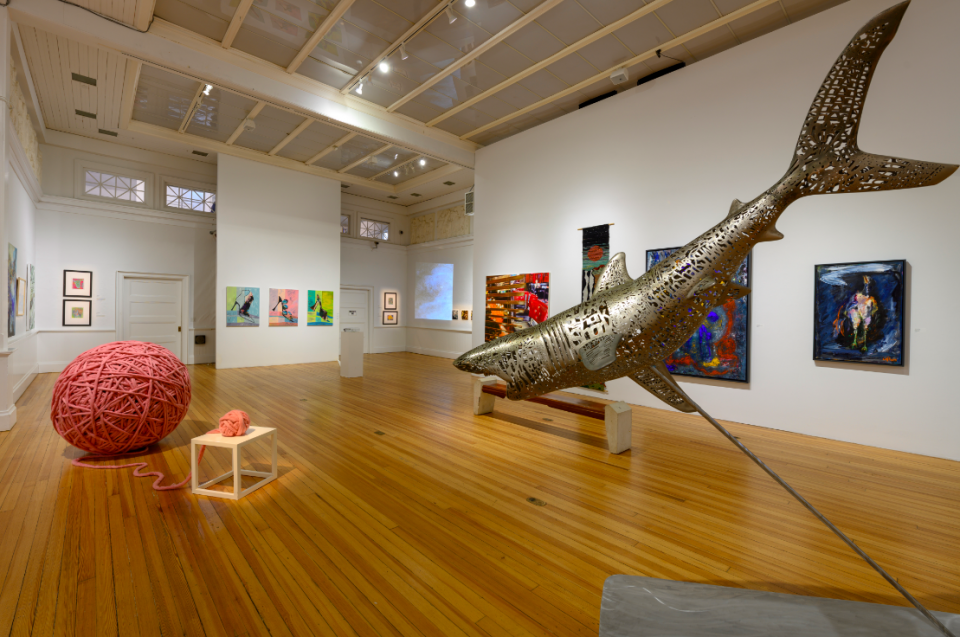 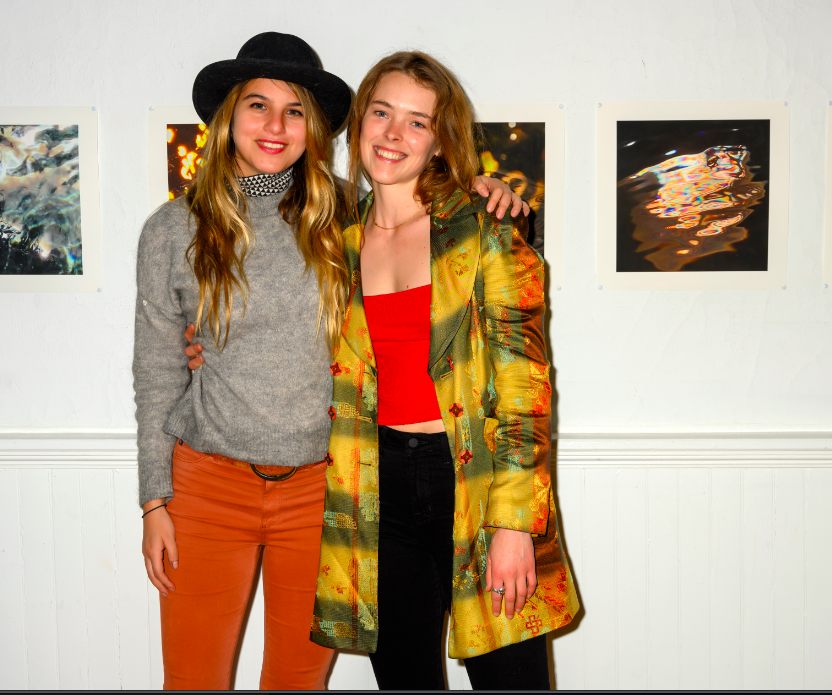 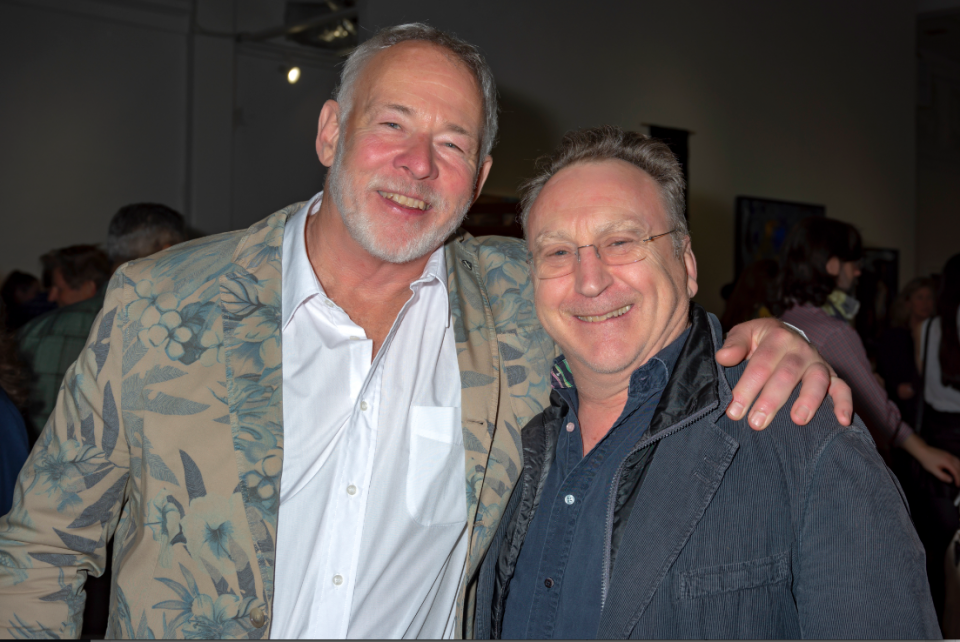 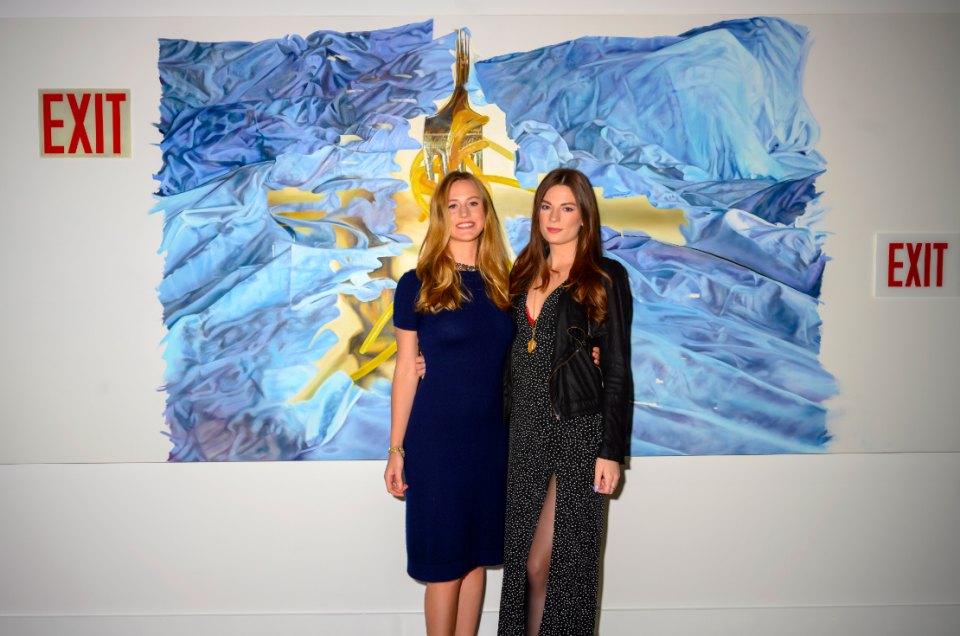 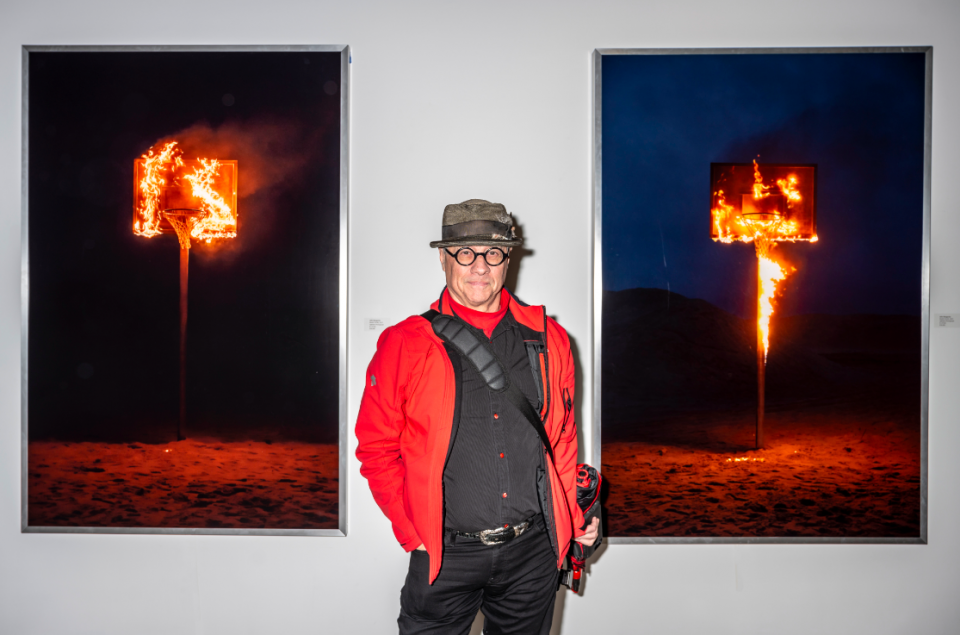 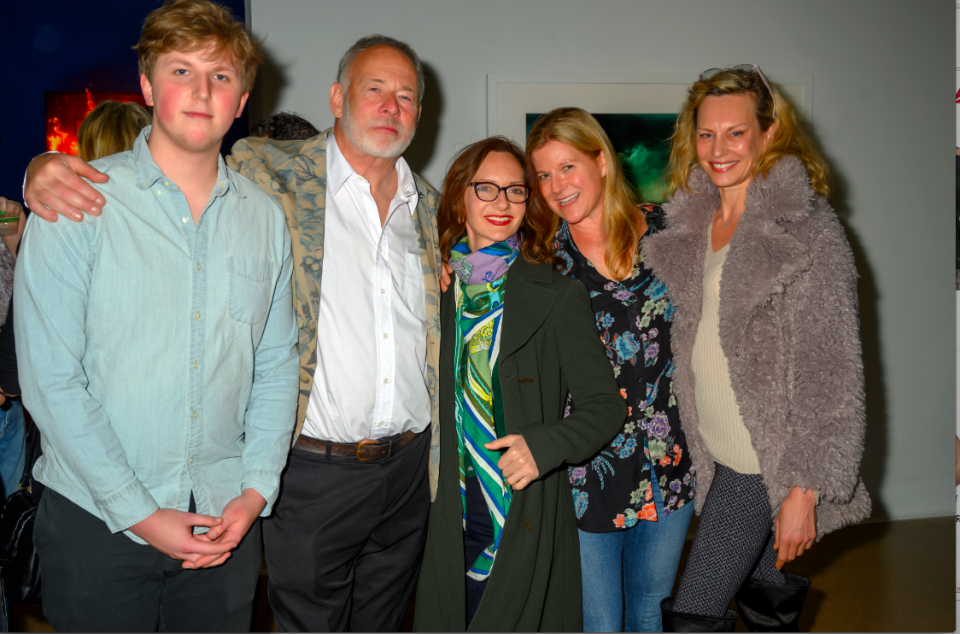 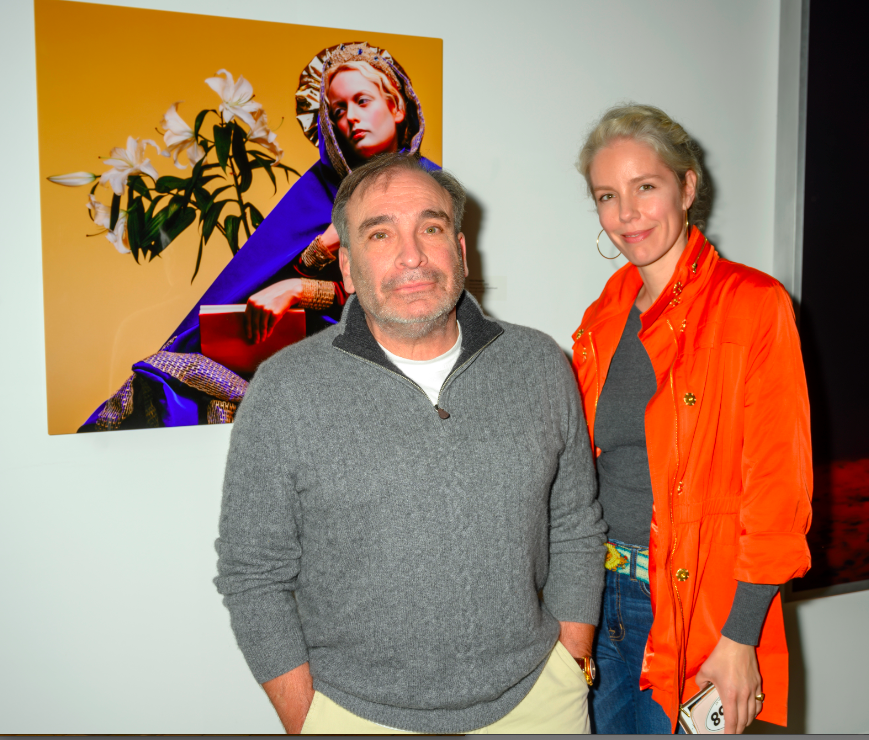 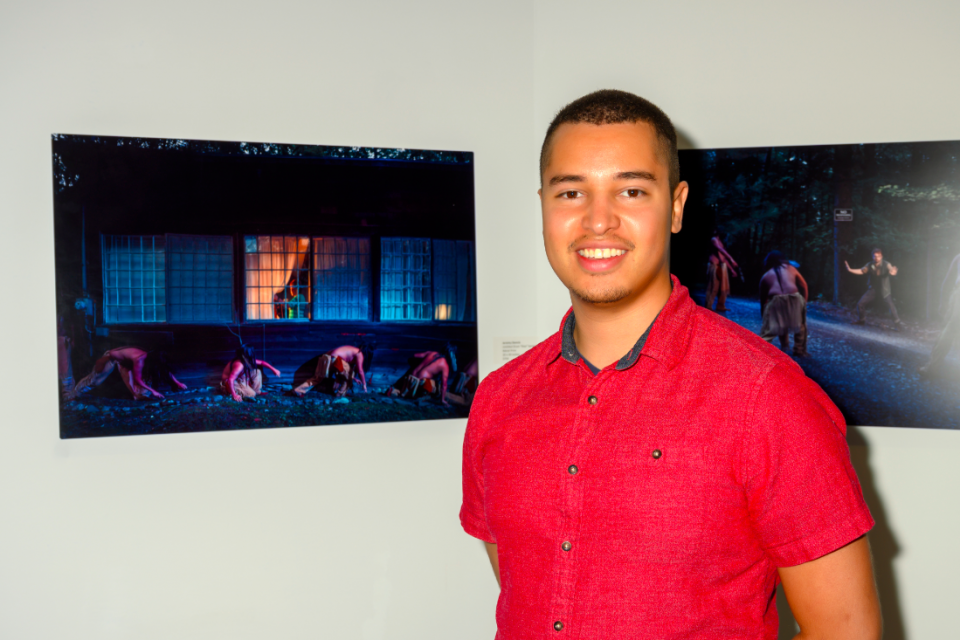 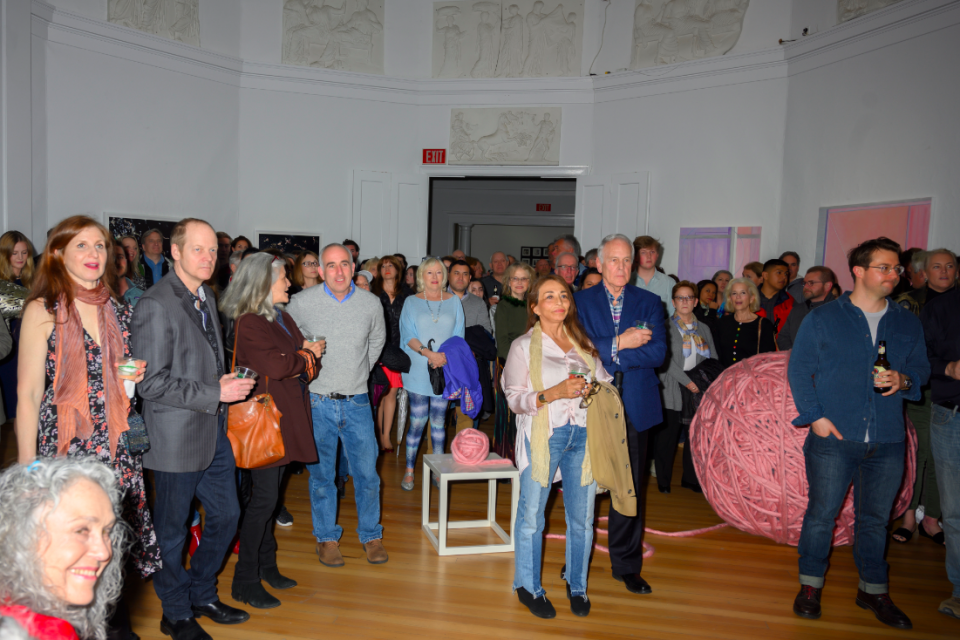 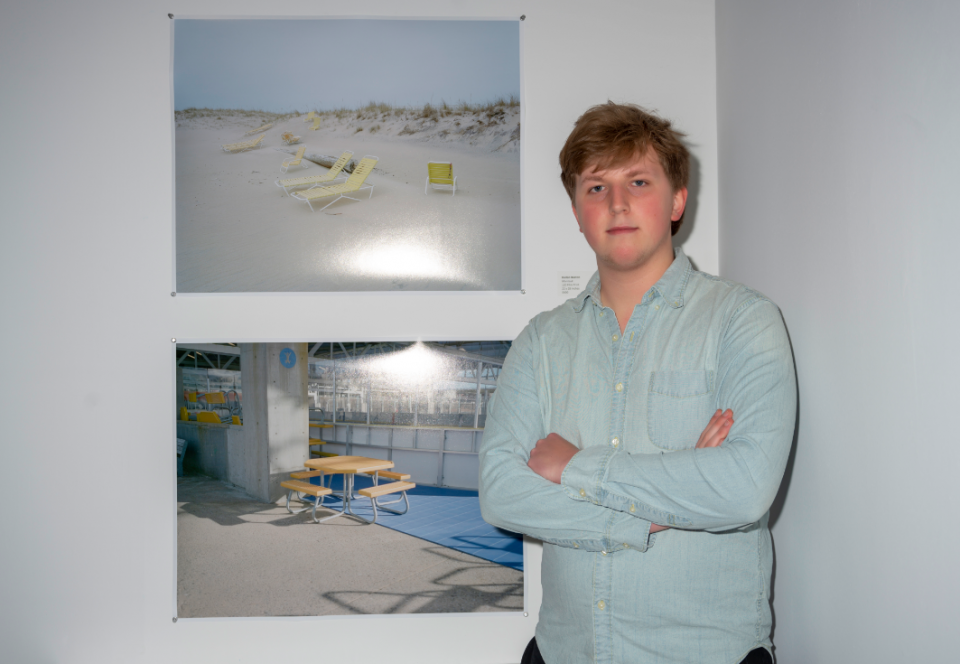 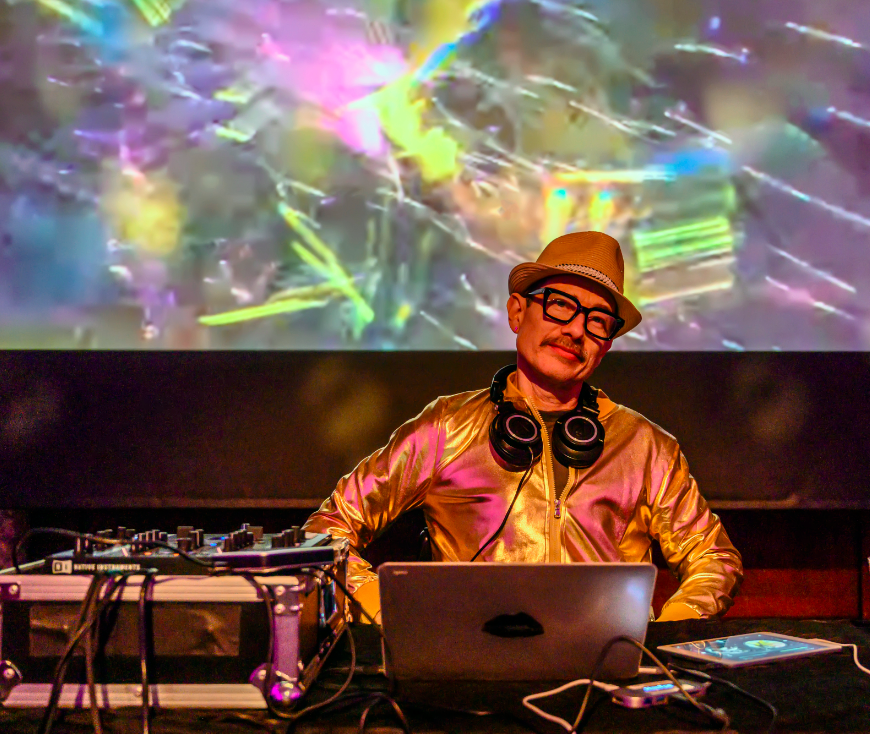 There were no Eric Fischls. David Salle’s work was M.I.A. No Donald Sultan or April Gornik. Not a single Julian Schnabel painting in the house.

The most recognized Hamptons artists (not to mention some of the most expensive) were no shows in order to make way for 32 up-and-comers in curator Paton Miller’s EAST END COLLECTED5, which opened at The Southampton Arts Center on April 20th.

The 750 plus attendees, including Art in America chief Victoria Hopper, and artist Steve Miller, were greeted by Michael Cardacino’s Emptiness of Shark, a menacing Jaws-esque 3D print. (It looked like a metal sculpture to my untrained eye!)

Helmsman Paton, himself a much sought after artist, created a show to “capture the deep body of talent here in our own backyard.” In the show’s five-year history, he’s brought in 170 artists (with no repeat offenders!) The revolving door policy allows him to have his “ear to the ground” of the local art scene and “anticipate what’s coming next.”

“Lots of people came up to examine it, to touch it,” said Jay Schneiderman, who took time off his duties as Southampton Town Supervisor to craft Revolution, which is hmmm…essentially a 4 foot ball of pink yarn. (A baby yarn ball trails behind. Umbilically connected.)

It was one of my fave pieces. After all, as the artist said, “There’s something warm and inviting about a giant ball of yarn.” (But, of course.)

Christine Keefe’s XX’s, a sassy oil on linen piece flanked by exit signs, was moving. She told me it represents “the breakup of a long term relationship (been there!) as well as “the new possibilities suggested by the exits.”

Between the Covers with Missy Hargraves