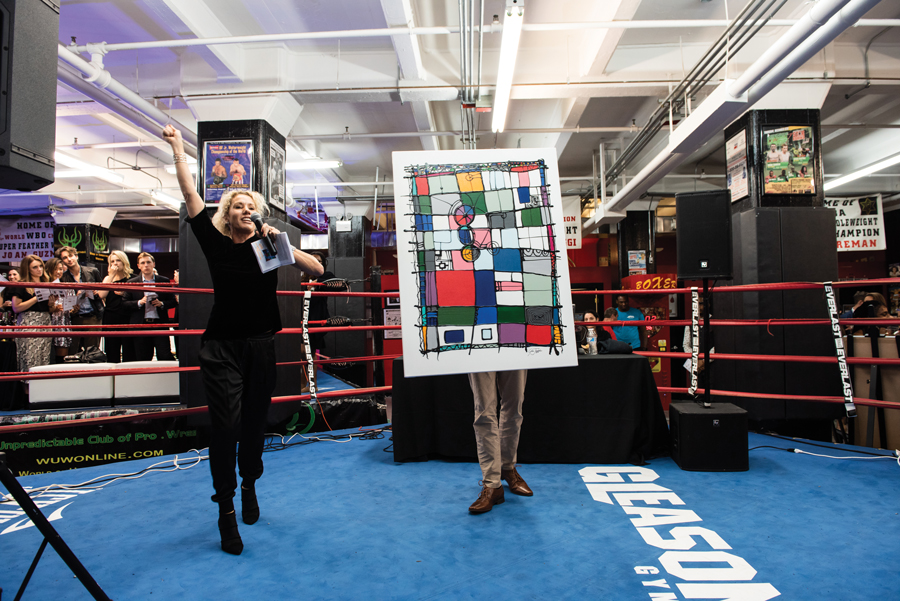 This summer I would like you to join me on my journey that will not be limited to Hamptons destinations, but will include destinations from other locales. We get so involved in our domestic day-to-day life that we sometimes fail to explore what is happening elsewhere. I would like to share with you a charitable event I attended in Brooklyn, at a venue known as Gleason’s Gym, a historic gym dedicated to boxing.
Gleason’s, on the Brooklyn waterfront, was founded by Peter Gagliardi, a former bantamweight who changed his name to Bobby Gleason. Bruce Silverglade is the gym’s current owner. The charity event was a gathering to raise funds for Ubuntu Pathways and Operation Smile, two NGO non-profits. Ubuntu Pathways provides social, health, and education support to poor children throughout Port Elizabeth, South Africa. It aims for a deep, focused impact on a community. Ubuntu Pathways believes in trusting those closest to a problem to create the solution. Operation Smile raises funds to provide surgeries for poor children born with cleft lip and palate deformities.
The event was catered by Whitman’s, a chain of restaurants where you can enjoy the best burgers, fries, and salads. I loved  the kale salads!  Larry Kramer, the owner of Whitman’s is a fanatic about his meat quality and makes sure to provide only the best.
Some of the coolest people came out to support the charities, including Alex Bank, Jessica Meisels, Roy Ferguson, Richard Bryer, Michael Heller, Nicola Steiner, Justus Luttig, and Karen Mullane. At the event, funds were raised by an art auction with some of the art coming from as far away as South Africa. Glen Josselsohn and Joel Bermano were among some of the artists who really helped to support the cause and flew in from South Africa to be part of this very special evening. Charity should be a part of everyone’s life.