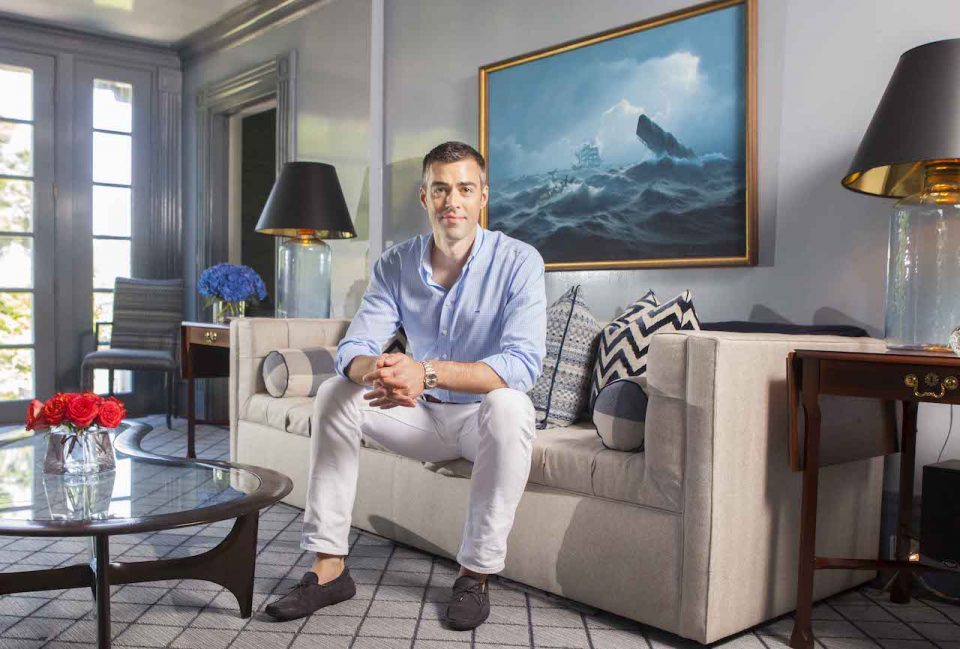 Noble Black is one of Manhattan’s top residential real estate brokers. Ranked at number eight in the city by the Wall Street Journal, and number 44 nationwide with more than $1.2 billion in sales to his name, he was the winner of the Top Broker Award at this year’s Douglas Elliman’s annual Ellie awards as his team secured the largest number commissions from sales in 2018, totally $296 million.

Black has marketed and sold stunning penthouses at renowned buildings including Jean Nouvel’s 100 11th Avenue, the Four Seasons downtown, One Beacon Court and the Baccarat Residences. In 2014, he sold the first – and at the time, the only – resale at the iconic One57.

Perhaps most notably, he is acclaimed for selling what was Manhattan’s most expensive co-op at the time of sale, a $54million penthouse duplex at 785 Fifth Avenue. His current listings include this penthouse at the Baccarat Hotel and this apartment at 1 Central Park West. Black often speaks about real estate in media outlets including CBS, NBC, Fox and the New York Times.

Four years ago, the Noble Black team joined Douglas Elliman at the urging of chairman Howard Lorber. “I had been extremely impressed with Howard and what they were doing,” says Black, noting Elliman’s vast number of brokers and its innovative marketing efforts. “It was much more entrepreneurial than anything else that was out there, and I found that very refreshing.”

Elliman’s partnership with Knight Frank, a global firm based in London, was another draw. “I’ve done some very nice deals that are incoming from other parts of the globe and we’ve sent out referrals from clients that are looking to buy outside of the country.”

A Mississippi native, Black worked as a securities lawyer for several years after receiving a law degree from the University of Virginia and then served as a consultant for The Apprentice, created by powerhouse producer Mark Burnett.

It was the first season, and The Apprentice was a sensation. “I thought it would be a really fun experience that I’d regret if I didn’t take,” Black says of the career change. “I wanted to do something totally different, I had gone from undergrad to law school to a law firm.”

He’d already been thinking about real estate, and that experience spurred him to take the plunge. “I think that being out of the law and having kind of a different perspective of things gave me the courage to try real estate.” It was not an easy decision. “I had student debt; it kind of felt silly going to something where there was no guarantee.” Yet he felt if he was ever going to try it, that was the time.

No taking success for granted

Black has never looked back. Even after 14 successful years with steady growth, he does not rest on his laurels. “We get a contract signed and I start worrying, OK where’s the next. It’s always that feeling of I’ve been lucky all this way and is the music about to stop?”

Marriage and gardening in Sag Harbor

2018 marked an important personal milestone for Black, his March wedding to Marc Alan Rozic at the Plaza Hotel. The weekend was so packed that they barely registered the fact that their marriage made the New York Times wedding section.

Black winds down from his frenetic work schedule by gardening at their home in Sag Harbor. “I’m on the phone 80 percent of the time; there’s very little that you get to do with your hands. So, I love that aspect of it, and the creative aspect of it, and having to deal with imperfection.” thenobleblackteam.elliman.com