Southampton Arts Center (SAC) is relatively new in Southampton. Can you please tell our readers a little about the history of the center?
Southampton Arts Center was incorporated in 2013 and born out of the Parrish Art Museum’s move to Water Mill. It was founded by a group of civic-minded philanthropists, led by our founding co-chairs, Simone Levinson and J. Whitney Stevens, in partnership with the Village of Southampton and then mayor Mark Epley. Our founders felt strongly that a thriving cultural district, anchored by SAC in the heart of Southampton Village, was critical for quality of life and as a year-round economic driver for our community.

What is the mission of Southampton Arts Center?
SAC’s mission is to serve our East End community as a hub for the arts and culture while preserving, animating, and activating the iconic building and grounds at 25 Jobs Lane for future generations.

Tom, I have noticed that Southampton Arts Center often partners with other cultural organizations. Can you please give us a few examples?
Absolutely. We do this by design. Partnering with other cultural non-profits allow us to share costs and tap into the expertise of our partners. Over the past six years we have collaborated with over 100 world-class international and East End-based organizations, including the New York Academy of Art, the 92nd Street Y, Hamptons International Film Festival, Jazz at Lincoln Center, Telluride Mountain Film, Watermill Center, Peter Marino Art Foundation, Shinnecock Tribal Nation, and the Southampton African American Museum, to name a few.

What can we expect to see this summer at Southampton Arts Center?
The centerpiece of SAC’s summer 2019 is the New York premiere of National Geographic’s Photo Ark by Joel Sartore. We are presenting this with the International Center of Photography. Founded by Sartore in 2006, National Geographic’s Photo Ark aims to document species living in zoos and wildlife sanctuaries, inspire action through education, and help save wildlife by supporting on-the-ground conservation efforts. We are very grateful to the Harbers Family Foundation and to Renee Harbers Liddell and Chris Liddell for sponsoring this stunning and important photography exhibition.
In summary, this summer we will offer over 90 programs. Most are free or are offered at a very low cost to the public. These include outdoor Friday night films, which we present with HIFF; four outdoor concerts; and a new silent disco dance party on our west lawn. We have talks planned for Thursday nights, including one about your old pal, the great Bill Cunningham. This event will take place on Thursday, August 1. Sunday nights are documentary film nights. And in August we will be launching a new theatre and opera series, where we will be presenting readings of new works in development.

SAC’s annual SummerFest gala is always such a special and joyous evening. Can you tell me about this year’s event?
This year our SummerFest gala — a culinary event featuring signature dishes from over twenty of the most celebrated chefs on the East End — will be held on Thursday, August 29. We are thrilled to honor the esteemed photographer and art patron Diane Tuft. In addition to Diane’s work as a world-class nature and landscape photographer, Diane is also a true champion and longtime friend and supporter of Southampton Arts Center. As such, we are pleased to honor her with SAC’s Champion of the Arts Award.

What is your vision for the future of Southampton Arts Center?
This truly is an organization on the rise. We’ve seen incredible growth and momentum over the last five years. In that time, both the number of our programs and the size of our audience has quadrupled. Last year alone, we presented over 200 programs and reached over 40,000 people. As for the future, we’re beginning to prepare for a capital project focused on the modernization and preservation of our beloved home at 25 Jobs Lane. We’re also committed to continuing to present a broad array of world class arts. We have a 99-year lease on the building, and we’re here to stay! 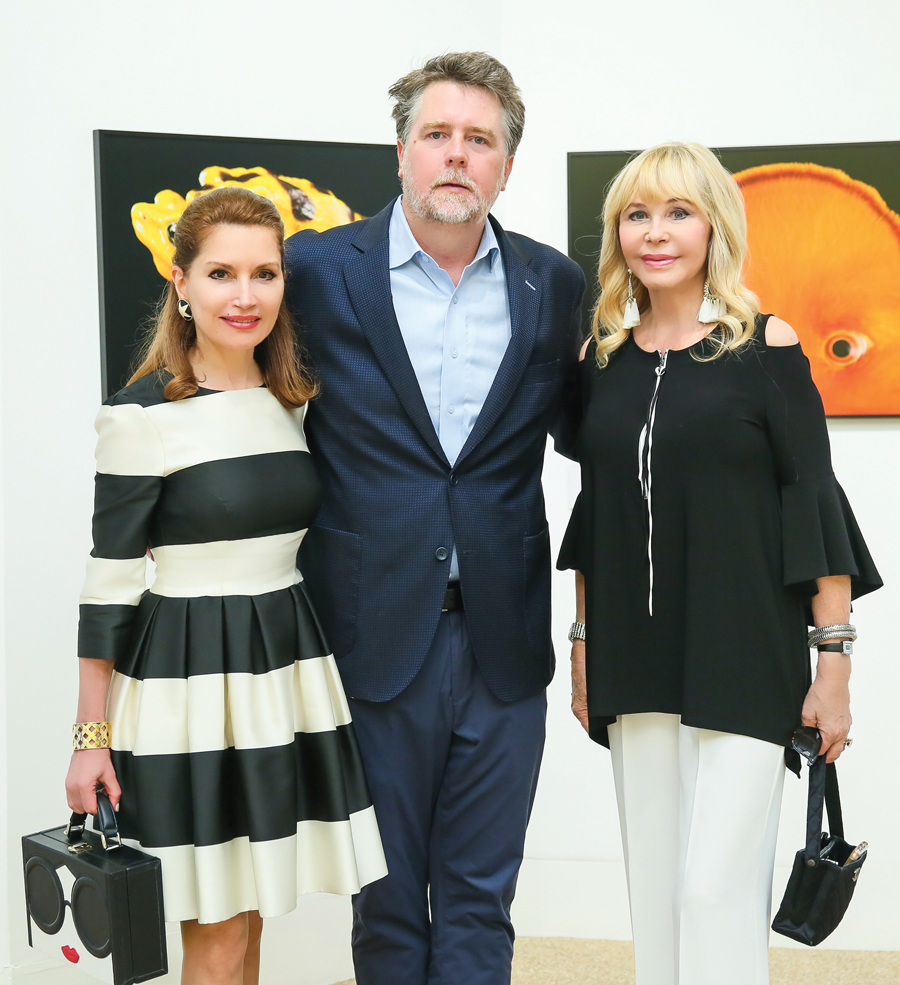 About Tom Dunn
Tom Dunn, a cultural non-profit executive with twenty years of high-profile experience, was appointed the executive director of Southampton Arts Center in April 2018. From 2001 to 2017, Tom was part of the Lincoln Center for the Performing Arts senior management team that oversaw the $1.2 billion physical redevelopment of Lincoln Center’s 16-acre campus. After serving as an aide to the president of Lincoln Center from 2001 to 2007, Tom was appointed the founding director of the David Rubenstein Atrium. In 2012, he was promoted to senior director, concert halls operations — overseeing all of the customer-relations departments at Lincoln Center. Prior and concurrent with his 16-year tenure at Lincoln Center, Tom worked as a writer, director, and producer in the Off-Broadway, comedy, and television communities. Select credits include directing and co-writing the Off-Broadway cult comedy Who Killed Woody Allen? and creating and developing projects with the Epix, Bravo, and Oxygen television networks.

About Jean Shafiroff
Jean Shafiroff, philanthropist, humanitarian, activist and the
author of the book Successful Philanthropy: How to Make a Life by What You Give, is a volunteer leader of several charitable causes. She serves on the boards of eight charities: Southampton Association Hospital, NYC Mission Society, French Heritage Society, Couture Council, Jewish Board, Southampton Animal Shelter Foundation Honorary Board, Global Strays, and Southampton Bath and Tennis Club’s Charitable Foundation. In addition, Jean is an ambassador for the American Humane Society and an ambassador for the Southampton Shelter. Jean and her family reside in Manhattan and Southampton.