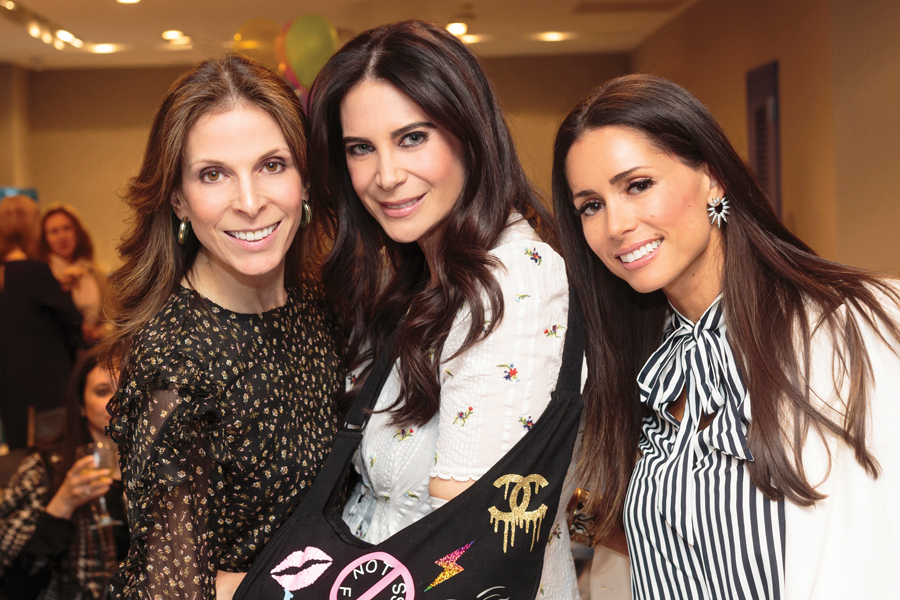 For most people, it takes a kick in the tush to make a change in their lives. For me, it took a broken elbow.
A few months ago, I was working out on a Pilates reformer. The number one rule of using these machines: focus. But to be honest, my mind was in a million different places. I was thinking about a present I needed to buy for a five-year-old’s birthday party my daughter was invited to. I had to get my 12-year-old son to an audition as soon as he got out of school (Could we make it downtown in an Uber in less than 10 minutes?). I was planning my mother’s 70th birthday brunch (mental note: email the baker the cake should say, “Happy Birthday, #Nanadoll!”) and my 15-year-old had left his baseball uniform at home — I had to run it over to practice so he wouldn’t be benched. As I stretched and pulled and twisted and sweated, I could feel the tension in every joint. Ugh! I forgot to send out that email blast about the upcoming DivaMoms book club event Sunday! I had promised three days ago to edit the latest draft of a TV pilot I’m writing.
Then the phone rang . . . and I answered it. It was my son’s high school calling about a problem that really wasn’t a problem, and by the time I hung up, I was so frazzled and distracted, I literally fell off the Pilates machine. It all happened in a split second: I didn’t want my face to hit the floor (plastic surgery is so expensive!), so I cushioned the fall with my left arm. I felt a pop, then searing pain. I literally saw stars and thought I would hurl or faint or possibly both at the same time. The instructor and the other women in the class swarmed around me, so I was too embarrassed to do either. Instead, I hailed a cab (with my right arm!) and headed to the nearest hospital. All of the plans I had been trying to figure out went out the window. I was now stuck in the emergency room for three hours, waiting to get X-rayed.
When I got home, my arm was in a cast, and I was emotionally upset with myself. My family tried to be sympathetic, but I truly blamed myself for allowing this to happen. Why was I trying to juggle so many balls in the air at once? It was inevitable that one or five of them would hit the ground. No one has that many hands (unless you are an octopus) — I just didn’t expect to fall with them. My friends like to tease me that I’m Wonder Woman (the long dark hair does bear a striking resemblance). But here’s the thing: Some days, I don’t have my cape on. I can’t do it all, all by myself. As much as I’d like to think of myself as a superhero in heels, I need some time off for good behavior. We give our kids a time out. Couldn’t someone give me one once in a while?
A friend called to check up on me while I was healing. “What are you doing?” she asked. “Breathing,” I replied. She thought that was the best answer she’d ever heard. And I meant it — that was all I was doing and it was enough. There’s this little reminder that automatically comes up on the Apple watch my kids gave me last Mother’s Day. Once a day, it buzzes on my wrist to remind me to breathe mindfully. Every time I see it, I hit mute. Who has time to take three minutes out of a day to inhale and exhale in a slow, steady rhythm? But I need to make time; we all do. It’s not selfish to make yourself a priority, to allow your babysitter or your husband or your kids to pitch in so you can indulge in a little self-care session.
I found that a cast on my arm was a good reason to start. I hit snooze on my alarm. I took a long, hot shower. I poured myself a glass of rosé. I napped on the couch midday. I turned off my phone ringer and refused to check social media for 24 whole hours (Guess what? Facebook and Instagram were still there in the morning!). Amazingly, I found myself feeling less frustrated, resentful, and angry. I felt more zen, chill, and at peace. The next day, things got done, plans got finalized, deadlines got met. I felt more creative, more empowered, more ready to take on the world. Everything came together, and, I swear, it was because my mind was recharged and running on a full battery for the first time in forever. There was no more mom guilt (breaking your arm guarantees you a get-out-of-jail pass for practically every task and obligation). My husband felt bad for me and actually volunteered.
My cast came off and I was actually a little sad to see it go. My doctor assures me my arm will be good as new, although it might occasionally ache when it rains. I won’t mind. I’ll think of it as my own internal reminder to just breathe. With the hot, sultry days of summer upon us, take the opportunity to breathe on the beach, on a long walk, and be mindful of your inner voice. Enjoy the last of summer before the kids head back to school, and make lots of memories off-line.