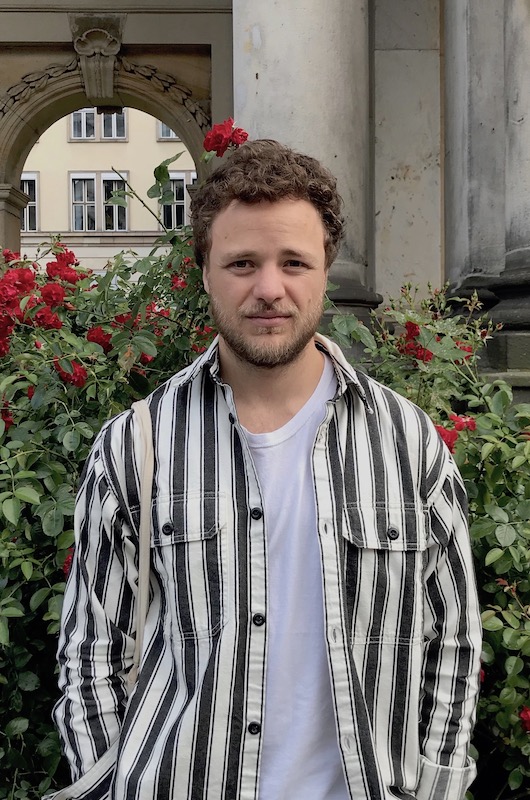 Chicago Fire’s Jeff Lima has joined forces with NYU Tisch School of the Arts to present the 2019 Jeff Lima Award. The award, which empowers those of all races, colors, etc, to write Latino stories, with Latino characters, was awarded to MFA candidate and NYU’s Graduate Film Program’s Max Walker Silverman. Walker-Silverman just wrapped up his latest project entitled “Chui Boys of Summer” about a group of about a group of Guatemalan living in small town Colorado in search their definition of home.

Jeff emphasized on what stood out to him about Max’s project and the importance of the award while Max talked about what inspired his latest work and what receiving the award means to him.

Q: What stood out about Max and his project? What do you look for in these projects?

Jeff Lima: We’re inundated with so much information that we’ve become conditioned to synthesize that which we read or see, on a macro level. For instance, we’re aware of individuals who seek asylum in America- and often times, just that bit of information can appease our queries; we lose site of the intimate picture which in this case, may take the form of said asylum seekers not only leaving their native land, but leaving behind best friends, co-workers, and memories.

Max Walker Silvermans’ Chuj Boys of Summer, tells the story of a group of young men who have left their native land behind and in doing so, aim to find this concept of ‘home’ in rural America. These men take refuge in each other’s’ company.

This film is imbued with cultural specificities and a rich sense of humanity, which can often be overshadowed on the merit of our predisposition toward immigrants.

Q: What’s the inspiration behind “Chuj Boys of Summer”?

Max Walker-Silverman: I grew up in a very pretty mountain town that people call ‘white.’ Very white. Sometimes they say it as a joke, sometimes as a criticism, sometimes as a statement of fact. But as it turns out they’re wrong. And saying so is just a way to mask an uncomfortable reality: this is a segregated place.

The gears of this town are kept turning by a large latinx community. In every kitchen and construction site, every condo and hotel room, they are the backbone of the place. I made this film with friends of mine who all come from Guatemala, from the same town, from the highlands. And though living in a strange place they find comfort in the mountains and community with each-other. They find a home.

The story is told in Chuj, their Mayan language. It is a speech, like the mountains, that long predates sovereign borders and may well be here long after them. So the film is a gentle challenge the way towns like this are perceived: who is seen or unseen? To whom does the place belong?

Q: I know you have two other short films; how did the process differ from “Chuj Boys of Summer”?

Max: Oh so many ways. I mean—in some sense every film is like starting over from scratch. Learning how to read; how to chew solid food. (Blah blah.) This was the first time I’d ever co-written, directed in Spanish, or worked with actors delivering lines in a language I don’t speak. And as it turned out that patient linguistic operation was the beating heart of the whole thing. Talking through the scene first in Spanish, thinking through how it would go in Chuj, shifting it around accordingly. It made each actor a writer, a fact checker, and (dare I confess) a director themselves. Sometimes directing is all about control. This time it was just about trust.

Q: How important is it to receive this award?

Max: Well the award was the difference between making the movie and not making the movie so I suppose the answer is: very, very important. There are two types of currency one spends on a film: cash and confidence. It’s hard to find enough of either, much less both, and this award was a mighty fine does of the two of them. Gratitude feels like a small word for such a gift but let’s at least start there: we’re grateful as could be.

Q: What do you look for in these projects?

Jeff: I hate to simplify the barometer for determining what it is that I seek in a script, but if I can choose one word, it’d be honesty. Audiences enjoy the opportunity to take a visceral journey with a films’ protagonist. A film best accomplishes this by delivering an honest narrative.

Q: How important is this award to you and the Latino community?

While there is a lack of Latino presence on the silver screen, I hope to see a proliferation of Latino stories because we have a proven track record of success. Its my hearts desire to fan the flame of any storyteller who dares to tell a Latino story.

Q:How do you think this award will help your career?

Max: I don’t know and with the respect I don’t much care. We’ve done this for the pleasure of it and because the story matters so damn much. The award allowed this project to happen despite the dictates of a career rather than according to them. I guess that’s what makes it special.

Max: Can’t say I’m entirely sure. There are a few feature films I have in some version of “the works”. Tender stories set here in Colorado, for the most part. Hopefully get one of them made before too long. Otherwise trying to be in nice places with nice people. Maybe help some friends out with projects of their own. And once the general election kicks off start knocking on doors.