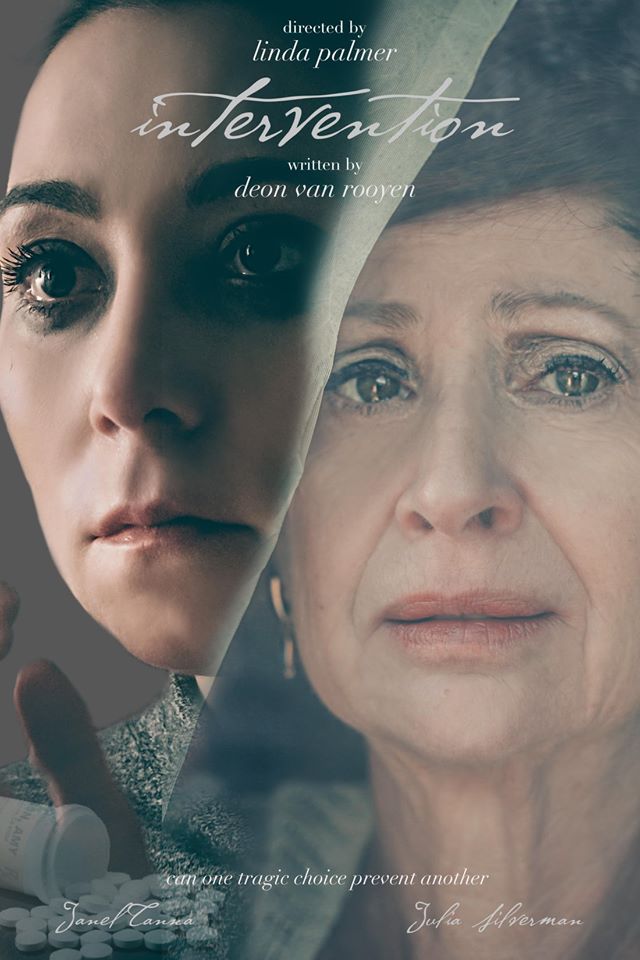 Janel Tanna is screening her latest short film, Intervention, a drama where she explores addiction and mental health through an artistic perspective. Directed by Linda Palmer, Janel plays an addict going through withdrawal and dealing with the aftermath of a parent’s suicide. The film, which first premiered in the East Hamptons a few months, has received several accolades and will have a screening at the New York City TV Festival at the Dolby Screening Room on November 23. Tickets for the screening are available for purchase at eventbrite.com.

Tanna is an actress and occasional producer and screenwriter who, just four years into her career, has appeared in more than twenty projects, winning fourteen acting awards at various film festivals, plus two writing awards. She has also received an additional nine acting nominations; Not bad for someone who almost never went down that “what if…” path of acting she had often daydreamed about, but life seemed to have other plans.

The first film she starred, produced and was the lead actress in, “Sienna’s Choice,” a dramatic short film which looks at end-of-life care and the decision-making involved; the short won accolades including over thirty awards and nominations at various film festivals around the globe. In a dramatic short.

She explains as an actress and filmmaker, “I like to be a chameleon; I pull from many different aspects of who I am to make characters, it really gives me satisfaction when I feel the truth deep when each of these personas come to life. When it comes to writing or producing films, I tend to focus on things with some kind of social message. Something that will touch people or is a hot topic of ethical debate.”

While acting was a what if that seemed as if it will never come into fruition, modeling is something she, more or less explains, randomly happened. When we spoke in February, she was a bit tired, as it was the middle of New York City Fashion Week, and she had walked in several runway shows, with more to come. That all started when a friend, a top U.K. makeup artist, encouraged Janel to model, and she went on a few auditions and quickly booked an L’Oréal hair job. After that, she started doing various runway shows, including three seasons of Couture Fashion Week, Couture in Paris runways, and again this season with Couture, EPN and New York Fashion Week.