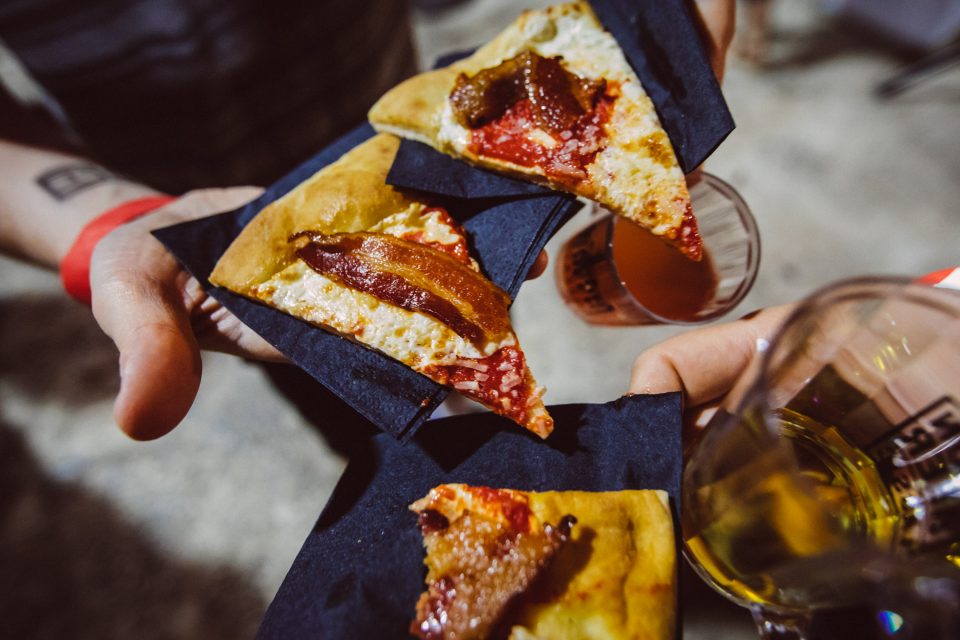 It’s the most wonderful time of the year!  It’s the time when Bacon and Beer lovers can rejoice because Cannonball Productions is bringing back its highly addictive, nationally-touring Bacon and Beer Classic to the Big Apple on Saturday, April 11. Tickets will drop on Black Friday, November 29th with special pricing through Cyber Monday on December 2nd. 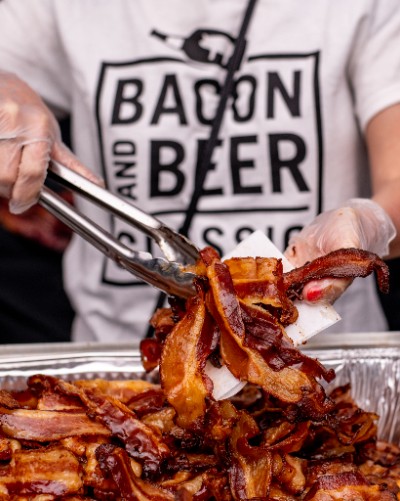 Voted the #1 Nationally-Touring Specialty Food Festival by USA Today, hundreds of thousands of food fanatics have attended the Bacon and Beer Classic at professional sports stadiums, arenas and concert venues across the United States since its inception in 2014. Next year, they’re bringing the festival to Brooklyn Expo Center (72 Noble Street) in Greenpoint.  The Bacon and Beer Classic offers attendees an all you can eat and drink tasting experience unlike any other.

Pig out on some of the city’s most over-the-top, creative and delicious bacon dishes. Over 30+ restaurants including–Queen’s Bully, Jase’s BBQ, Cuzin’s Duzins, and Sands Jerk Hut– will participate and dishes have included everything from a Green Chile Pimento Grilled Cheese loaded with bacon and jalapeno slaw, to Mesquite Chicken and Bacon Fajitas, and mouth-watering Bacon Cinnamon Rolls with Stout icing. Then there’s the beer, cider and even hard seltzers, copious amounts of unique brews and beverages from local and regional breweries including Montauk Brewing, KCBC, Brooklyn Brewery, and Three 3’s Brewing.

Stretchy pants are recommended at this event and when you need a breather, the Bacon and Beer Classic will provide you that much-needed time to snap photos on a bacon-shaped see-saw, shop for merch like bacon bibs, socks, t-shirts and hoodies, or cheer on competitors in a Hormel® Bacon Eating Contest for the chance to win a year of free Black Label® Bacon. 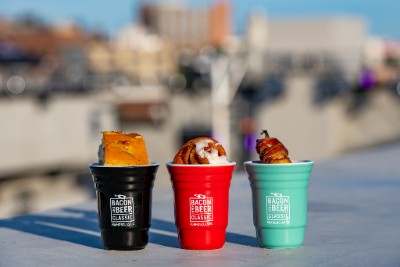 Tickets are all-inclusive so guests can sample bacon and beer to their hearts delight without ever taking out their wallets.  There are three ways to experience the Bacon and Beer Classic, with General Admission, Power Hour, or VIP tickets. General Admission tickets begin at $49. There will be two sessions, an afternoon feast from 1pm – 4pm and an evening party from 7pm – 10pm. VIP and Power Hour ticket holders will get to enter the Brooklyn Expo Center an hour early through an expedited line. VIPs will also enjoy access to limited-edition craft beers, a specialty cocktail, VIP seating, a delicious bacon grilled cheese, and more. All tickets include a commemorative tasting glass you’ll never want to toss and access to the Bacon and Beer Classic mobile app for vendor information, an event map, and more.

The Bacon and Beer Classic gives back to Forage Forward, a nonprofit focusing on nutritional programs. A portion of the proceeds from ticket sales will be donated to this charity, which is focused on sustaining clean water and urban gardening. For tickets and more information visit baconandbeerclassic.com