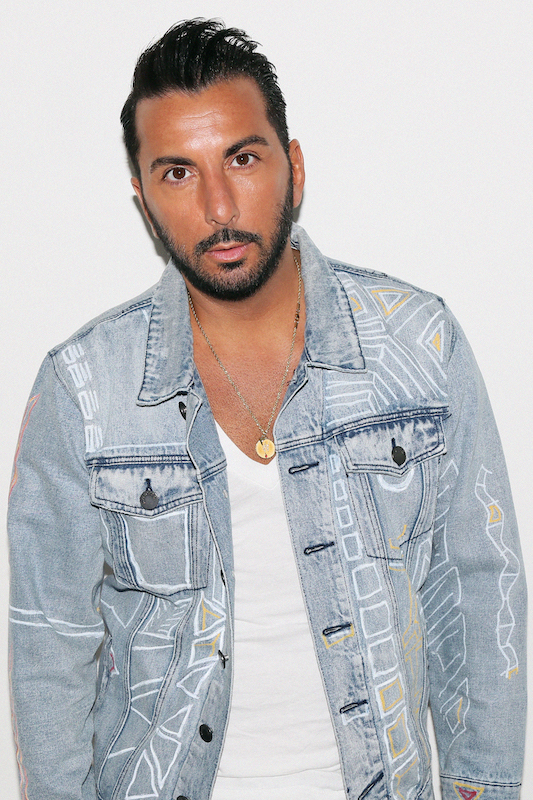 Actor, writer, and director Danny A. Abeckaser has been quite busy. The Brooklyn native has his own movie production company called 2B FIlms (after the apartment it was started in) and can be seen alongside Robert De Niro and Al Pacino in Martin Scorsese’s latest work, The Irishman; which is the third time he’s worked with the famed filmmaker. “I have two HUGE scenes with De Niro! Working with Scorsese was amazing. “He’s such a huge deal in my mind that even small roles are exciting,” said Abeckaser.

Danny is also gearing up to release his next project under the 2B Films banner entitled Mob Town. The film, inspired by the true events of a cop and the FBI as they track various members of organized crime families who are getting ready to gather for a huge meeting in Apalachin, New York in 1957. The 2B production stars David Arquette, Jamie-Lynn Sigler, Jennifer Esposito and Abeckser; who also takes the helm as director. The film is set to hit theaters on December 13th.

Abeckaser will once again be teaming up with David Arquette for Blackjack: The Jackie Ryan Story. The movie is about street basketball legend Jackie Ryan (who Danny worked closely with while working on the story) and his tryouts for the New Jersey Nets. “Some people think I just like crime and gangster stuff, but I just happened to do two of them in a row; this is about basketball.” He goes on to say, “I loved Rocky because he was an underdog and it was about how much fight he had. When I heard Jackie’s story, it was a redemption story; a story about a guy who gave it his best shot and used basketball as a gift.” Greg Finley is set to play the title character, with Ashley Greene, Brandon Thomas Lee and Michael Rappaport to co-star.

The Israeli triple threat received the “Voices For Change” award from together1heart in 2018 for his generous support of both the organization, which fights human trafficking, and for the chairman, actress AnnaLynne McCord. Danny is also a huge supporter of Rhonda’s Kiss, who assist with grants to partner hospitals to establish patient assistance funds that are focused specifically on cancer patients in need. “Cancer patients go through so much alone and so many don’t have support systems.” Said Abeckaser, adding how thankful he is to support such a one-of-a-kind cause.IMDb