Artist Kelly Fischer is set to premiere her latest work entitled Street Art: Bowery Hotel Lobby at SCOPE, the critically acclaimed art show in Miami. The work will be presented through the Volgelsang Gallery from Belgium, with whom Fischer has shown with in New York and Brussels, as well as SCOPE for the second time. Fischer will also be showing another piece called Street Art Gstaad, Switzerland, a large-scale mural, at the Mr. C Hotel. Her artwork will be exhibited in conjunction with Art Living Miami and Contemporaryartprojectsusa. “I had wanted to create this large-scale artwork. I really needed to express myself on a large-scale canvas,” said Fischer.

The Consulate General of Switzerland in New York City hosted Kelly’s solo exhibition entitled Kelly Fischer: Blending Worlds. The eight-piece exhibit (four in New York and four in Switzerland), was the seventh edition of Art @ The Consulate, a curatorial program which showcases Swiss artists in the United States. “You have to be a Swiss citizen to exhibit there so that means the world to me because I’ve been a Swiss citizen, as well as an American one, for over 30 years,” Fischer said. The Swiss artist has recently shown at the Cultural Center in Mijas, in Malaga, Spain, ANF Gallery in Memphis, TN and the Jackson Hole Fine Art Fair. HG Contemporary Art Center serves as her advisor. 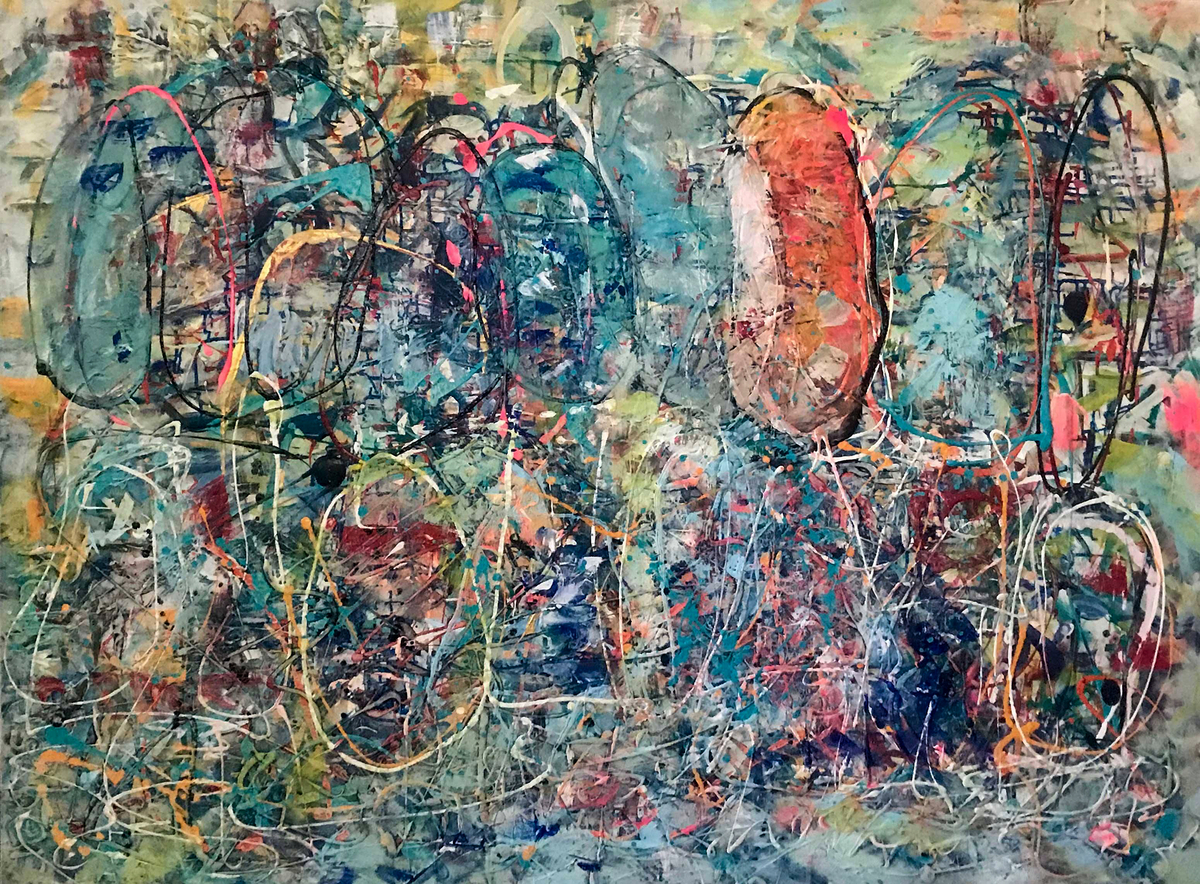 In her semi-abstract expressionist work, Fischer adds textures and colors layer by layer to tell a story, which is driven by her creative impulses. “I think a lot of what colors I’m going to start with. Then, I can start adding layers for depth,” she goes on to say, “One thing that is super important to look for in all of my work are the circles; circles represent people and they’re usually the top layer.” 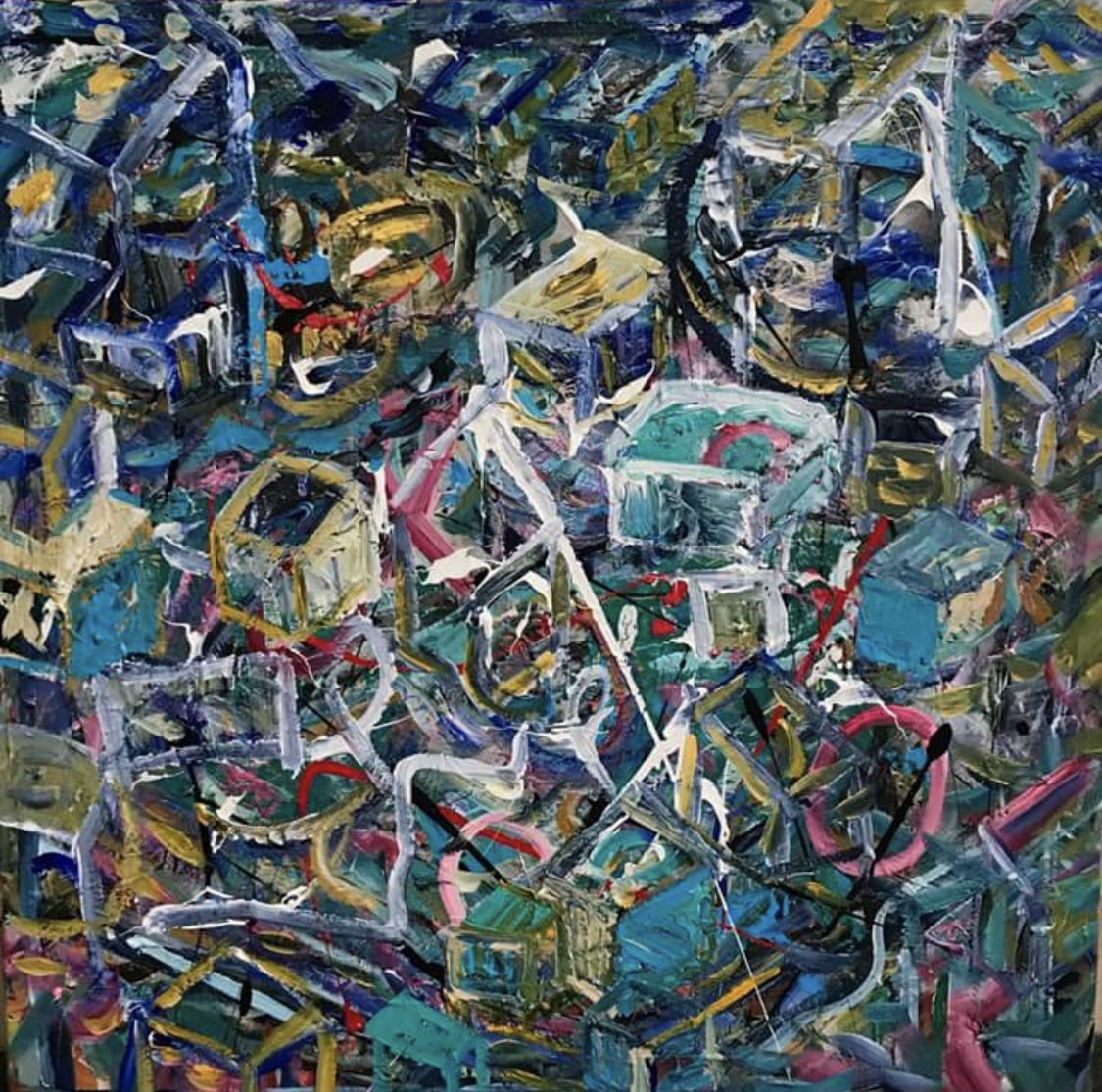 The Street Art Series is one that is very important to Kelly, and one that is constantly growing. While in the city, Fischer is usually in SoHo, or the West or East Village. Fischer can also be spotted walking along the Hudson, enjoying the architecture and people of New York. These same people and places have inspired her series, which includes Avenue B, SoHo, Chinatown, among other places. These are a complete contrast from the work Kelly produces when she is in Switzerland, such as St. Bernard’s Pass, which give off a more secluded vibe; reminiscent of Fischer’s mind state during these times. 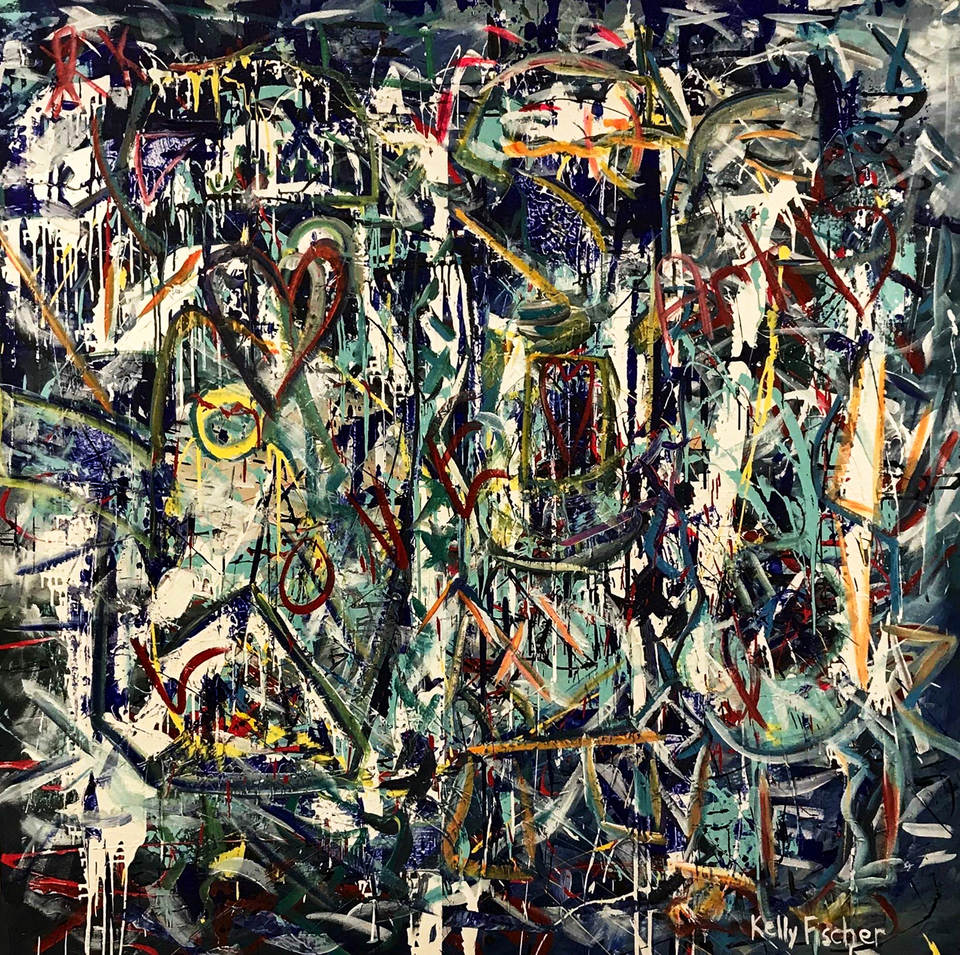 Avenue B
Though she visits New York often, one stay in the city, in particular, was a revelation. “I had a solo exhibition there last May, and I stayed in the East Village, on Avenue B for a month,” Fischer explains. “Just the people – there were a lot of schools in the area, a lot of children walking around, as well as older people, there was a lot of street art, lots of cars. Really pretty much everything you can imagine on one street.” 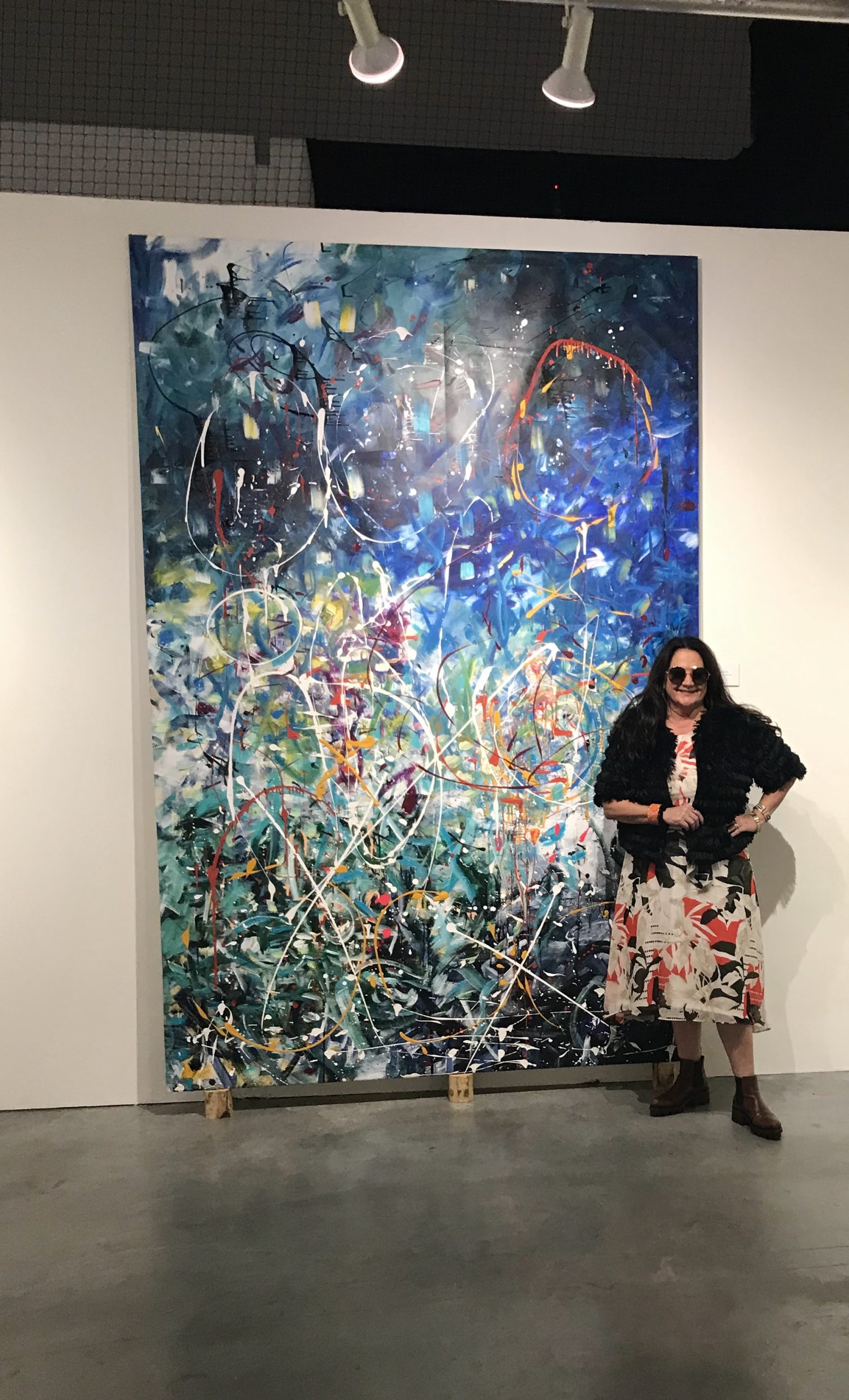 The Most Beautiful Color of All

Fischer has also published 12 children’s books, which she tries to work in with her art exhibits. The Santa FeChildren’s Museum sponsored a special edition of her book, “The Most Beautiful Color of All,” where she visited and painted murals of the children. She works with Miami Dade University’s children’s program, and they’ve given her solo exhibitions for her art. “I try to combine these [interests] the best I can.” kelly-fischer.com​