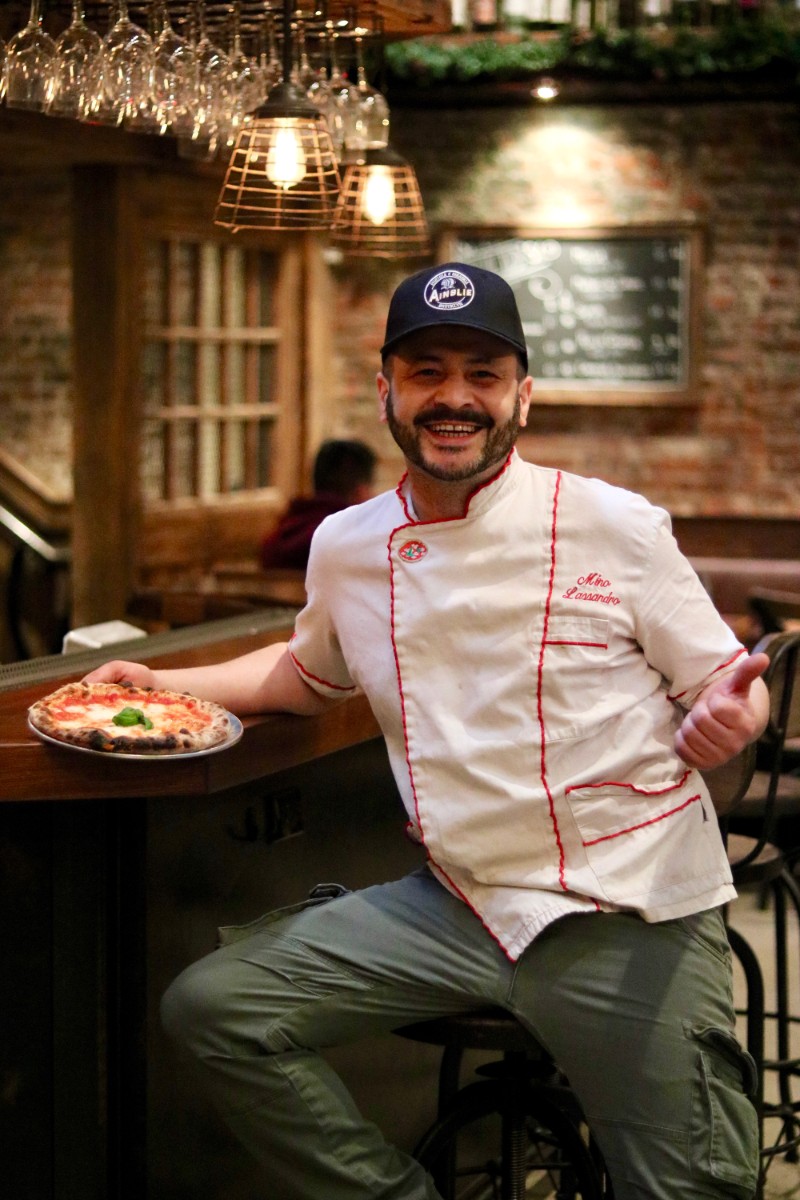 Italian born chef “Mino” Erasmo Lassandro began his career in the restaurant industry in 1998 as a bartender apprentice before serving in the Air Force for a year.  In 2000, he moved to Rome and worked as an ice cream apprentice for two years before working in a piadineria restaurant in Cattolica, the province of Rimini from 2004 – 2005. Mino was given his first experience as a pizza apprentice at a pizzeria located in Casamassima, Bari. He worked there for four years until June 2009 when he became head pizza chef at an American pizzeria and bar in Bari where he worked until 2017. 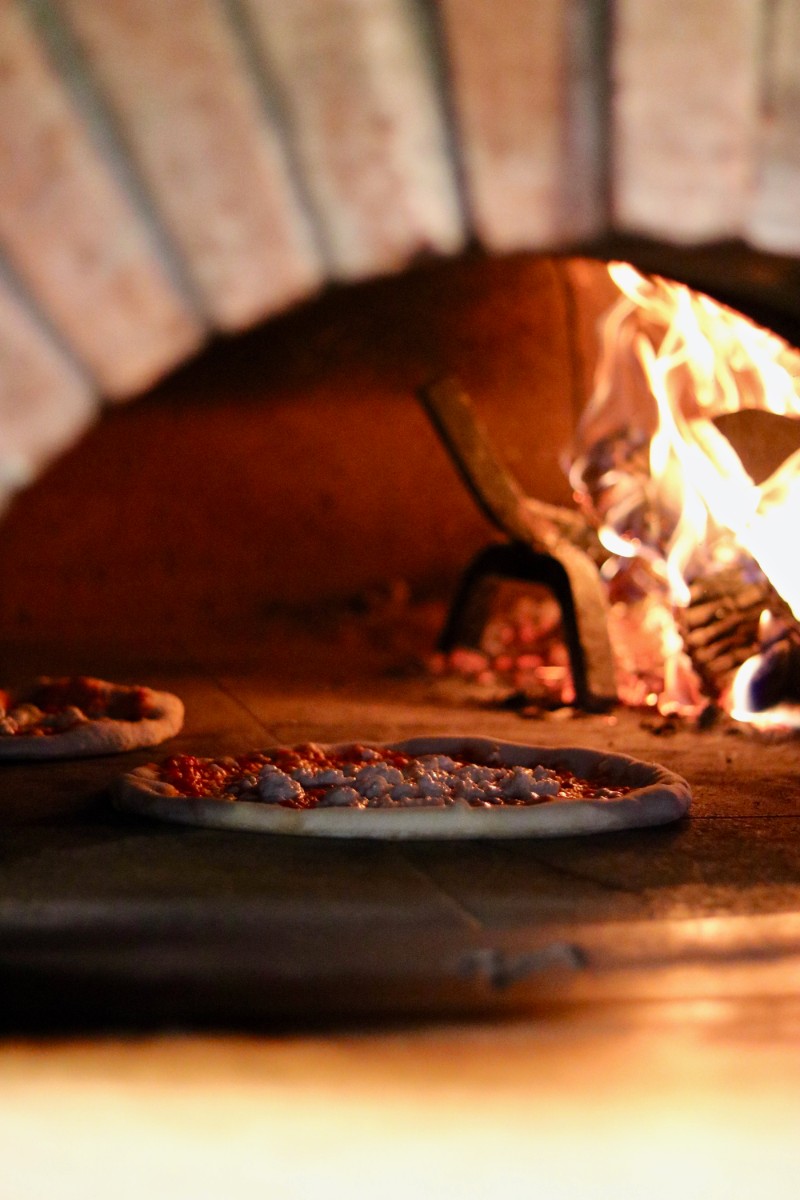 Upon moving to New York the following year, he landed his first job at La Rossa Pizzeria in SoHo; which unfortunately closed after seven months. “Luckily, in those months someone had noticed me. After the closure, a common pizza chef friend introduced me to the Riva brothers and AJ Bontempo who believed in me.”

Now, Lassandro is the lead pizza chef at Brooklyn wood-fired pizza beer garden, Ainslie. “I’m very happy and things at Ainslie are fine from all points of view. Pizza is really appreciated and that’s the most important thing. Our happy hour is going great with my proposal for an 8-inch pizza. I have to say that I was really lucky to meet Sergio, Mario and AJ, they are fantastic, capable and intelligent people.”

One thing that can make or break a great pizza pie is the ingredients. Although they are essential, Mino sheds light on things that are just as integral to pizza, “given that the pizza recipe is known to everyone, what makes the difference is passion. Experience is fundamental and working with different types of pizza (Neapolitan, classic, American, pan pizza) gives you those little secrets that the pizza chef himself makes his identity. 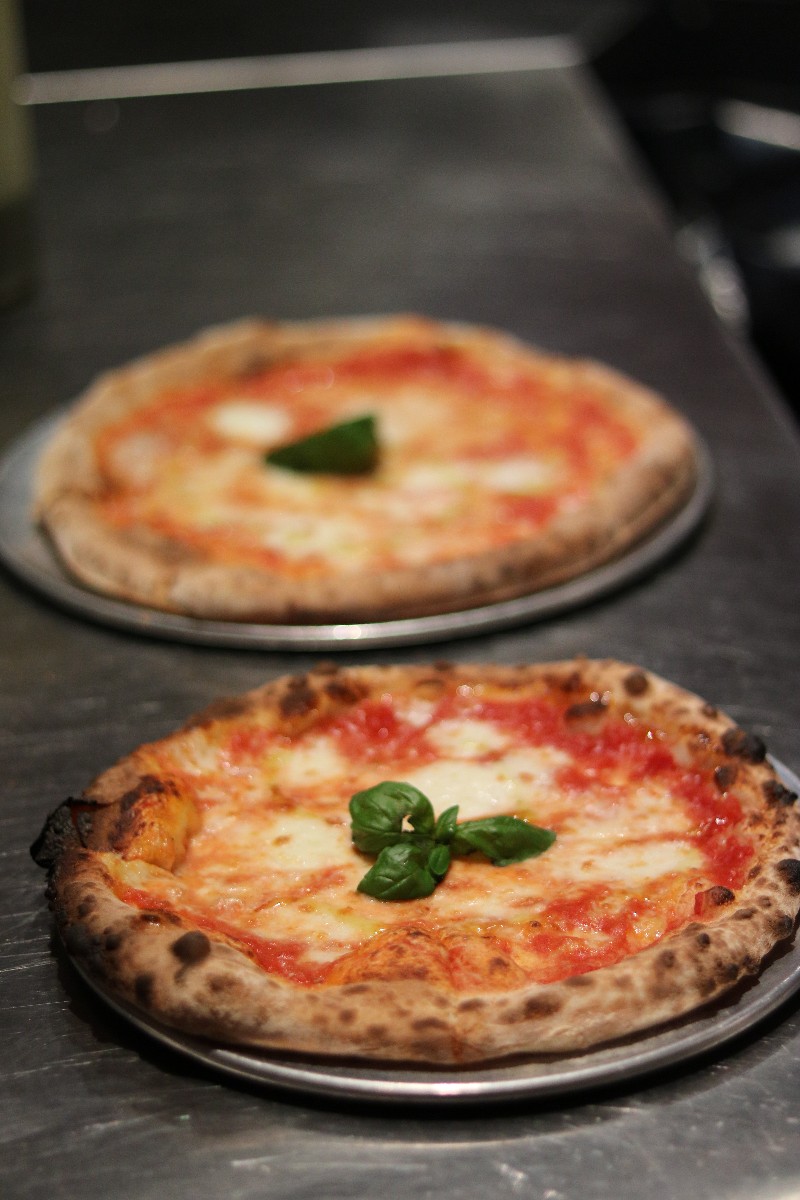 He continues, “Certainly, if you put a little heart into anything you do, the result will always be better.

Mino was given the opportunity to participate in several world championships for pizza makers and in 2016, he placed 50th out of 920 in Parma, Italy during the most important event in the sector, the World Championship of Parma pizza.  This year, Lassandro is gearing up for the International Pizza Expo in Las Vegas, which starts on March 29th. Erasmo, who is getting ready to prepare what he calls “saltimbocca” says, “It will be my first time at the International Pizza Expo in Las Vegas, so I really want to make a good impression,” he goes on to say, “I owe it to everyone who believed in me and made it possible for me to be part of the event and I owe it to myself. I consider it a reward for my work beyond how the event will go.” ainsliebk.com