California based actor and musician Lukas Haas debuts his new single She’s In My Head. The song, which can be downloaded on iTunes or streamed on Spotify, features interesting piano cords accompanied by solid percussion and sing-songy, almost spoken-word like lyrics. The video, which is now available on YouTube is essentially a screen record of Lukas’ phone as he obsesses over a girl through her Instagram account (something we’ve all been guilty of from time to time). Some highlights include, but aren’t limited to Lukas scrolling through his interest’s Instagram profile, watching all of her InstaStories and looking through the profile of a guy she was getting close to at a party as though he was thinking “who the fuck is this!?!?”

“There was this moment where I noticed my friend freaking out on the phone about a girl and I was like ‘shit, I know that feeling,’” states Haas when speaking on the video, “it felt like an extremely relatable theme to write a song about.” He goes on to say,  “The video definitely helps propel the narrative of the song along because it’s all so relatable. It’s just a screen record but it really tells the story and it takes you through all of those moments. We all do something akin to what I was doing in that video.” 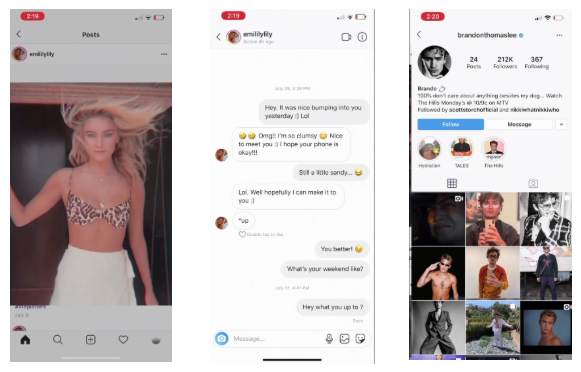 She’s In My Head also marks the directorial debut for Haas and was awarded for Best Achievement in Filmmaking at the Mammoth Film Festival this year. “It was pretty amazing to make something with a couple of friends that helped me and get recognized for it; It just feels great!” exclaims Haas.

When asked if the actor, who has been featured in films such as Inception, Mars Attacks!, First Man and The Revenant, will make a habit out of being behind the camera he said,  “I’ve been on set my entire life but that was the first thing I directed. It definitely gave me a sense of where I stand on set and how I would feel about directing. I think I may be heading in that direction to some extent. It all just depends on having a good story to tell.” He concludes by saying, “with this video, I had a very clear lightbulb moment and I was passionate about that particular story. If I get that spark again, I’ll do more directing.”

After She’s Out of Your Head 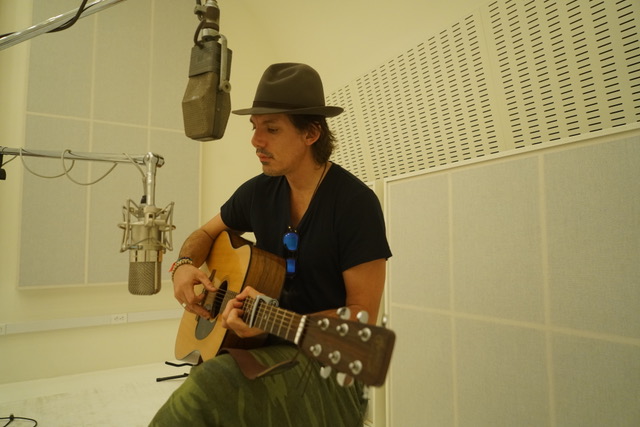 “Each song is its own story and kind of exists on its own; They’re all very different and I really enjoy that,” Haas says of the upcoming EP. Lukas was also working on a movie entitled MIdnight in the Switchgrass until filming got shut down due to the global pandemic. Fortunately, filing will resume as soon as possible. All-in-all, it seems like Lukas Haas will be in our heads, ears, and movie screens quite a bit this year. haasbomb.com