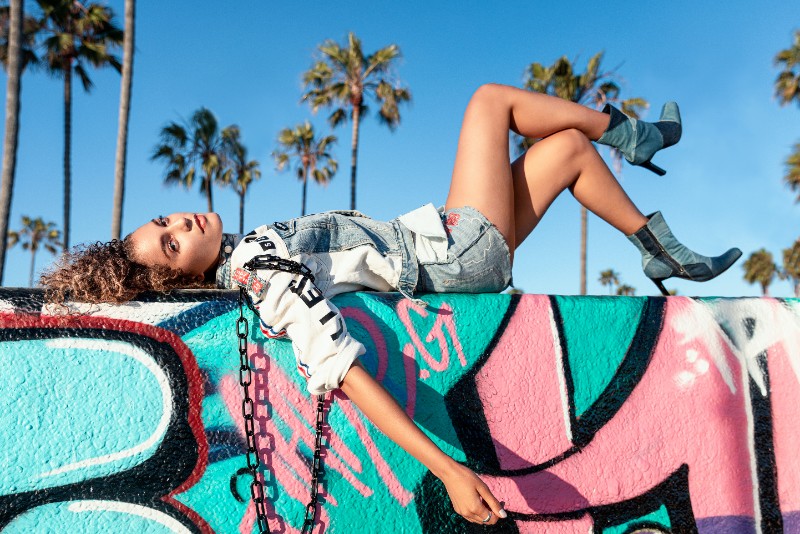 It seems as though music was inescapable for Artifex: Born to a Cuban father and Finnish mother, their interest in cultures from around the world exposed Artifex to a wide variety of music at an early age. Artifex’s father was a dancer who loved to throw parties complete with Cuban food and live music played through the night. This led to dancing, with Artifex joining the crowd feverishly.

Her dad thought dancing would be the talent Artifex chose to pursue, but at age 12, she started taking singing more seriously. She ended up attending one of the most prestigious music high schools in Sweden, where she learned about pop and rock music. She nabbed her first studio session at the age of 14, where she recorded demos and reference tracks.

From that first session, it wasn’t a matter of will she be successful, but when.

Growth in Sweden for a musician was limited at the time, and it left Artifex feeling disenfranchised with singing and the music business. This prompted a move to Italy to pursue a modeling career. “It was a slight step in another direction, but the more I got into it, the more I saw how similar modeling was to making music and how I would be able to integrate things,” she says. “These days, you kind of have to know how to do a little bit of everything.”

Artifex agreed to perform with the San Marino Orchestra at the Expo-Milan tradeshow despite having mixed emotions in regards to singing at the time. One performance of Tina Turner’s “Simply the Best” later, and her love was rekindled. “We didn’t even rehearse that. I just walked on stage, went with the flow and it turned out great!” Artifex exclaims.

Artifex moved to LA and snagged a residency at The Mint with her band, where she caught the attention of Luigie “Lugo” Gonzalez of True Makers Music Group, who was adamant about signing her after seeing one of her performances.

Through Lugo and True Makers, Artifex has shared studio-time with Grammy-nominated artist Frankie J, leading to frequent collaborations. Artifex states, “I was SO nervous working with Frankie for the first time. I watched his videos on MTV when I was a kid and I wasn’t even allowed to watch that stuff!”

When speaking on their studio sessions, she says, “He’s a very calm person and I always listen whenever he speaks. He’s always giving me really good tips and asks me questions, learning about me as an artist.” Together they’ve released “Lo Que Paso” and “Borron Y Cuenta Nueva,” which have all garnered positive reactions from fans.

Artifex also shines as one of the hosts of LATV’s Get It Girl, an all-female talk show series that covers topics relevant to today’s modern woman. The singer and model recently released her latest single, “Chillear,” a summertime feel-good anthem, and recently finished a video project where the song will be used. As far as an album goes, Artifex states one is on the way and will be ready by the beginning of next year.  iam-artifex.com