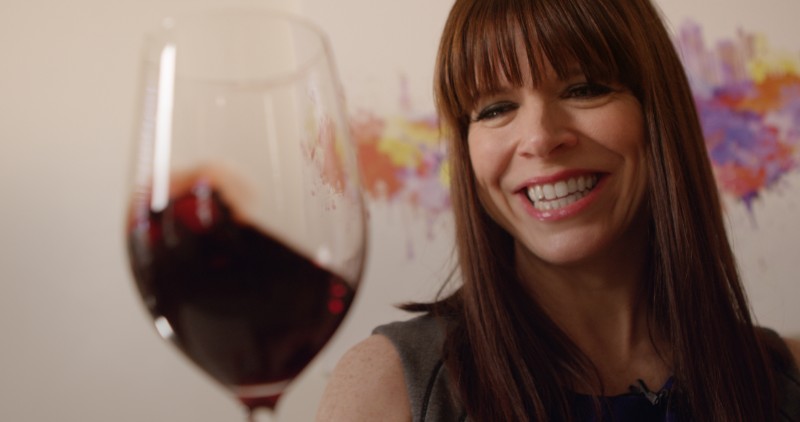 Carole Mac is a woman who has definitely taken her passions to the next level. The food and wine enthusiast has over 15 years of experience in the industry and currently hosts and produces multiple web series for Wine4Food.com, a food and wine website where informative articles and shows are presented in a fun and easily-digestible way. “One thing that I’ve always been in love with is the flavor of food,” Mac says, “I realized the flavor of wine is even more nuanced and once you really learn and get into it, it can open your palette even more than food can.”

Mac’s latest series is called Somm School Insider, a trip through the Somm School of America’s four-month program that ends with your sommelier certification; available on BINGE Networks, Youtube, Apple TV, Roku, and Wine4Food’s website. The show follows the eccentric host as she takes lessons and gets tested by some of the best educators in one of the oldest somm schools in the nation. “We wanted to give wine lovers an inside experience of somm school in a really short, fun, and accessible way,” says Mac. 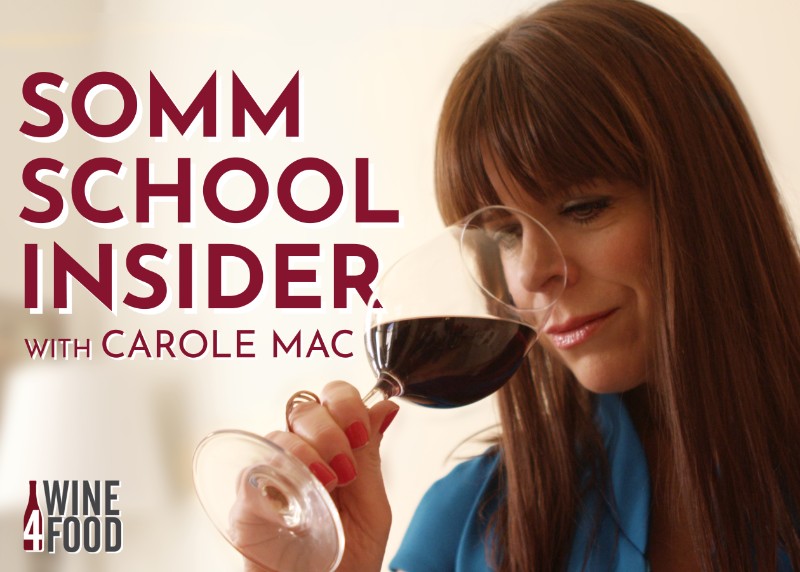 The inspiration for the show came from Carole spending time with sommeliers around New York in a previous series. “I had this series where I followed sommeliers around New York City and learned so much about their palettes. They were extraordinary and had more discernment for flavors than anyone I had ever met.” She credits this time as the period she decided she was going to learn how to be a somm, as it became a skill that excited her. “ I came up with this idea to collaborate with the Sommelier Society of America – it’s the oldest wine school in the country. They decided to work with me, so we made this in real-time with real instructors,” Mac explains. The seven-episode series follows Mac from her very first class, which is “The Components of Wine,” and goes on to tackle everything from differentiating wine by region and by grape. The series is even cut down long classes into easy-to-watch episodes (each episode is about seven minutes) with tests you can try from the comfort of your own home. Mac exclaims, “You can binge the whole series in 40 minutes and learn everything about somm school –  top to bottom!”

Wine4Food is one of the few websites making wine education fun and accessible to a younger audience. Upbeat and captivating personalities like Mac’s are key to attracting a more millennial audience; and Somm School Insider is a perfect fit for the site. “The lessons we learn in Somm School come in volumes and volumes of information and we distill it down,” Mac explains, “there are at least three things you learn that you probably never knew before that are taught by somms and applicable today in a fun package.”

More of the Mac

Mac is currently working on a show where she explores the refrigerators of notable names in the fashion world as well as musicians and athletes while educating them on food and wine. She is also working on a memoir on how food, wine, and doing things she felt passionate about helped her love life again after the loss of her son. “It’s taken a while and I’ve seen some grief counselors and punched the hell out of punching bags,” Mac quips. If it’s one thing we know for sure, it’s that we’ll be seeing a lot more of Carole Mac and her journeys through the world of food and wine real soon. wine4food.com