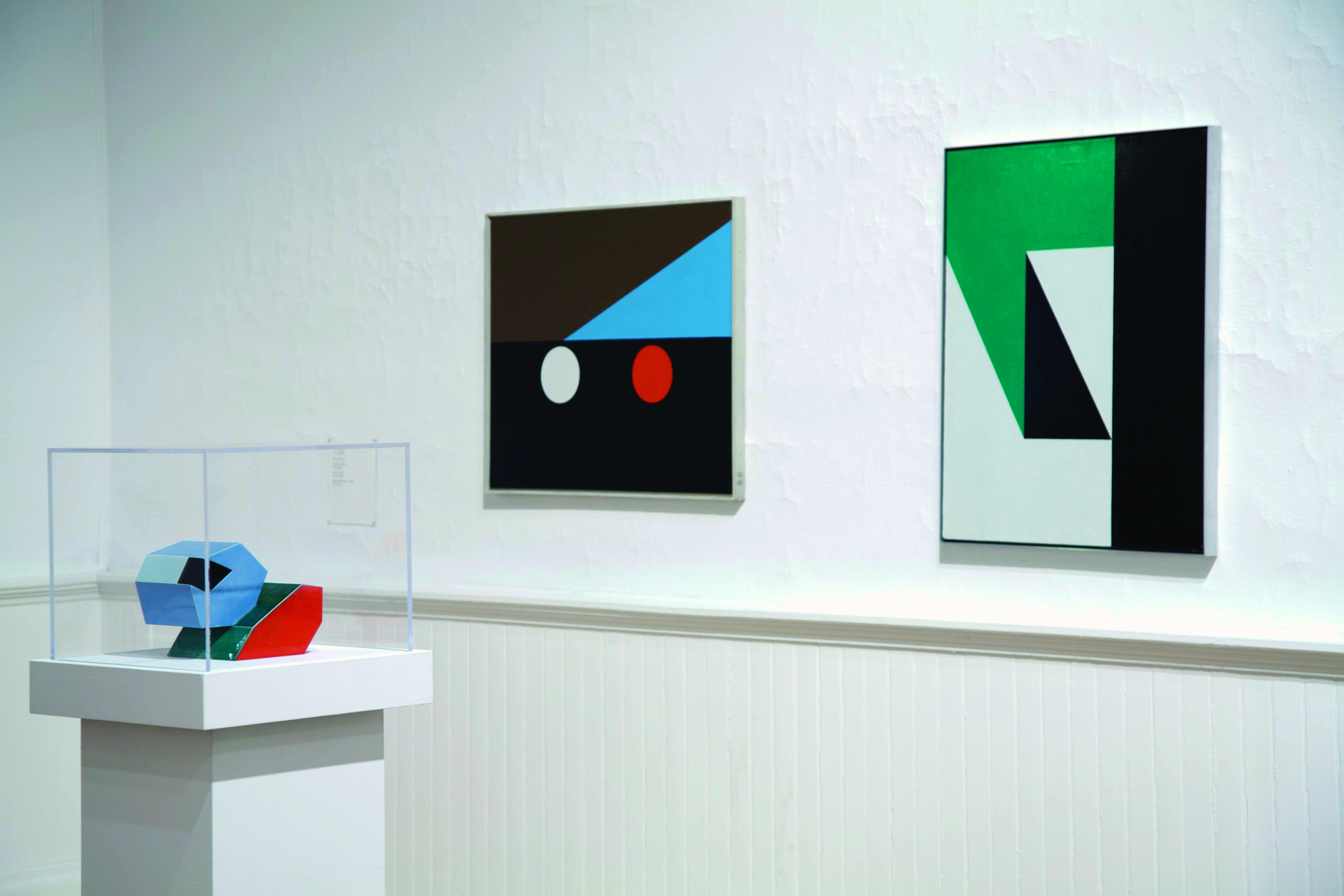 Summer is here again. It seems like yesterday when Art Basel Miami Beach co-chairs Annette Schonholzer and Marc Spiegler were welcoming you over a glass of champagne, while art stalwarts Julian Schnabel, Naomi Campbell and Diddy were already roaming the aisles of the Private View. Each night at the W you would walk past a packed Mr. Chow to find Damian Hirst chatting quietly with Mr. Brainwash in the lobby.
For those of you who prefer to stay out of the limelight, and have not been swallowed whole by the desire for “collecting contemporary,” you may have made a springtime visit to Maastricht. Her Majesty Queen Beatrix of the Netherlands was joined by some of the world’s leading collectors and museum curators the day before the Private View to celebrate The European Fine Art Fair’s silver jubilee.

Welcome home. The big local news of the summer is at the Parrish Art Museum, which after months of construction is enjoying its new home right here in Southampton. Two major exhibitions are taking place.
“EST-3: Los Angeles Art from the Beth Rudin DeWoody Collection” has offered us a tremendous opportunity to show works by artists that have made their careers in Los Angeles at a time when the Los Angeles community was just full of creativity. The show is optimistic, cheerful, completely intellectually stimulating, and marvelous,” enthused director Terrie Sultan. The show runs through June 17.

Two events not to miss: “The Landmarks of New York,” Saturday, June 24, opening at 6PM. Barbaralee Diamonstein-Spielvogel will moderate a panel of award-winning architects, including Richard Meier, Rafael Viñoly, and Annabelle Selldorf.The Midsummer Party,” Saturday, July 14. Says Sultan, “Landmarks of New York is going to offer us an opportunity to experience through photography and ancillary text some of the most important architectural landmarks in New York State throughout history.”

Below is my (KB) exclusive interview with Barbaralee Diamonstein-Spielvogel (BDS), curator (and author) of “The Landmarks of New York.” Dr. Spielvogel is also a television host and producer, preservationist, civic activist, chair of the Historic Landmarks Preservation Center, vice-chair of the New York State Council on the Arts, and director of the Trust for the National Mall. She was the first director of the Office of Cultural Affairs of New York City and the longest-serving commissioner of the New York City Landmarks Preservation Commission.

KB: What are you looking forward to most about the exhibition, “Landmarks of New York”? What is unique about the Parrish as a venue?
BDS: The Parrish Museum has a very rich history which dates back to its 1896 design by Grosvenor Atterbury, and Southampton was founded in 1640, one of the earliest settlements in the United States, so we are surrounded by history. Among the things besides nature — the astonishing light, the foliage, and the power of the vista, the ocean and the bay — it is the people who live here that make the Hamptons so alluring. The historic buildings and sites, the local landmarks here, and in any community, villages, or major urban centers, are part of the communal and cultural DNA of that location. And the preservation of our heritage provides evidence of some of our realized ambitions, and touches on every aspect of life. The current era is based on the accomplishments and achievements of the past; they outlast any individual life. Civilization is formed not only by its own achievements, but what it has inherited from the past.
The New York City Landmarks Law, which is now the bellwether landmarks law of our country, came into effect on April 19, 1965, and recently celebrated its 47th anniversary, has designated more individual, interior and scenic landmarks than any other place in the U.S. It reminds us what a young country we are. Since the time of the Bicentennial celebration in 1976, when people were looking for ways to celebrate our country, a great deal of attention has been paid to historic sites and architecture, and an increased awareness that we are heirs to the past, and stewards of the future, with all the responsibilities that implies. “The Landmarks of New York” exhibition contains 90 black and white photographs, beautifully framed and matted, with descriptive, historic text, exhibited in chronological order. So, as the history of these landmarks and their evolution unfolds, so in some measure does the history of New York City. In each of the 11 venues where the exhibition is traveling throughout NY State, I have asked the local community to prepare an ancillary exhibition, to “The Landmarks of New York” that ratifies their own local efforts in some way or form. And that is taking place at The Parrish Museum, too. All buildings are constructed with some intention, purpose, or motivation, to house a business, a family, public structures, even vanity. Those buildings tell the story of the community. In a town such as Southampton, it is necessary, and perhaps urgent, to preserve and restore the historic past, because that is part of the chemistry, romantic aura, and lingering charm of our seaside town.
I do accept the circumstances of a changing world, and am committed to preserving the past without jeopardizing a vibrant future. No generation has the right to make any place, village, or city a monotonous monument to a single moment. Progress and change and contemporary design must be given their due. But at the same time, citizens must be encouraged not to permit the best of the past to disappear.

KB: Do you have a personal favorite photograph, if you had to choose?
BDS: Happily, I don’t have to make that choice, because there are so many remarkable buildings, iconic places, that represent so much history, as well as the city, or village’s history. But there is a modest wood-frame Anglo-Dutch structure in Flushing, Queens that has a lot of historical resonance for me. It’s called the Bowne House and was built by John Bowne, it is said in 1661. What I like about John Bowne is that he came to New Amsterdam to practice his religion. He was a Quaker, which the irascible Governor, Peter Stuyvesant, viewed as an ‘abominable sect’ and eventually forbade him from practicing it, even in his own home. Briefly stated, he continued to do so, and the Governor kept on warning him to cease, or he would be in a lot of trouble. Well he continued, and then he was in a lot of trouble. Governor Stuyvesant banned him from the colony and sent him back to Holland. Bowne proceeded to fight his own case, and found in the documents of the Dutch East India Company the fact that freedom of religion was one of the reasons that the settlement occurred. Bowne fought and won his own case. Now consider the necessary but difficult circumstances of navigating the globe these days, at even the best of airports. Picture him in a ship, by then it was the end of the 1660s, traveling back to Flushing. He came back, started all over, and published a historic document, “The Flushing Remonstrance.” As a result, Governor Stuyvesant was ordered to extend tolerance to all religions. What is so important about all of this is that these requests later became codified, and formed the basis of our Bill of Rights.

KB: And is the Bowne House still standing?
BDS: Of course. It’s in the process of an extensive renovation now, and scheduled to reopen next year.

KB: I have one more question about your thoughts on buildings of today. If you asked, for example in 1933, when the Empire State Building went up: “What’s the most important architectural building in the United States?” a lot of leaders in architecture at the time said it was the Folger Shakespeare Library in Washington, D.C., which of course is much less known today.
BDS: As you probably know, The Folger Library was recently saved and restored by the generosity of various Washingtonians. But your reference to the Empire State Building has resonance at this moment. Because One World Trade Center will be topped out, and that Port Authority-built tower will surpass the Empire State Building in height. The Statue of Liberty is our most significant structure in New York; it is the bedrock symbol of what our country stands for! But the significance of its past, its tragic past, and its hopeful future, has a lot of meaning and promise, not only for New Yorkers, but for everyone committed to a brighter path for future generations.