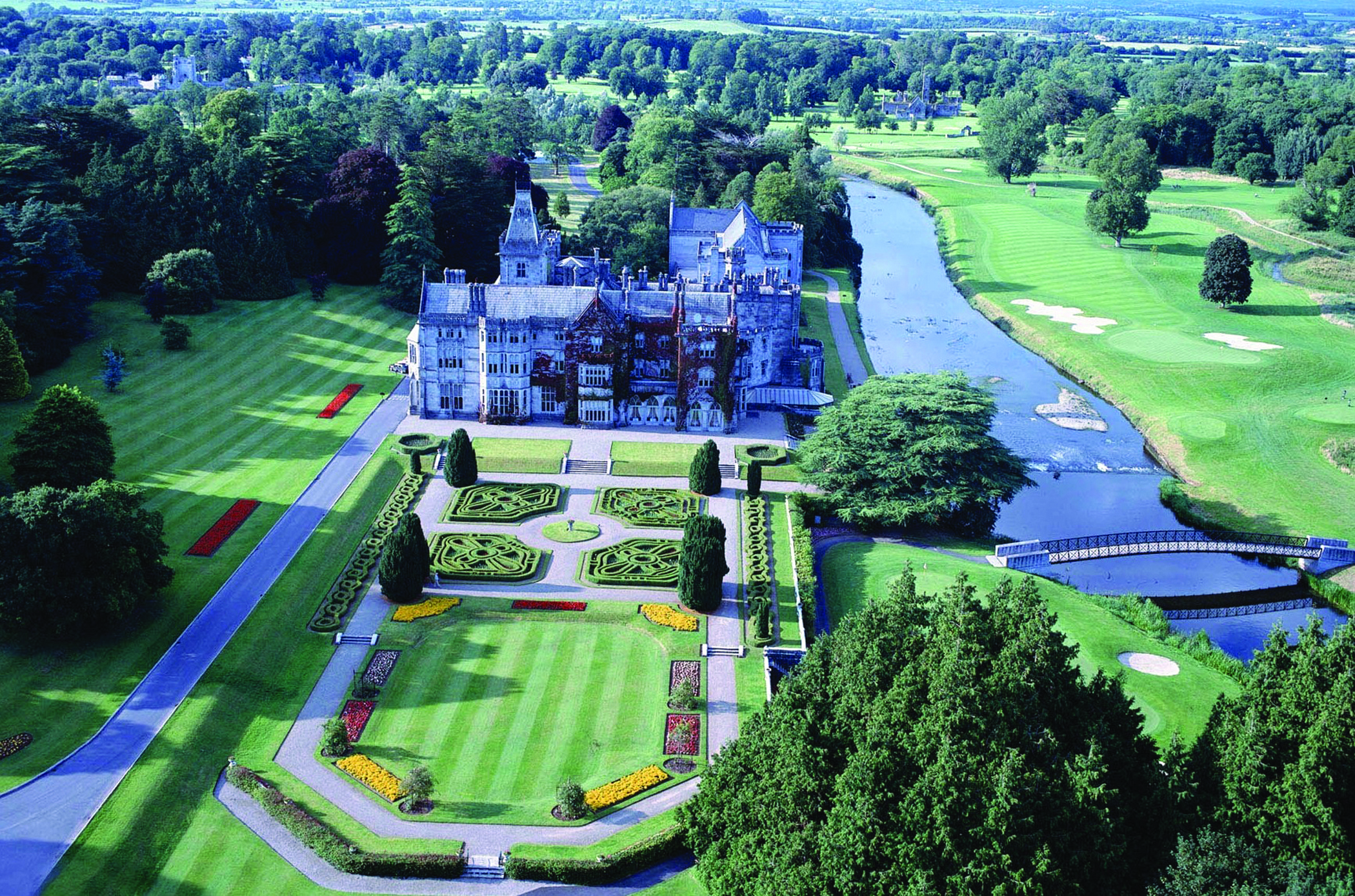 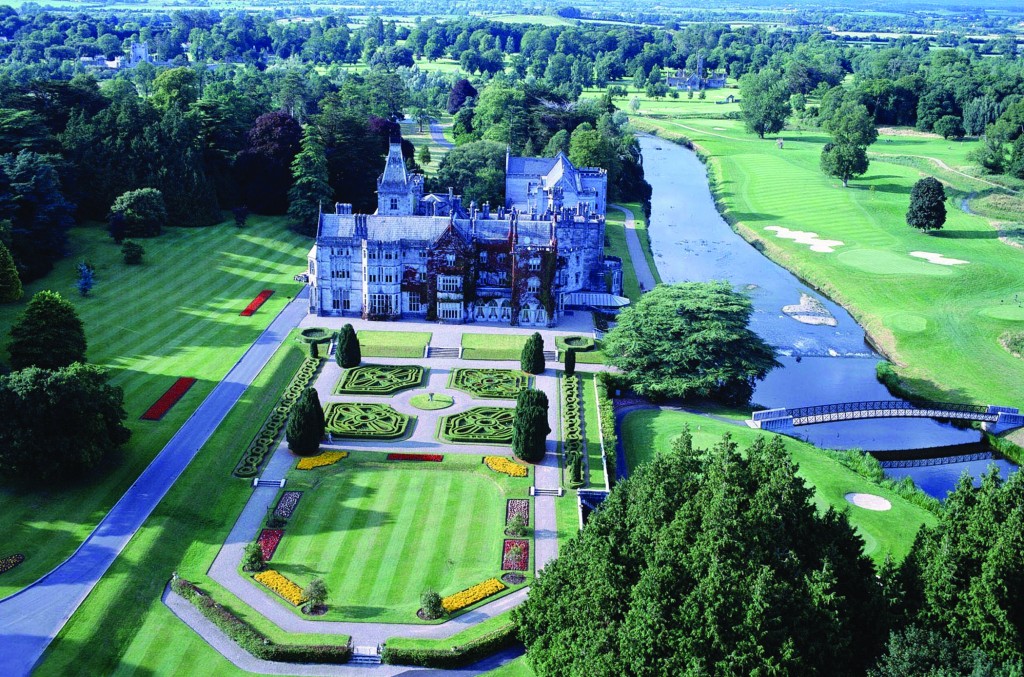 Former President Bill Clinton, who traces his ancestry back to Ireland, regularly visits the Emerald Isle to stay at his favorite castle and play golf with pals. Last fall, the possible First Man flew into Shannon on a private jet with his Secret Service detail and his monogrammed golf bag. He was returning to Adare Manor, the whimsical castle built by the Earl of Dunraven between 1832 and 1862, to play on the resort’s championship course designed by Robert Trent Jones. This historic property and its iconic greens are alongside the River Maigue, which meanders through the course famous for its undulating putting surfaces, cloverleaf bunkers, and rock-walled streams. Tiger Woods, Michael Douglas, and Catherine Zeta-Jones have all teed off on Adare’s two world-class courses. Condé Nast Traveler recently voted this hotel the No. 1 golf resort in Ireland and the United Kingdom.

Adare Manor’s most intriguing architectural secret is that it was conceived as a calendar house, with 365 stained glass windows for each day of the year, 52 chimneys for each week of the year, seven pillars in the cathedral-ceilinged lobby for each day of the week, and four towers for each season. We moved into the Dunraven Stateroom three hours after Bill Clinton had checked out. This is the manor’s grandest suite with a dozen gothic, leaded windows overlooking manicured grounds and parkland, which totals 840 acres. The sitting and dining areas are appointed with important antique furniture, the luxurious bedroom is anchored by a handsome carved fireplace, and the dressing room features a free-standing bathtub that affords a bird’s-eye view of the formal gardens and rushing river.

The magnificent mansion, with its turreted entrance, contains many curious eccentricities, including the Minstrel’s Gallery, a 132-foot-long room lined with 17th-century Flemish choir stalls, inspired by the Hall of Mirrors at Versailles. The intricate decoration found in the manor’s arches, gargoyles, chimneys, and bay windows are miracles of stonework and showcase elaborate bas-reliefs of fruit-hoarding monkeys and squirrels, heraldic arms, crowned heads, and a carriage-bearing elephant carved from red limestone.

Princess Charlene and Prince Albert of Monaco, Hugh Grant, and Kyle MacLachlan have also stayed in one of Adare Manor’s 62 guest rooms. A hearty breakfast is served here, and a formal afternoon tea is available in the palatial drawing room. Chef Mark Donohue heads up the Oakroom Restaurant, with a colonnade section lit only by candlelight. He serves delicious contemporary Irish cuisine, featuring local produce and an extensive wine list of more than 300 bottles. Mr. Clinton stayed on his vegan diet by ordering salads and vegetarian dishes. New additions include a gym and a spa with a heated indoor pool built on the river’s edge. The resort also offers fishing, horseback riding, archery, clay-pigeon shooting, and falconry, all that re-creates the lifestyle of the country squire who built the manor and provided work for villagers during the potato famine that devastated Ireland during the mid-19th century. Though Lord Dunraven’s loving wife Lady Caroline Wyndham went to great lengths to establish the myth that the manor and its fairy tale setting were solely designed by her husband, it is now thought that much was designed by the architect James Pain. Sadly, Lord Dunraven didn’t live to see his dream manor completed. The estate remained in the Dunraven family until the 1980s, when it was sold to Thomas F. Kane, an Irish-American businessman, who bought it in 1987 sight unseen, for $2.5 million.

Adare Manor is located in the picturesque, thatched-roof village of Adare, County Limerick. Nearby are some of Ireland’s most intriguing sights, including Desmond Castle, built in the 16th century; Blarney Castle; the Cliffs of Moher; the Ring of Kerry; Killarney Lakes; and the Dingle Peninsula. The city of Limerick is a 15-minute drive from the estate. 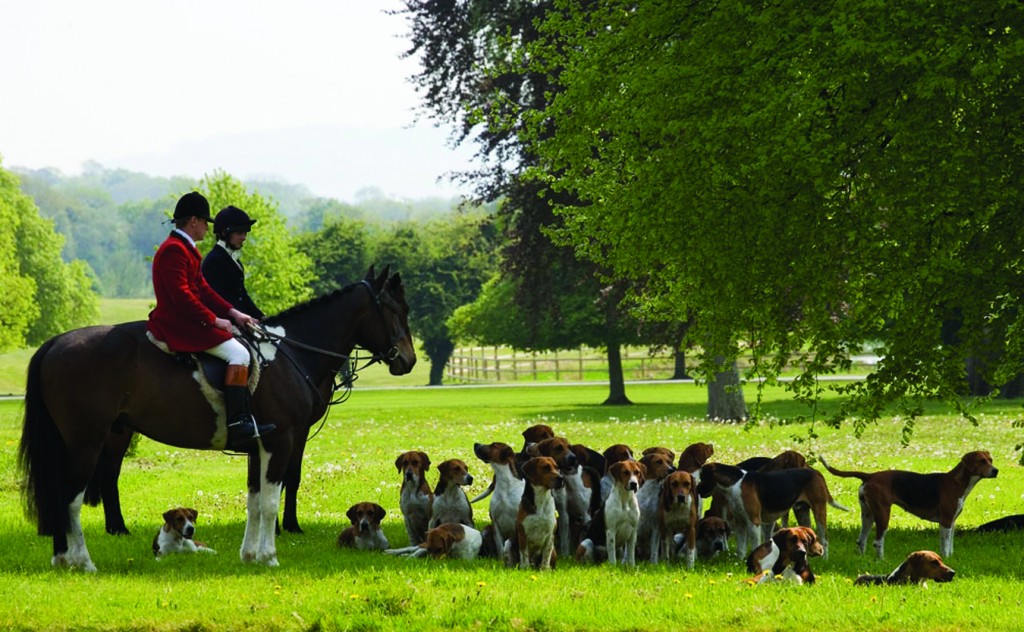