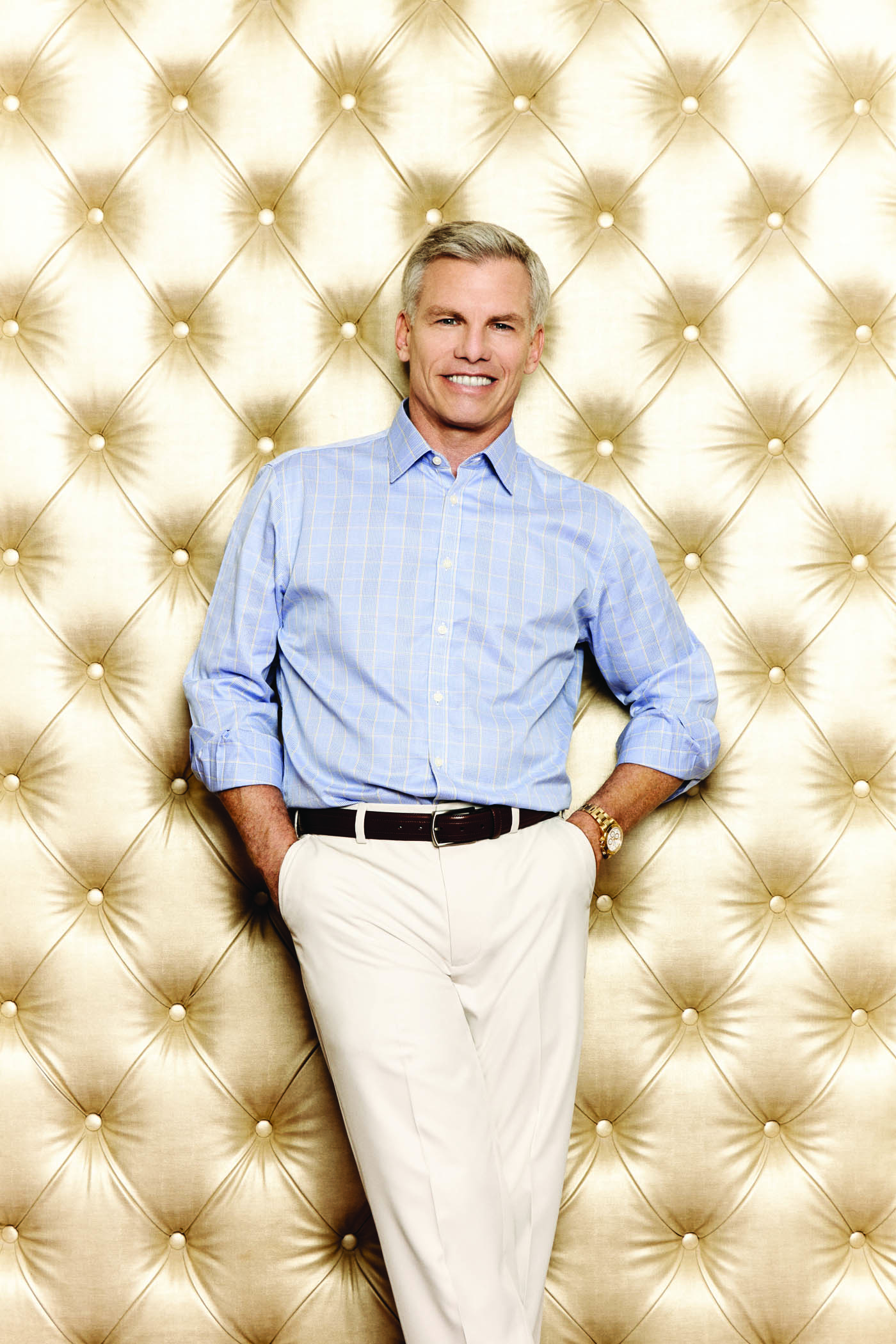 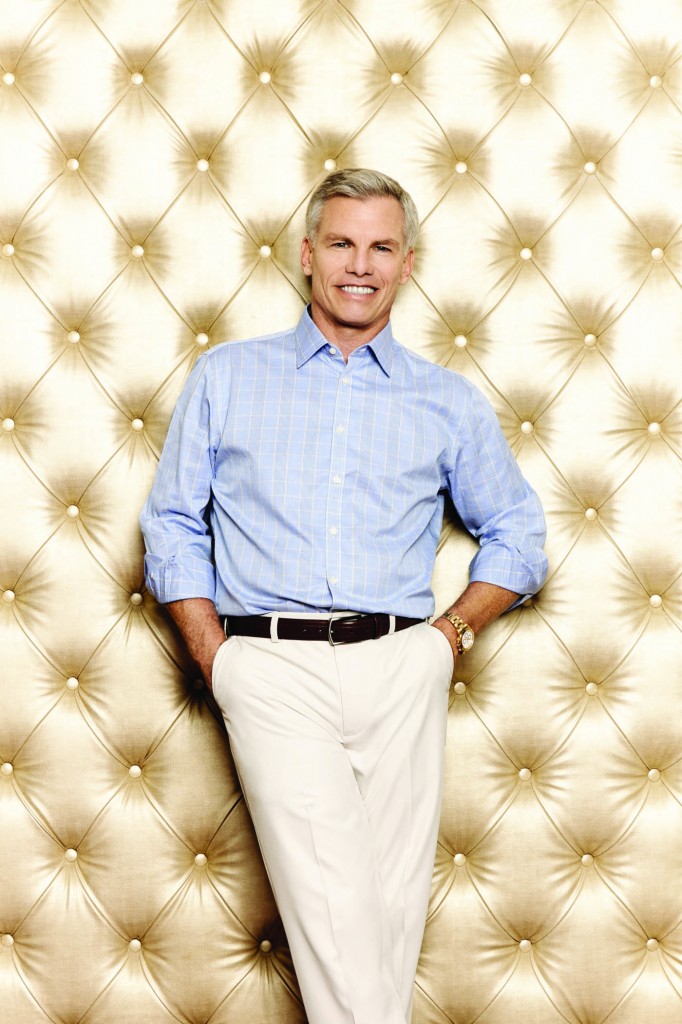 The year was 1966. James Metzger was 7 years old. He wanted to play football, but like many young aspiring gridders, Metzger’s parents were worried about the seemingly violent game. By the end of his tryout at Caledonia Park in Dix Hills, N.Y., however, not only did Metzger answer any questions about his skillset, but he also solidified a lifetime worth of success.

In a throng of what seemed like 100 boys lined up at the park, Metzger was the first to finish the 100-yard dash, a sprint the length of a football field.

As Metzer sat at The Whitmore Group’s conference table in Garden City, he used his photographic memory to describe a moment seared into his mind: “Coach John Daly said to me ‘You’re going to be our running back.’ That was the first day of the rest of my life. From that day on, my life changed. I was the fastest kid in the neighborhood, the fastest guy in the league. I became this guy who all the other boys said was great.”

It’s no psychological mystery that what people experience as a child often has a profound impact on the rest of their lives. For Metzger, the chairman and CEO of The Whitmore Group, his natural
athleticism manifested into many riches, not just in the form of touchdowns and lacrosse goals, but also in business and philanthropy.

However, it turns out, sports, while transfixed in Metzger’s psyche by way of his ultra-competitive nature, were dormant in his life for more than two decades. Only through the success of his nephew Rob Pannell, one of the top lacrosse players in the world, has Metzger regained his love of athletics. Pannell, an All-American on the lacrosse field at Cornell, won the Tewaaraton Trophy as the top collegiate lacrosse player and is now a member of the Long Island Lizards of Major League Lacrosse.

While accepting induction into the Suffolk County Sports Hall of Fame earlier this year, Metzger, who has residences in Manhattan, Point Lookout, and Southampton, paid more tribute to his nephew than to his own personal accomplishments. “He’s very thankful to me for bringing him back into the sport of lacrosse,” said Pannell. “His career was very interesting and he was away from the sport for a while. It’s allowed him to become reconnected with old teammates, old coaches, and has changed his life for the better.”

This is a man who only knows how to win; from that unsure day racing at Caledonia Park, to scoring 20 touchdowns in just six games during his freshman year at West Hollow Middle School, to becoming a lacrosse All-American at Half Hollow Hills High School and Hofstra University.

Metzer’s athletic career has been well documented, but it’s worth noting that in his hall of fame portfolio is a Ray Enners Award, presented to the top Suffolk County boys lacrosse player each year, and he led just about every team he played for in scoring in high school, prep school at Naval Academy, and in college.

“There was never a better player in tough situations,” says Bill Russo, Metzger’s football coach in middle school. “If you needed a first down or a score Jimmy wanted to be the guy and he always delivered.”

“Jim was the most talented player I had in 11 seasons at Hills, a great offensive player,” adds Lou DiBlasi, who coached Metzger in lacrosse. “I coached a number of High School All-Americans and Jim was the best of the best. He had a great attitude and did anything I asked of him.”

His teammates, who were some of the best players in the world, also gush about his raw ability. Vinnie Sombrotto, a four-time U.S. National Team player and National Lacrosse Hall of Famer, who played with Metzger at Hofstra says, “Jim had as much skill as anyone I ever played with. He could have been successful at any level if he stayed with the game. He had great vision, great stick skills, and he could play with either hand.”

If that’s not enough, Dave Howard, a former executive vice president of the New York Mets and president of Madison Square Garden, who is keen on spotting athletic talent, suggests Metzger is the greatest natural athlete he ever played with. Howard played baseball and football at Dartmouth and Hills. “His combination of speed, strength and elusiveness were just remarkable,” says Howard.

Even with the talent of a thoroughbred, Metzger left the game of lacrosse with two years of eligibility left to focus on academics and eventually jump headfirst into the insurance industry. He traded his lacrosse stick and Flying Dutchmen uniform for a pinstriped suit and briefcase. His natural predisposition for competition and success, and goal-oriented mentality, translated immediately to business where he became a prolific salesman of insurance.

“It’s frightening to think if I didn’t have that natural athleticism, my life would have been very different,” he says. “A person’s confidence and frame of mind is so connected to his performance. I didn’t realize in my twenties and thirties how much athletics impacted my business career. I knew I had a gift, a special skillset for sales. It was inviting and fun to try and rediscover myself. I was really playing sports all over again.”

After attending Hofstra, Metzger worked with Richard Ferrucci and Frank DeMartino, highly successful and regarded insurance executives on Long Island, where he learned the ingredients of what would help him found The Whitmore Group in 1989.

Ranked as one of the top 10 insurance brokerage firms on Long Island by Long Island Business News this year, The Whitmore Group is the size of an ocean liner, but moves with the efficiency of a speed boat, Metzger says. There are 81 total employees. As the sole stockholder of the private company, he can make quick decisions and rely on a talented group of senior division heads to run their respective groups.

Metzger started The Whitmore Group originally with a niche for insurance in the funeral industry, a sector of business which Metzger credits dearly as he describes his humble beginnings in the business world. Now Whitmore is a boutique agency, a niche-oriented company providing the gamut of insurance products and services to the public. It provides insurance for real estate, financial services, and transportation, to commercial, personal, health, liability, and life insurances.

If you look at Metzger’s lacrosse statistics, you’ll notice he accumulated far more assists than goals. That is no coincidence. He has always been a team-oriented individual. He built his company with a team of strong players, just as he succeeded in team sports thanks to brilliant coaches and talented peers.

“The whole is greater than the sum of the parts,” says Metzger. “It’s about working together to maximize your talent and ability. In business, people have different skillsets as well. Some insurance brokers are great salesmen, others are primarily technicians, some are comfortable sitting at a desk, and others like to be out in the field. In team sports and in business it’s important to build a positive, hopeful environment, where employees have incentive, real incentive, to share in the benefit of success.”

Whitmore’s corporate roster is loaded with former athletes who think and act like Metzger, who admits he’s more adept at hiring folks who have a competitive pedigree as a former student-athlete.

Because of his success in business, which he derives from his passion for competition and sports, Metzger has been fortunate enough to give back to the community. He’s sharing the success of his company with the very institutions who helped make him who he is today.

He recently donated a record $1.5 million to the athletic program at Hofstra University. He also set up endowments at Half Hollow Hills. He’s a massive support of Big Brothers Big Sisters, the Hempstead Police Athletic League, and the New York City YMCA, among others.

“Jim continues to be an inspiration to all of us at Hofstra,” says Hofstra University’s vice president and director of athletics Jeffrey A. Hathaway. “There are not enough ways for us to express our appreciation to Jim for his continued support of our wonderful university and the athletic program.”

Countless individuals, employees, business partners, and teammates have benefited from Metzger’s vision and leadership. That 7-year-old boy at Caledonia Park led the way then and now.

A special thanks to Vicki Colacicco, and our beautiful locations, 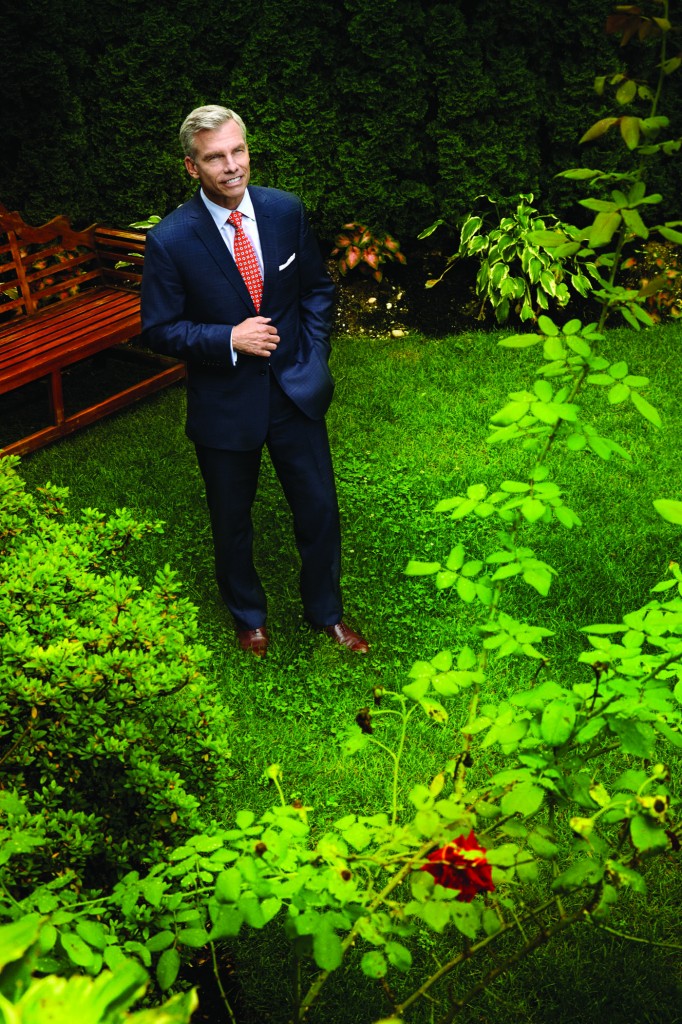 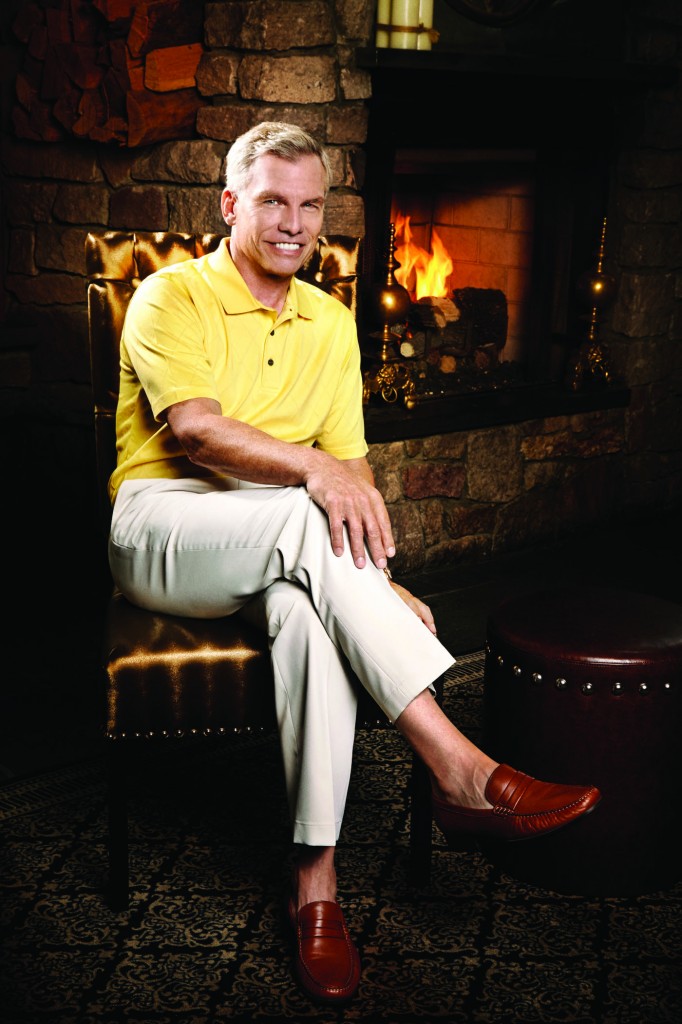 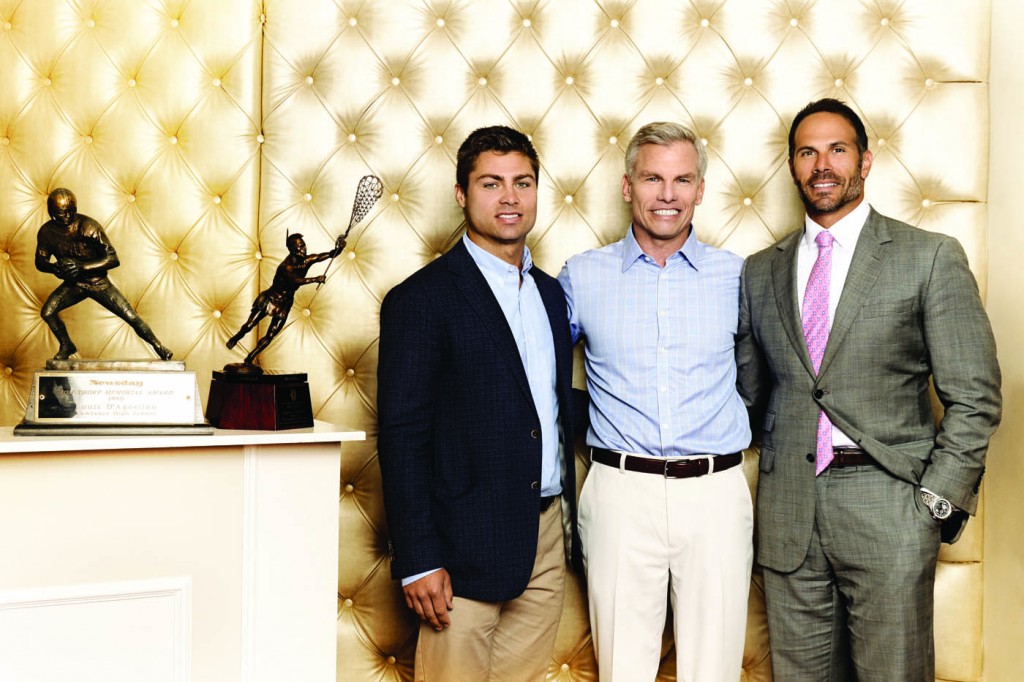 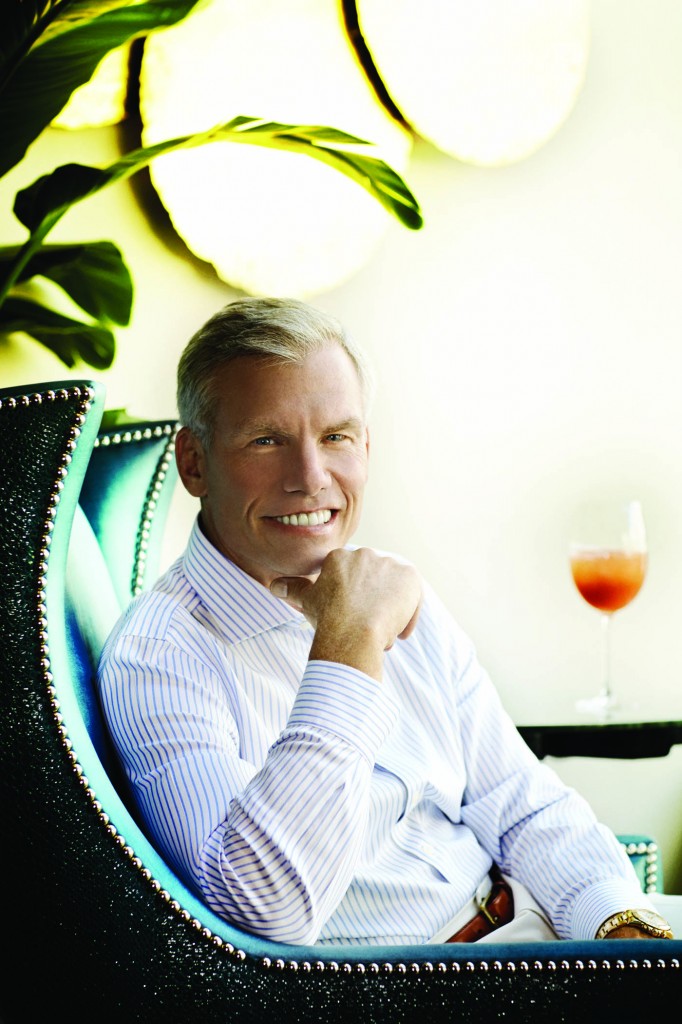 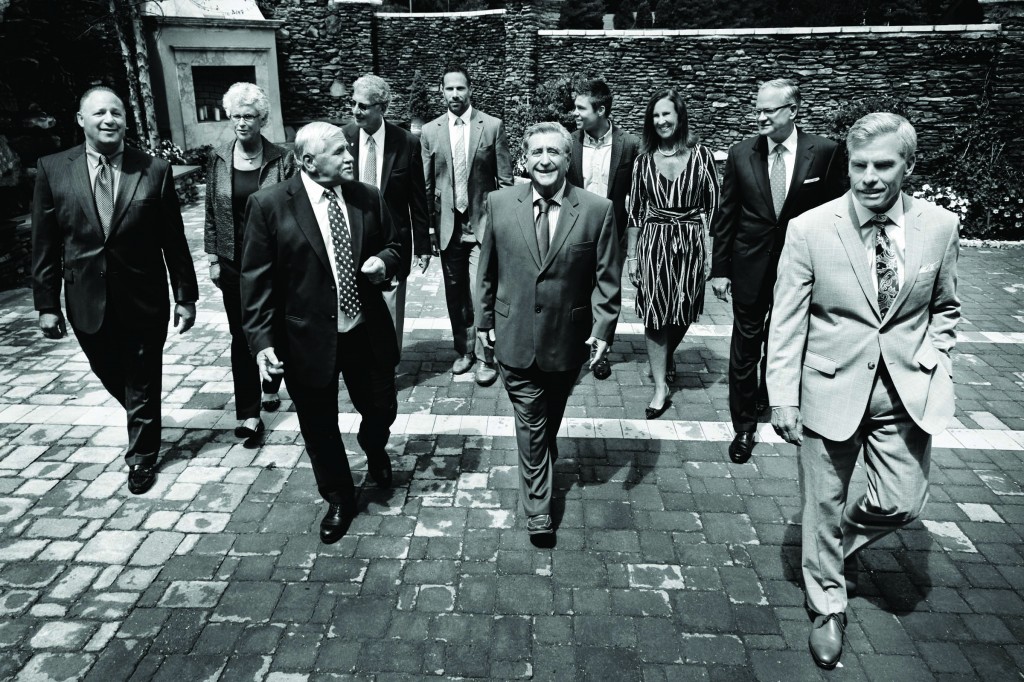