There are few places in North America where, suddenly upon arriving, you would swear that you are smack in the middle of one of Europe’s most picturesque cities.

But Quebec City is about as close as you’ll get to the Old World without ever crossing the pond.

Known for its ramparted walls, 17th century structures and the iconic Chateau Frontenac that rises above it all, this charming destination may seem like it’s frozen in time. However, when you take a closer look you realize that time has been good to this fairytale town wedged between northern Vermont and western Maine (whatever your route, the scenery won’t disappoint – especially in late summer or early autumn).

Where to stay: There is certainly no shortage of superb accommodations in Quebec, and many will instantly be enticed by the city’s castle-like focal 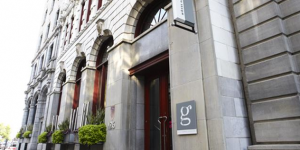 point, Le Chateau Frontenac, a jewel in the Fairmont crown. It’s a great choice for those who simply can’t resist grand hotels and all the trappings they provide. For a more lintimate experience, check out Hotel Le GermainDominion (www.germaindominion.com).

Located at the foot of the Old City, the hotel is the modern reinterpretation of the former Dominion Fish & Fruit Limited, a period brick behemoth erected in 1912. Surrounded by the city’s best restaurants and shopping (including a charming collection of antique shops), Le GermainDominion blends into its environment in such a way that you truly feel like you’re hiding out. Once you step inside, you may want to. With a self-described “passion for pampering,” the staff here is unrivaled while the amenities are beyond compare.

First, referring to Le Germain-Dominion as boutique is a bit misleading: the rooms are enormous … including the bathrooms. Molton Brown will caress your skin and hair while Nespresso will warm your soul. Just try getting out of the beds that are set with Moka Collection 100% Egyptian cotton linens. Don’t bother venturing out for breakfast – the spread here is about as good as it gets.

Where to relax: You will need to venture a bit beyond the Old City for the ultimaet spa experience, but you’ll be glad you did when you enter Le Spa Infinima (www.infinima.ca/) in nearby St. Foy. It easily ranks as one of the best spas north of New York. Plan to spend a few hours, and start off with Infinima Hannan, a truly unique experience that emulates Nordic baths and the many ways that one’s body can luxuriate in H2O. Follow up with Spa Infinima’s massotherapy, their take on massage. It’ll be just right.

Using ultra high end products, including Babor, the skin treatments are exceptional. Be sure to try the Beaute Infinima facial for an ultimate dream state. Then, ask for Christian and sit back for a mani/pedi – you’ll know why afterwards.

Where to eat: One of the best things about Quebec City is that, similar to its overall aesthetic, it’s decidedly Euro in its gastronomical options. Yep, heavy. More recently, though, the Quebecois are venturing into small plate, experimental fare. Never mind that – you’re in Canada. Aux Anciens Canadien (www.auxancienscanadiens.qc.ca) has supposedly been serving food since 1966 in a house that been around since the 1670s. From Caribou to Quebec Meat Pie to Bison Stew, there’s an obvious emphasis on meat (the growing season is apparently quite short in Quebec). Eh – who cares?

When in Quebec, right?

Try “Grandpa’s Treat” to up your iron intake.