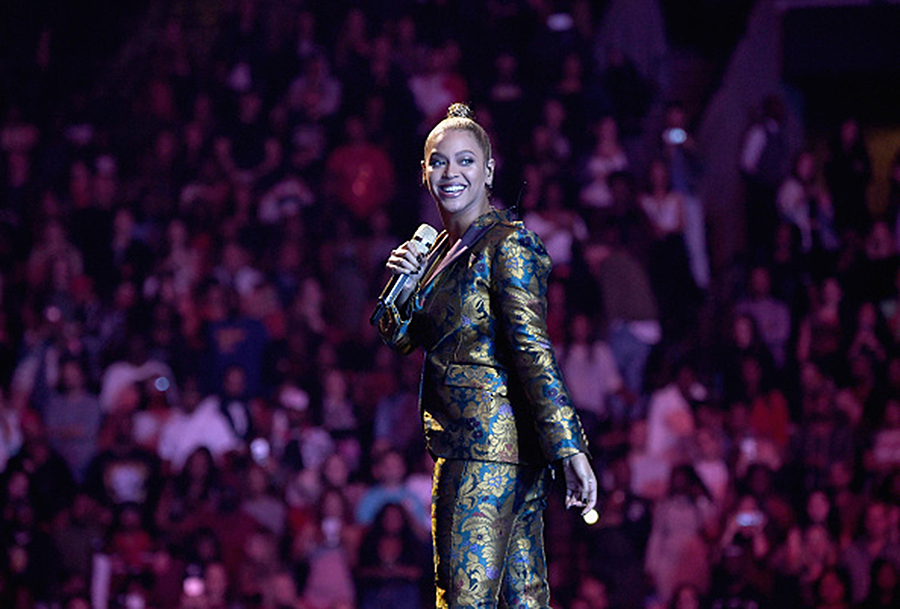 The Tidal X Benefit Concert, a once-in-a-lifetime benefit concert, was held at the Barclays Center on Saturday October 15th,, 2016 in Brooklyn to support Robin Hood and other worthy not-for-profit organizations and schools.

Among the key Robin Hood donors hosting a large group and making a significant donation in securing tickets for the evening was The Chauncey F. Lufkin III Foundation. Attending on behalf of the Foundation were Foundation Director, Cara Familet and Chief Financial Officer, Michael Chen.

Tidal, the music streaming service owned by Beyonce, Jay Z and other artists secured sponsors to cover the cost of the event so that 100 percent of the evening’s proceeds would be put to good use. The performers at the Tidal X 1015 event generously elected to donate half of the proceeds from ticket sales and merchandise to Robin Hood whilst the other half will be split among other worthy not-for-profit organizations and schools.

Chauncey Lufkin, Founder of the Chauncey F. Lufkin III Foundation commented on the event, “The Tidal X Benefit Concert was a perfect opportunity to once again connect our resources with Robin Hood in their efforts to improve education in New York City schools.  We are continuously impressed with the organization’s ability to provide diverse avenues for donor participation.  Each event is meaningful, purposeful and productive.   We are consistently impressed with Robin Hood’s metrics-proven results and can confidently rely on the fact that our donations go directly to the fight to end poverty in New York City.”

Robin Hood is New York’s largest poverty fighting organization poverty-fighting organization, and since 1988 has focused on finding, funding and creating programs and schools that generate meaningful results for families in New York’s poorest neighborhoods.  Since its founding, Robin Hood has raised more than $2.5 billion in dollars, goods and services to provide hundreds of the most effective soup kitchens, homeless shelters, schools, job-training programs and other vital resources that give New York’s neediest citizens the tools they need to build better lives.

The Chauncey F. Lufkin III Foundation is a charitable organization founded in 2006 dedicated to improving the quality of life for individuals around the world.  The foundation’s focus is on fighting poverty through better education and by finding faster cures for the diseases that affect loved ones. To date the Foundation has lent their support to numerous organizations including The Robin Hood Foundation, The Milken Institute, The Boys and Girls Club of Palm Beach County, Quantum House of Palm Beach County, St. Jude Children’s Research Hospital, The Aspen Institute, and BizWorld.   Mr. Lufkin has also established The Chauncey Lufkin Endowment for Academic Excellence at Southern Methodist University and is a major contributor to St. Lawrence University.