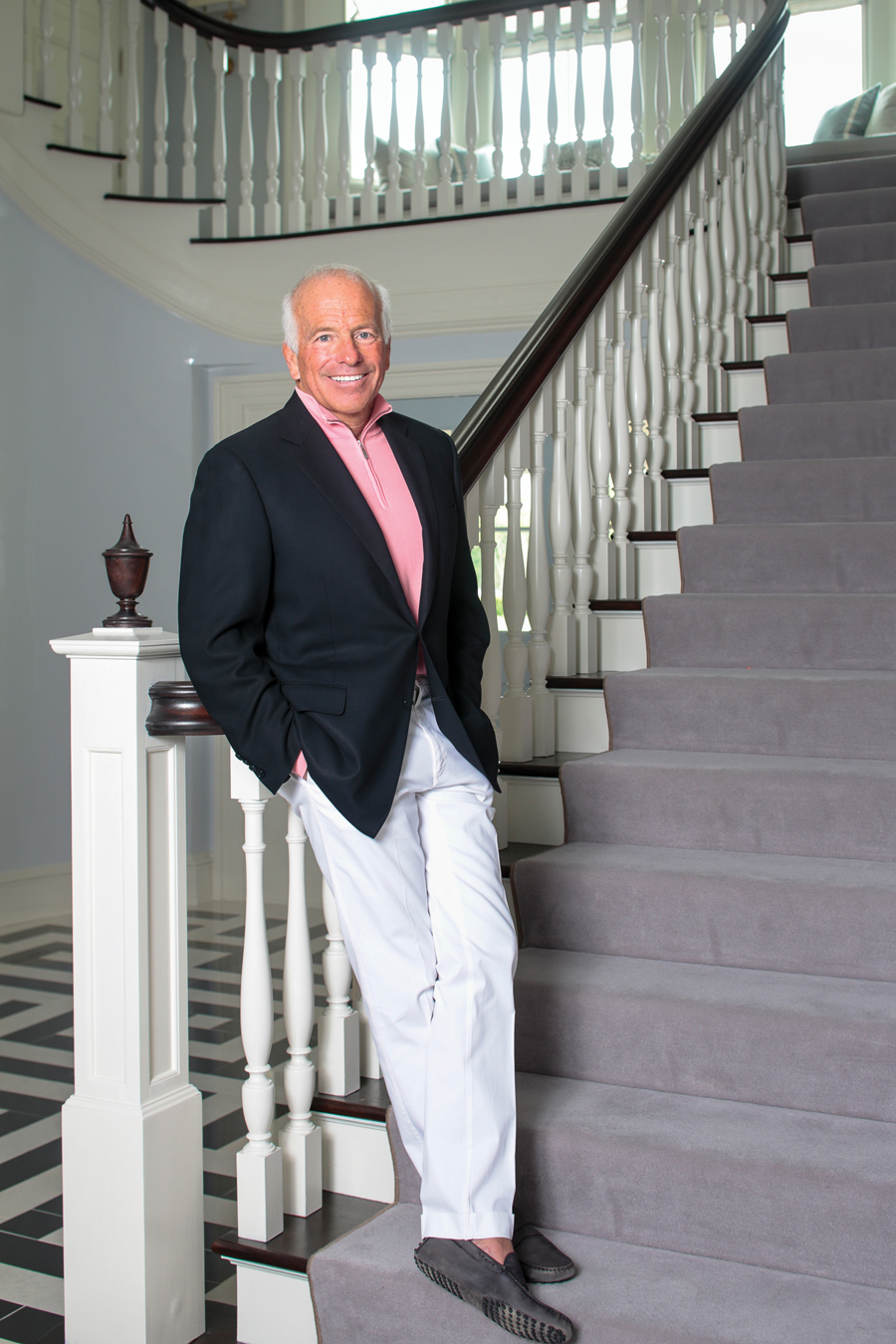 Gary DePersia’s name is synonymous with the best in Hamptons real estate. From Southampton to Montauk and from Sagaponack to Shelter Island, he is known as the “go-to” man when looking to buy or rent a home in the Hamptons.

He has participated in more than $2.5 billion in real estate transactions since his start in the business in 1995, having sold hundreds of his exclusive listings as well as finding an equal number of houses for his buyers and renters. Meanwhile he continues to add benchmark sales to his resume.

Consistently ranked among the top producers in the Hamptons and a year-on-year member of The Corcoran Group President’s Council, he was also ranked as the nation’s fourth highest broker by sales volume with over $202 million worth of transactions in 2008 when the Wall Street Journal and REAL Trends listed him among the top 250 real estate professionals for the previous year. Just last month WSJ released its latest list in which he was 26th nationwide and third in the Hamptons for deals completed in 2016.

Chances are you’ve seen his face on the pages of magazines like Social Life, and below is the Q & A we had with Gary about the world of real estate in the Hamptons.

You’re a familiar face in the Hamptons, especially on the real estate circuit. What got you to where you are today?

Twenty-one years. After this long in the business, if you’re not there, you’re never going to get there. After many years in the textile business in New York, I got to the Hamptons in 1995 and was fortunate to land at the absolutely right agency for me to launch my second career, Allan M, Schneider Associates. I had some great role models — real estate heavyweights — who exposed me to the best of the best. I saw the best houses, the best rentals, the best buyers, the best advertising. Some of the partners were generous with their referrals, helping me get my business off the ground. Then I started putting money back into advertising and those with houses to sell saw that I was spending considerable dollars on my listings, which translated into more listings. When Corcoran purchased Schneider in 2006, the synergy between the two agencies propelled my career even further.

You’ve been in the business for a long time. Are there consistent themes that you have seen throughout the decades?

The key to being a successful broker — for 90 percent of the successful brokers— is to have listings. As brokers we don’t own the houses we show, and we don’t own the money of the buyers who buy. But as listing brokers, for a certain amount of time, we have inventory of houses that not only are we trying to sell but that other brokers in the Hamptons have the opportunity to sell as well. So those brokers who have developed an assemblage of listings over the years and keep getting them will be prone to success.

Do you cover the entire Hamptons?

Yes, and that has been one of the cornerstones of my success. Being based in East Hampton, I learned early on that there were many people who didn’t want to go that far east, so instead of continually referring buyers and renters to other agents further west, as was then the custom, I became knowledgeable on the inventory in the other towns and established a business that stretched from Southampton to Montauk and from Sagaponack to Shelter Island.

What is your secret to success?

All good brokers are pretty much committed to the same thing — we all work hard, every day. I just came back from Ibiza, this year’s reward destination for Corcoran’s top producers from New York City, Brooklyn, South Florida, and the Hamptons. One of the things you see is that even when brokers are on vacation, they are always working. They are always on the phone; they are always emailing, texting, dealing with issues and situations. And I think that any successful broker, particularly in the Hamptons, knows that it’s a 7-days a week business. I mean you have to turn it off occasionally, but you are always available. Brokers who aren’t are probably not as successful as they could be.

When you have a client who doesn’t know the Hamptons well, how do you help them find the right house?

There are two types of buyers out here. One is the buyer who has either lived or rented here before; they’ve guested out here on numerous occasions; they’ve been coming out here for years, and they know exactly where they want to be. For them it’s generally about finding an appropriate house in a familiar location.

Then you have the other buyer who is not that that familiar with the Hamptons. Here there needs to be a two-fold strategy. Not only do they need to find a house that they like, but they also need to find a town, a village, a neighborhood, north or south of the highway, from Southampton to Montauk that works for them.

Also, for any given buyer, there are only a finite number of houses that can work for them. Buyers will consider price, location, amenities, feel, and size — there aren’t an infinite number of choices. My job as a broker is to expose them to different opportunities and sometimes show them something a little different from what they think they want. A dozen years ago, I had a buyer who only wanted to be in East Hampton, close to the ocean. An amazing house and property became available well north of the highway in Bridgehampton, with spectacular views all the way to the ocean. It was nowhere near where he wanted to be, but after visiting the property on my suggestion, he completed the largest transactions ever made off the water north of the highway and loves it to this day.

What about waterfront property?

Waterfront property is a finite commodity out here. Some people only want to be on the water and usually very specific water. There are those buyers who only want to be on the ocean, rolling out of bed onto the sand. While others, some with boats, want to be on one of the bays that stretch from North Sea to Montauk on the north side of the South Fork. They offer large water views, docks, and blazing sunsets. The good news for these buyers, whether ocean or bay, is that opportunities exist in many locations for them to realize their dreams.

Now is a great time to buy or rent in the Hamptons because there is great inventory out here in every town, in every location, both north and south of the highway. Whether it’s new construction or beautifully lived-in houses, anyone who wants a house in the Hamptons can find one now. There is great opportunity now. Spend a day with me and I will show you!