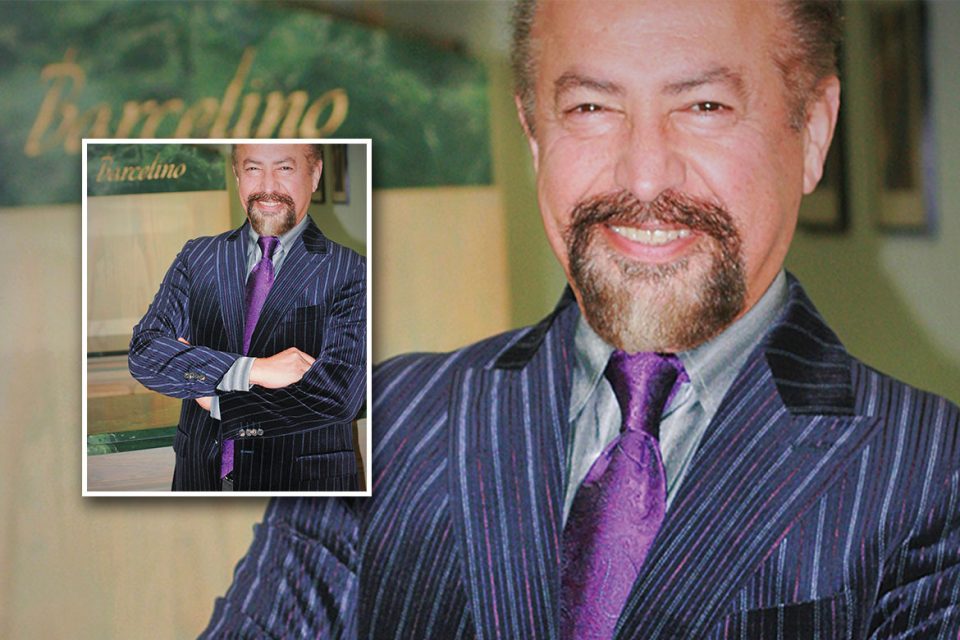 Barcelino Continental Corp’s garments are artworks of color, texture, and print on rich fabrics, embodied with high-quality craftsmanship and exceptional styling. The company’s founder and CEO, Sharam Sharei, is a leading entrepreneur who created a renowned fashion empire in San Francisco and the Bay Area. Barcelino, a European-driven fashion brand of 35 years, emphasizes connoisseur quality, from sportswear to business wear to cocktail dresses and formal wear for gentlemen. People from all over the world come to shop at his five distinctive Barcelino boutiques. Like a rare gem, the exclusive Barcelino designs cannot be found anywhere else because of their uniqueness, high quality, style, and value. “Seventy percent of what Barcelino sells is totally exclusive to Barcelino because they’re Barcelino original designs,” says Sharei.

A multi-talented, detail-oriented, and discerning businessman with a BA in economics from the University of California, Berkeley and an MBA from Golden Gate University, Sharei decided to incorporate his passion and artistic eye for European fashion design into his creation of Barcelino. Sharei initially expanded his knowledge of the fashion industry by taking fashion, marketing, and design classes at New York University and England’s Manchester School of Design. Sharei followed his intuition that he was destined to start his own fashion business. “I felt I had a choice to get into any business and I chose the exciting world of fashion where I would never be bored.” Indeed, his spot was marked by his insatiable passion for high-end European fashion, leading to the opening of his first Barcelino menswear boutique in the heart of San Francisco’s Union Square, in the mid-1980s. Barcelino has since grown to five San Francisco and Bay-area locations, including two world-class men’s stores as well as three uniquely designed women’s boutiques. In the spectacularly beautiful store in Sausalito, clients can watch sailboats from the third-floor salon filled with fabulously designed cocktail dresses and evening gowns.

“In business, timing is everything, and in the early ’80s the timing was right.” Sharei saw the socio-economic influence on fashion. “The ’80s, energized by stylish President Reagan, brought the return of the sophisticated approach to clothing, which reflected the 1930s era.” A shrewd businessman, Sharei saw the popular demand for quality men’s tailored clothing and forecasted the trend to carry over into the ’90s. Sharei recognized the difference between fad, fashion, and style. “Fad is here today and gone tomorrow. Fashion has more permanence, but still with a beginning and a definite end to the trend. But style is permanent, withstands time, and that is what Barcelino’s focus is on—style.”

Sharei reinforced the importance of self-packaging through fashion, a mode of self-expression from a marketing and presentation standpoint. “In this country, the first rule of marketing is packaging. Clothing is the packaging of a person, which establishes his or her ultimate image. Whether we realize it or not, we are marketing ourselves in one way or another. Regardless of silhouette, Barcelino’s sartorial clothing is engineered to be so much more comfortable. That is the message we try to convey: that you don’t have to be sloppy to be comfortable; that you can look sexy and professional at the same time. When you look good, you feel great. Our customer is a sophisticated, fashion-conscious person who prefers natural fibers and classic, international styling over trendy or extremely conservative looks. We offer an image that is refined and simple. Classic in tailoring design, and all in good taste. Our customers find it very easy and fun to shop with us.”

Barcelino designs are mostly manufactured in Italy and other parts of the Western world, including the United States and Canada. Sharei travels to Milan, Italy, each season to attend the famous Idea Biella Textile Exhibition, where the most important and highest-quality mills, such as Loro Piana and Zegna, show their seasonal offerings for the coming year. This is where it all starts for international designers and manufacturers. This important textile show proposes the color tendencies and textures for the year to come in the world of fashion. The most important designers in the world get their inspirations from this show.

The Director of Womenswear Mitra Martin, Sharei’s daughter, is his right-hand person at Barcelino. Mitra is especially talented in working with her father to finalize womenswear designs that are developed to be comfortable to wear, concentrating on the perfect fit to complement body lines, yet is elegantly rich and sexy to admiring eyes.

Barcelino is shopped by many repeat world travelers who have access to the finest designer stores in the world, but often choose Barcelino as their first stop when they come back to the San Francisco and Bay area because they know they will find pleasing exclusivity. Sharei recognized designer labels did not always measure up to his standards. Typically, those labels passed the two tests of style and quality but fell short in value. He found designer customers had to pay for the hidden costs of royalties, advertising, and promotion. That two-inch designer label was an unnecessary and costly premium passed on to consumers. Today, designer labels do not always mean exclusivity. In contrast, Barcelino clothing represents a wonderful value. And there will always be a market for quality, style, and value.

Barcelino is about pushing the envelope, searching the world to select, design, and produce the finest international apparel, going beyond the usual or normal limits by designing styles that are new and unique, in a way that it has never been done before. 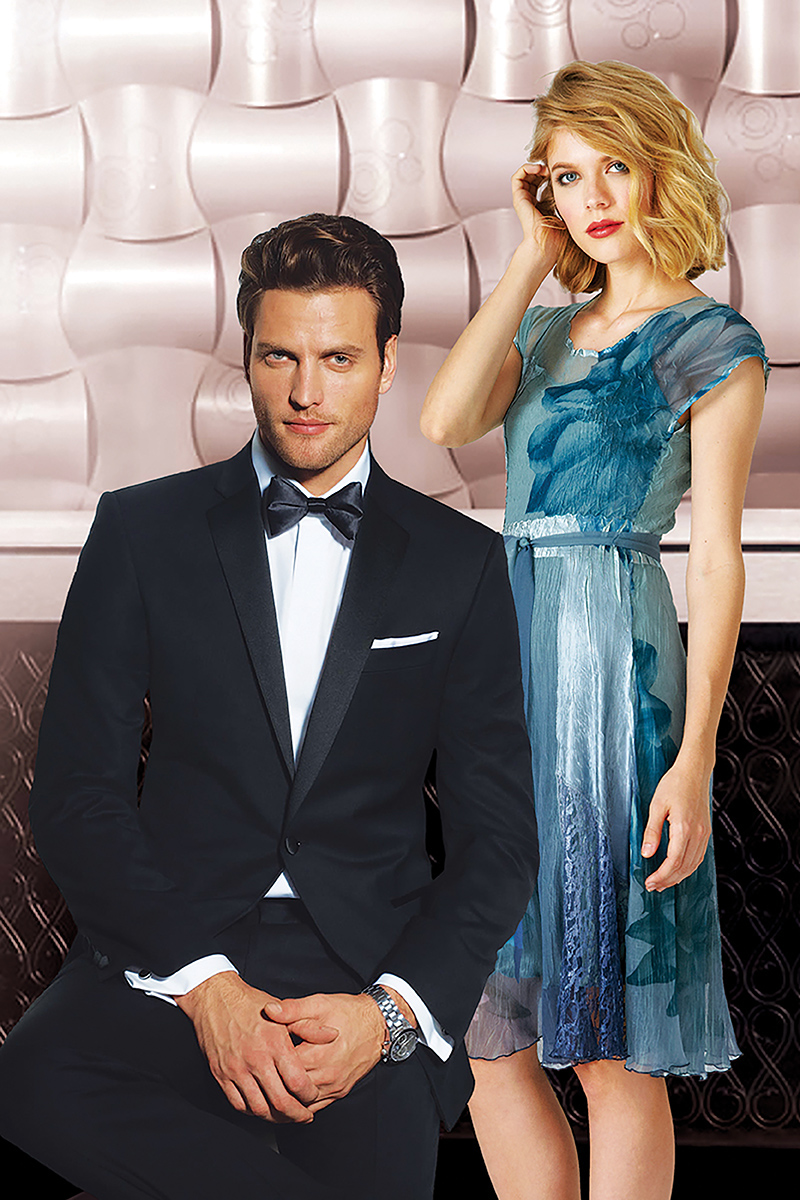 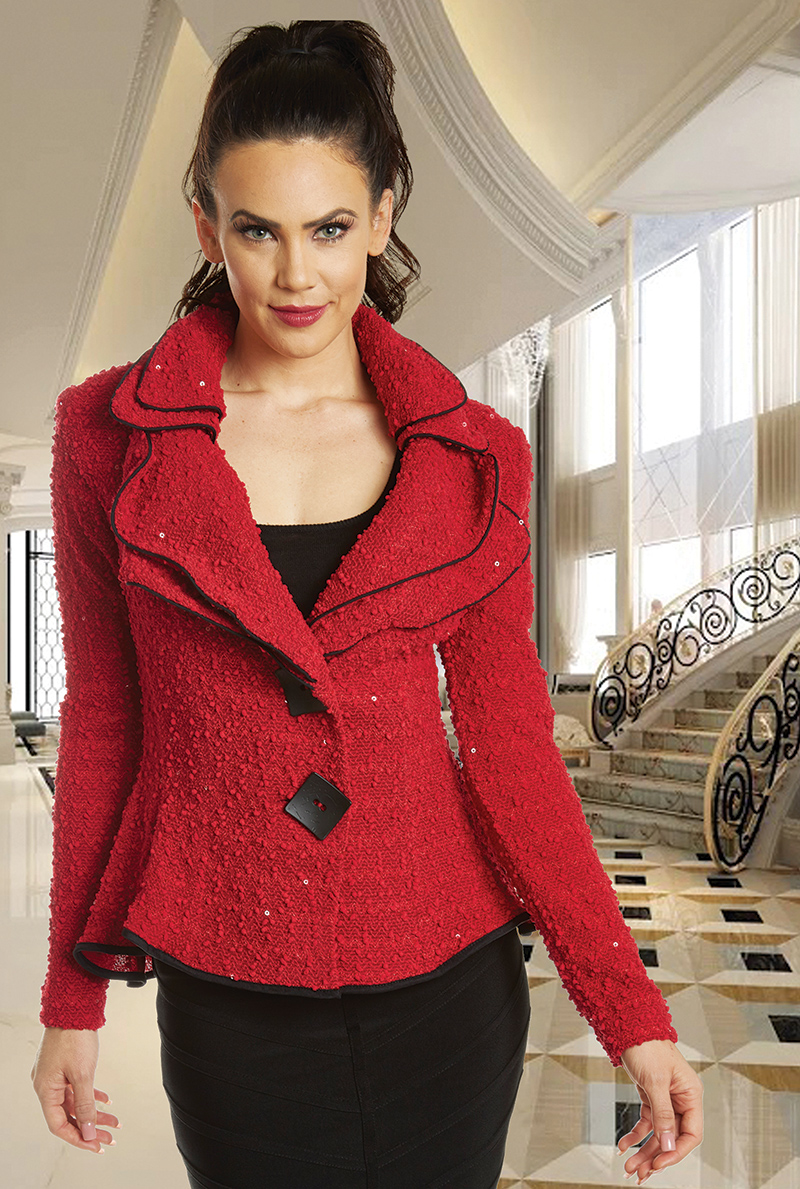