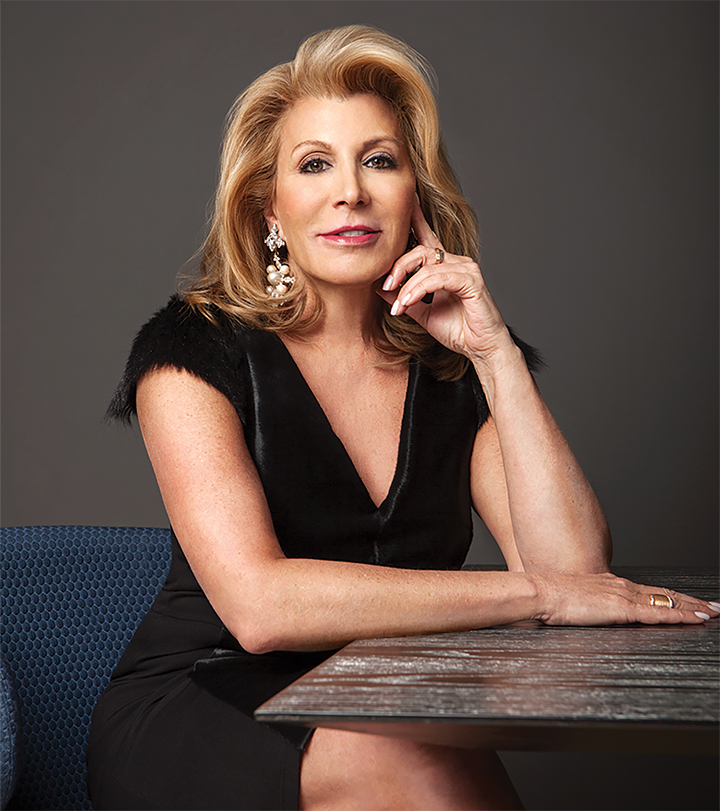 Dottie Herman is the CEO of Douglas Elliman and a radio host. Herman, who owns thirty percent of the company, purchased it in 2003 in partnership with Howard Lorber, and today Douglas Elliman has over $27 billion in annual sales and 7,000 real estate agents.

Herman is self-made, starting as a broker on Long Island and later building Prudential Real Estate into a powerhouse in the region. Once established in the Hamptons, Herman realized that all the competing firms were local. “We opened in Manhattan, and I was the first company with an agency that ran from Manhattan to Montauk,” Herman says.

On her popular longtime radio show, Eye on Real Estate, she and other experts give advice on real estate, including legal and mortgage topics. Podcasts are available from iTunes.

Herman is active in a number of charitable causes, including those supporting research in heart disease and breast cancer. She has long been affiliated with the Breast Cancer Research Fund, founded by the late Evelyn Lauder. She is also involved in Stony Brook Hospital’s pediatric oncology program.

This spring, she was one of the recipients of an Ellis Island Medal of Honor. Her fellow 2018 honorees were Prince Albert of Monaco and Rita Moreno. “It was very patriotic, and I was very proud to be an American,” Herman says.

Honored at the UN

Last year, Herman was honored at the UN, receiving the Pioneer Award for Business at the organization’s Women’s Entrepreneurship Day event. Instead of a trophy, needy African children participating in an art therapy program gave her a painting they’d made themselves. “They got a picture of me, and they painted themselves and me in the picture,” she says. “They were little kids, and they painted an award for me, and it was so touching that I will treasure it for the rest of my life.” This fall Dottie will be honored at Denise Rich’s Angel Ball.

Even as a top executive of a large company, Herman takes the time to mentor others. “At the end of the day, I think when you’re a leader, whether you’re male or female, people look up to you and respect you, and really my biggest passion is being able to give back and make a difference in people’s lives.”

She feels that everybody needs a little reassurance at times. “I get a lot of joy out of doing that, being there and helping people, and showing them that you can grow to wherever you want if you really want to do it.”

Herman also advocates for women over 50 in the workplace. “I really think that you can almost become invisible, and I work on awareness, on giving those women confidence. You have to really feel confidence in yourself and what you do and who you are.”

Herman is a longtime SoulCycle member. “My first spin was at Sag Harbor 20 years ago, when no one even heard of it.” And she loves the ocean. “There’s something about the ocean; it moves me; it’s got a personality of its own.”

Another passion is shoes, but Herman goes beyond the closetful of designer footwear. She collects actual shoes and miniature versions, and displays them as artwork. “My collection includes shoes from different eras, from the 1800s to the 1970s when the wedges were in,” she says. “Well, they’re back in again.”