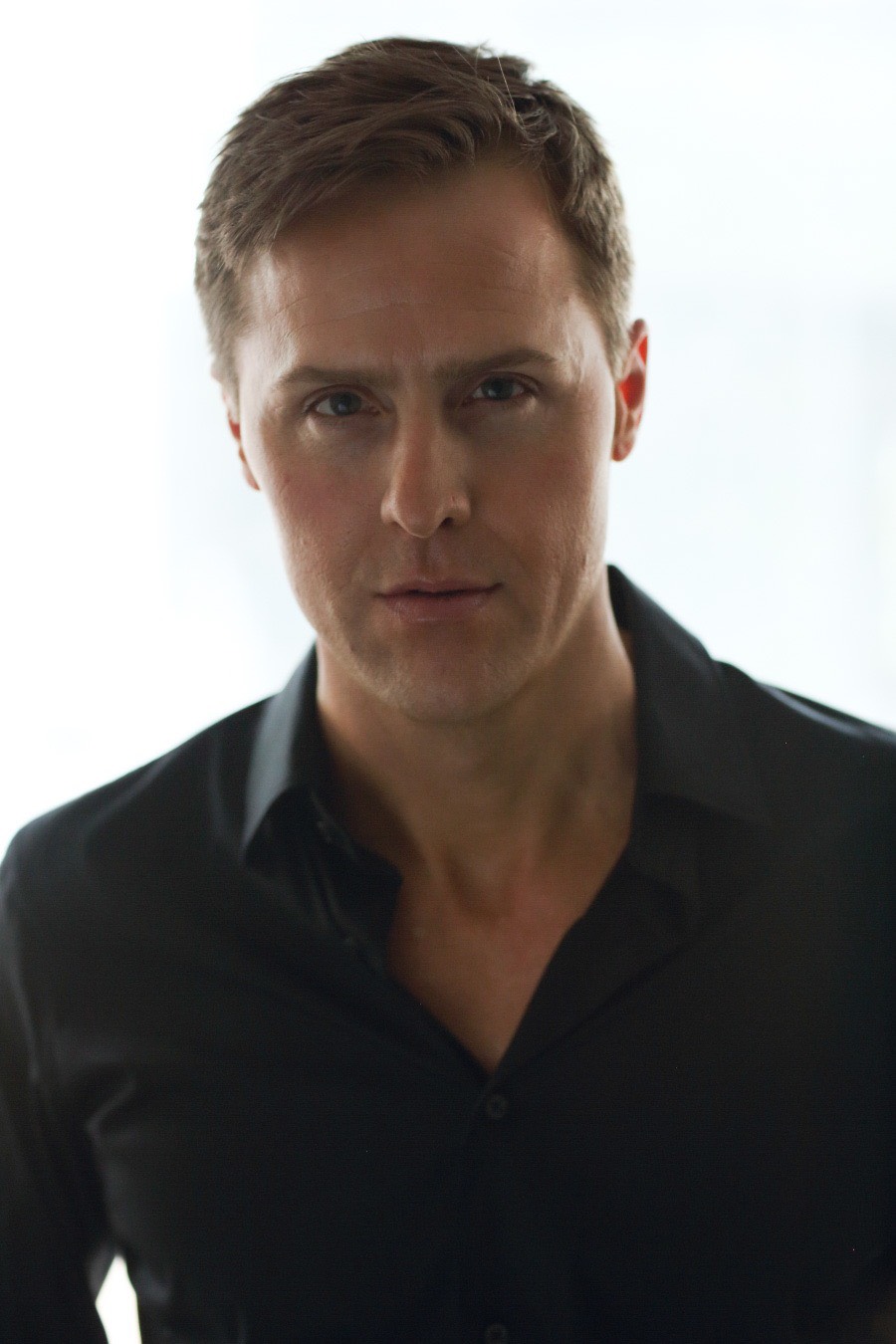 MADAME JENNY’S AT THE BITTENBENDER

Travis Guenther, who has worked on live events with Celine Dion, Pink and Gloria Estefan is a founding member of N.Y. based record label Jullian Records. Guenther is launching a new division focused on management, representation and producing musical artists called Take My Hand and their first acts are Vocally Aligned and the singing duo Monica and Nick.

Travis was hoping to get Vocally Aligned booked on the luxury cruise line. “I was trying to figure out how to elevate Vocally Aligned into the kind of audience that would appreciate this, and cruise lines and resorts are things I was targeting,” he says. Monica and Nick were hoping to bring their act to venues like 54 Below, and so they realized they could all benefit by working together. Monica and Nick brought a complete show to Travis, which, he says, he’d have been a fool not to say yes to, whereas Vocally Aligned was his vision. If you love the American Songbook, at a price everyone can afford, you can see both acts in NYC during June.

A four-member vocal group performing jazz and cabaret classics from the American Songbook, Vocally Aligned will perform at Madame Jenny’s at the Bittenbender in Scranton, PA before opening at Manhattan’s Algonquin Hotel, which is celebrating its 120th Anniversary this year at the end of June. The group will follow that up with their debut at 54 Below in NYC on June 18th. Travis says that the four vocalists’ voices are the selling point. “Pedro Coppeti’s got this deep voice, Ashley Ryan has a very light, airy voice, Nicholas 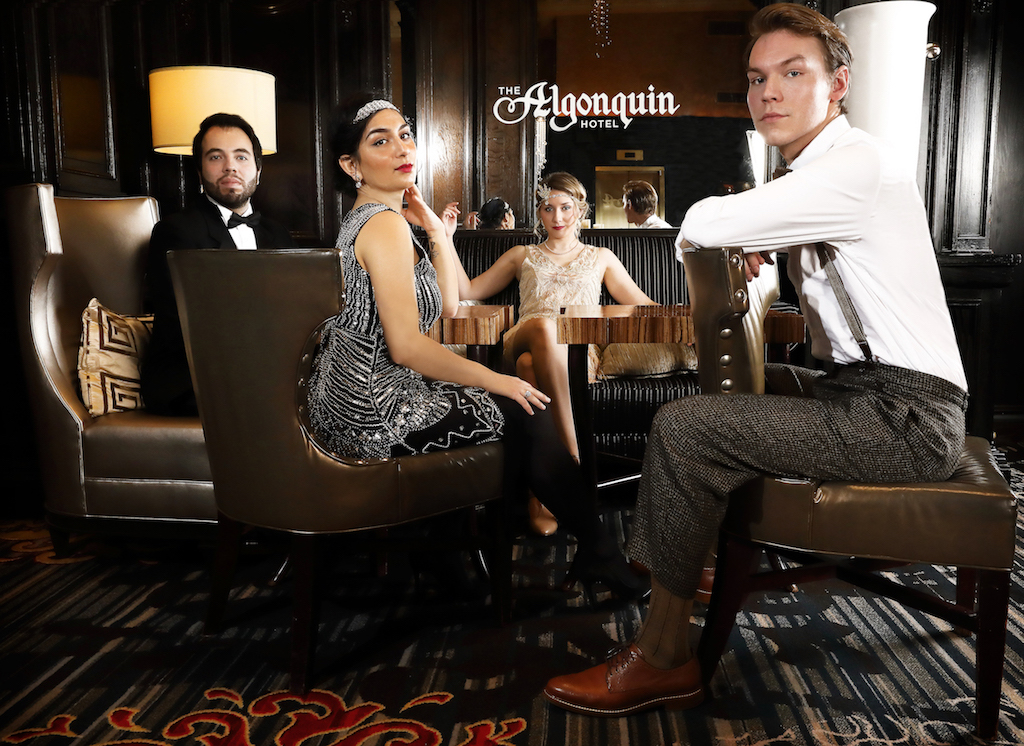 Leigh has more of a pop voice and Nazarria Workman compliments all of them. The four of them together are amazing.”

Travis was invited to dream up a Christmas show at the Algonquin Hotel in December. The shows were a hit, and the folks at the hotel asked if they’d like to do more. That’s when he came up with the idea for exploring the American songbook, a perfect fit for the hotel which has been the home to legends including Dorothy Parker’s famous Round Table. “I wanted to take Broadway to a more accessible level than a Broadway show where the tickets are priced so high that nobody can go to see it.” 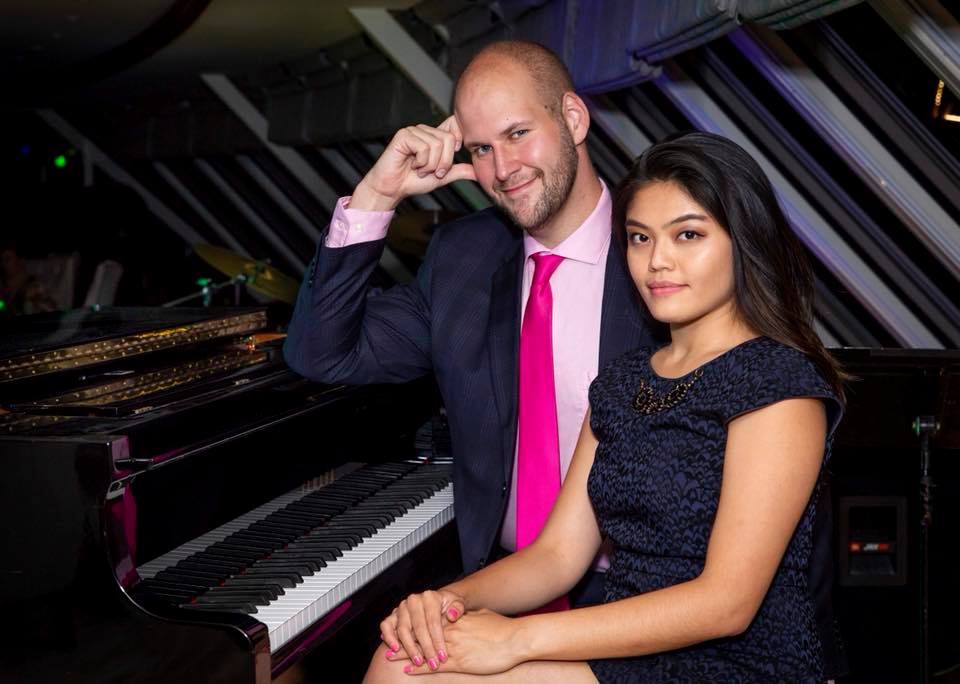 Monica Lu and Nicholas Simpson, classical musicians and singers, met when both were working on a cruise ship, and loved working together so much that they developed their own show, and have continued to collaborate after returning to shore. For their act, Nick, a tenor who has mostly worked in opera, sings, and Monica plays piano. They work across genres, mixing Broadway, the American songbook, opera, and classical songs. “I always find the musical conversations I have with Monica to be interesting, entertaining, and incredibly rewarding,” says Nick. “Nicholas and I have this chemistry we put out there, we always seem to interact with the audience, and with each other,” Monica adds. Travis is helping the duo to bridge the gap between land and sea. “He (Travis) is helping us find places where this that sort of musical entertainment is embraced,” says Nick. jullianrecords.com