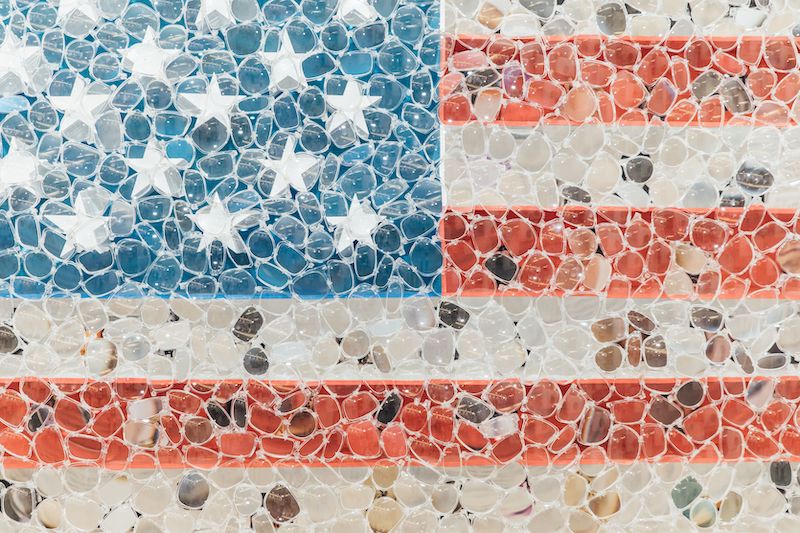 Datuna Art Space held its grand opening Thursday, June 20th from 6 pm to 10 pm. Founded by acclaimed artist David Datuna and housed in a repurposed taxi cab garage, it is one of the largest privately-owned art centers in Long Island City.

Datuna Art Space was built to be part of the cultural fabric of Long Island City, welcoming walk-ins and presenting a program of community-focused events. The center is scheduled to present up to six shows per year. Datuna’s goal was to create a space that pushes the boundaries of conceptual art by providing a home for nontraditional endeavors. In our current social and political landscape, the aim is to showcase the common denominator, our shared humanity, through art. Datuna hopes to promote understanding of diverse global perspectives in artwork that would not be shown in most galleries.

The opening exhibition includes both new and historic pieces from Datuna, including the interactive installation ‘Cloning Eternity’ recently installed in Washington Square Park (pictured below), a piece from his Smithsonian-recognized ‘Portrait of America’ flag series, as well as a selection of his signature portraits. The exhibition will remain on display until July 20, 2019.

David Datuna said, “Long Island City has a long history of creating alternative spaces that foster non-traditional creativity. I’m humbled to be in the same neighborhood that was once the home of spaces like 5 Pointz, and I’m looking to continuing a tradition of producing and showcasing art that delivers powerful messages about the human experience.”

David Datuna is focused on the convergence of art and social consciousness and known for work that advances individual freedom. His signature technique is a network of positive and negative optical lenses suspended over a large-scale layered, collaged and painted image, and he has exhibited at Art Basel Miami Beach, Lincoln Center, New York, Smithsonian’s National Portrait Gallery.

In 2013 he was the first artist in the world to utilize wearable technology in a contemporary work of art on a monumental scale with ‘Portrait of America,’ which debuted during Art Basel Miami Beach 2013 at The New World Symphony, before going to the Lincoln Center, New York. In 2014, the Smithsonian’s National Portrait Gallery featured the work, where record-breaking 27,000 visitors waited to see the work. Smithsonian Magazine noted his work as an important moment in art history.

Following a battle with cancer, Datuna established The Fund for Life, a philanthropic organization dedicated to fighting fatal diseases worldwide. David works with a network of leading physicians, governmental organizations and pharmaceutical companies to advance high-quality medical care and access to advanced medications in the neediest countries worldwide. In conjunction with the Fund, Datuna also established the Life Award, which is given to corporations and individuals for exceptional contributions to sustaining and saving of human lives. In 2016 Gilead Sciences became the first Life Award recipients for their outstanding work in battling Hepatitis C in his native Georgia.

In 2017 Datuna began a new major project to build cultural bridges between the Muslim and Western worlds, through his rendition of the Flag of the Kingdom of Saudi Arabia – a country that has the most special cultural and religious meaning to so so many Muslims worldwide. His iteration of the Saudi Flag was presented as a gift to his Majesty King Salman.

In support of Georgia’s democracy Datuna gifted his Georgian Flag project named “Georgia – hope of millions” to the Georgian people. The artwork, in the shape and color of the Georgian flag, was created from hundreds of optical lenses of varying magnification that illuminate underlying images of Georgia’s history and political and social culture.

Datuna is well known for his work that forces viewers to consider their point of view. Recent projects have included ‘Make America Stronger Together,’ a mobile art installation located in front of the Trump Tower in New York and unveiled prior to the 2016 US Presidential Election. He combined the themes Make America with Stronger Together and created two monumental works of art to bring a divided nation closer. The work became one of the most iconic images from the 2016 Presidential Elections election cycle and traveled to Pennsylvania, Washington, D.C., and Florida.

In 2017 Datuna channeled the feelings expressed by most Americans and the world community in response to President Trump’s withdrawal of the United States from the Paris Climate Agreement in a new art performance, ‘This Too Shall Pass.’ The artist formed the President’s name in 10-foot ice letters in New York’s Union Square Park, juxtaposing Trump’s challenge to the environment against the environment itself. The ice sculpture melted within minutes, echoing the words attributed to Biblical King Solomon, Sufi poet Sanai, and more recently used by English poet Scott Fitzgerald “This too shall pass,” reflecting on the evanescence of the human condition.