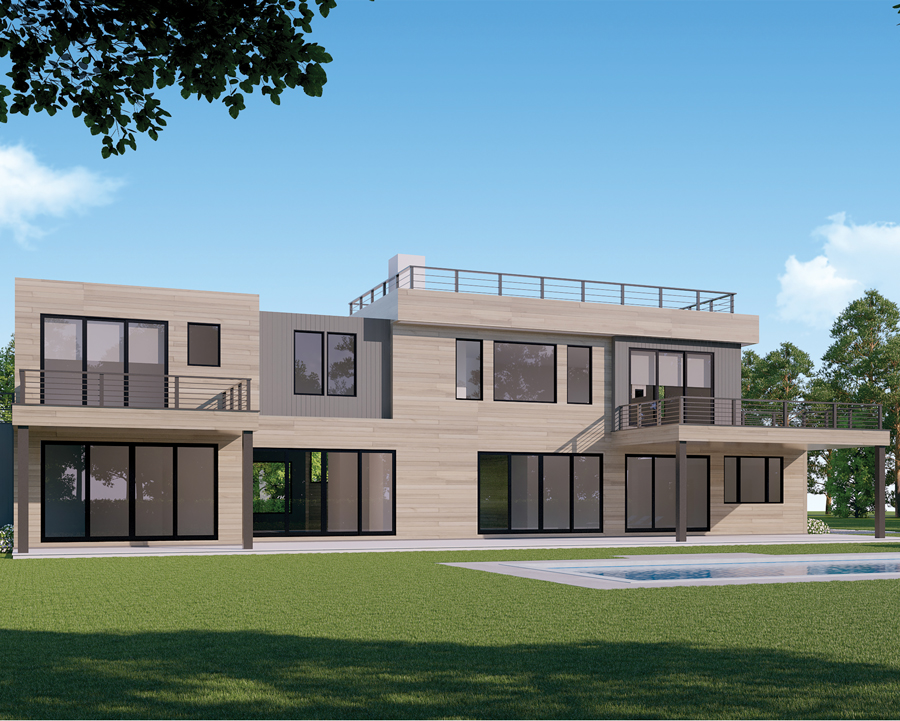 When Hamptons developer Joe Farrell posted an Instagram with accolades for the real estate broker Mark Baron last month, it was truly a career-defining moment for Baron. Having recently joined the team of Saunders & Associates in the Hamptons because he wanted to bring a higher level of concierge service to his clients, the nod on social media was affirming.
“I’d like to thank Mark Baron for really working hard and doing a great job in his role as a broker,” wrote Farrell. “This was a particularly tough one and the deal happened because of Mark. Thank you.”
For over 20 years, Farrell and his team of experts at Farrell Building Co. have constructed the quintessential Hamptons home. Farrell’s clients look for transparency, simplicity, creativity, and innovation, and there isn’t a step in the building process that hasn’t been carefully analyzed and improved by Farrell and his team. And, that’s where Baron and the collaboration with Saunders came in.
“I think Joe is a genius when it comes to real estate development in the Hamptons. He has continued to be one of the main reasons value in our market Out East remain so strong and excellent for long-term investments,” says Baron, who is a legend in his own right. “He has an innate ability to understand what buyers want.”
One might say the relationship is a perfect match, and while Social Life has spent a number of pages getting to know Baron, we decided to give a little air time to Farrell in the context of their collaboration.

Mark Baron says you’re a genius. How does that make you feel?
Well, I don’t know that I’ve ever been called a genius before, but I do think I’ve been able to weather and adapt to the times in the Hamptons very well over the years.

You used to be known for building $20+ million houses, especially before the 2008 meltdown and then a few years after the recovery. How would you characterize your business now?
We are doing fewer and less expensive properties, but only in A-plus locations. For many years I built in every location, but so many builders have entered the market out here over the years that it became more difficult to sell houses. We now only do special locations that set us apart from everyone else.

What makes a location A plus?
It’s a place where just about anyone would want to be if they could afford it, like Bridgehampton South all the way by the ocean. Sandpiper Lane, Meadowlark Lane . . . that’s one of the hottest neighborhoods in the Hamptons. We have three houses going up over there. I’m no longer building houses in the woods very much, because there are so many people doing them, and they are much harder to sell.

You list exclusively with Saunders now. What prompted that decision?
For many years, I put the majority of my houses on open listing. When I saw the market change, with so many builders, it became more time-consuming to sell houses. I also turned a tremendous amount of my personal focus on commercial real estate, so I really needed someone who was going to focus on marketing my houses. I have been most impressed by Saunders, the company and the people. I have been doing business with them since the earliest days, and I think their marketing and social media team is the best in the Hamptons.

And what’s it like working with Mark Baron, specifically?
Mark is one of the best brokers in the Hamptons. When you give him a listing, he really works hard and puts his heart and soul in it. He has amazing follow-up. He has incredible integrity, and I think the people in the Hamptons who know him and use him have complete faith in what he says, and what he does. He’s just a top-notch pro. Now that he has Saunders backing him up, it’s just fantastic.

What is he working on for you now?
65 Sandpiper in Bridgehampton. It’s an exclusive, and it’s spectacular.
In your opinion, how is this one off the charts?
First of all, it’s impossible to find lots like this off the beach. It’s a very contemporary flat roof modern with ocean views. You could have dinner parties on the roof! Who wouldn’t want it?

Situated on a just-shy acre, the 7,630+/- square-foot home has eight bedrooms and nine and a half baths, including two beautifully appointed master suites, one on each floor. The open-concept floor plan facilitates a smooth flow among principal living areas, a dining room with wine closet, and an eat-in kitchen with appliances by Wolf and Sub-Zero, all served by a butler’s pantry.
A gym is located on the second level, along with the second master suite and additional en-suite bedrooms. Private terraces overlook the property.
A roof deck, including a 6′ x 6′ spa captures breathtaking views of the ocean. Outdoors, enjoy the heated 20′ x 40′ Gunite pool, as well as an 8′ x 8′ spa and pool house.
Additional amenities include an elevator serving both levels, nine heat zones, and an attached three-car garage. Due for completion in 2020.