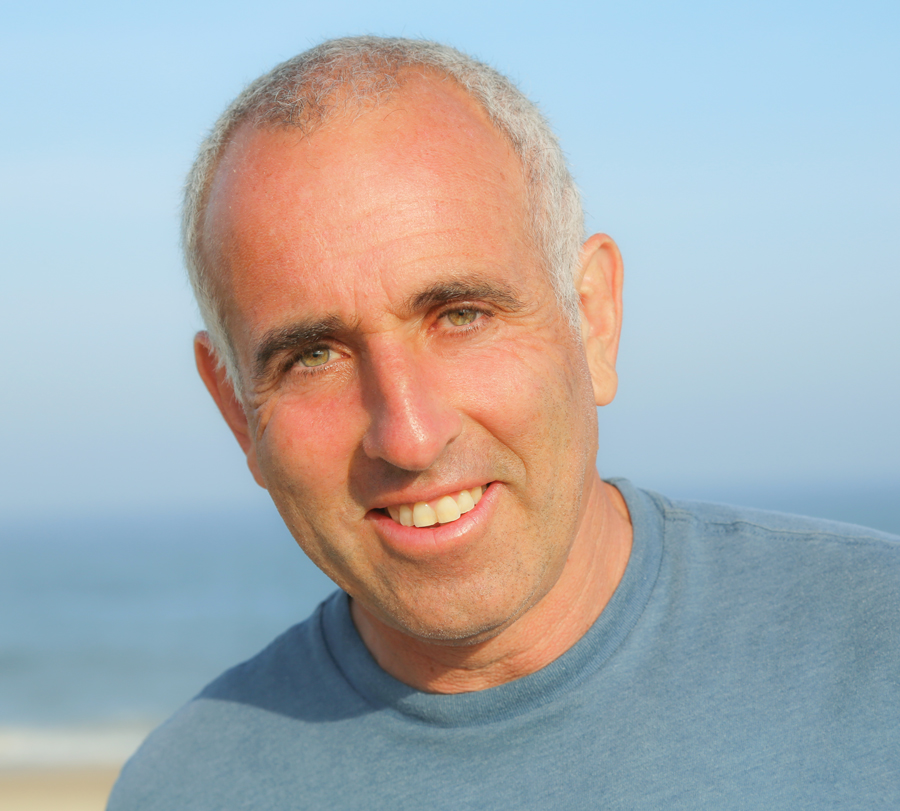 Putting the People First in Southampton

Jay Schneiderman, who’s in his fourth year as Southampton Town supervisor, is a consensus builder who wants to preserve the social and geographical beauty that makes Southampton special. His long history of service in the Hamptons has rendered him a favorite politician (and human being) among the residents of the East End. Growing up in this famous part of Long Island, he intimately understands the need to balance economic and cultural diversity. Anyone who lives in or has visited the Hamptons knows firsthand that the differences are huge — from summertime denizens on Gin Lane’s multimillion-dollar row to the fishermen, farmers, and nurses whose local roots and commitment to the town keep it thriving. It’s crystal clear that there’s tremendous economic disparity. That’s a tough gap to tackle. But, the desire to make Southampton a better place for everyone is a major driver for Jay. He gets up every day with the passion to overcome this challenge. 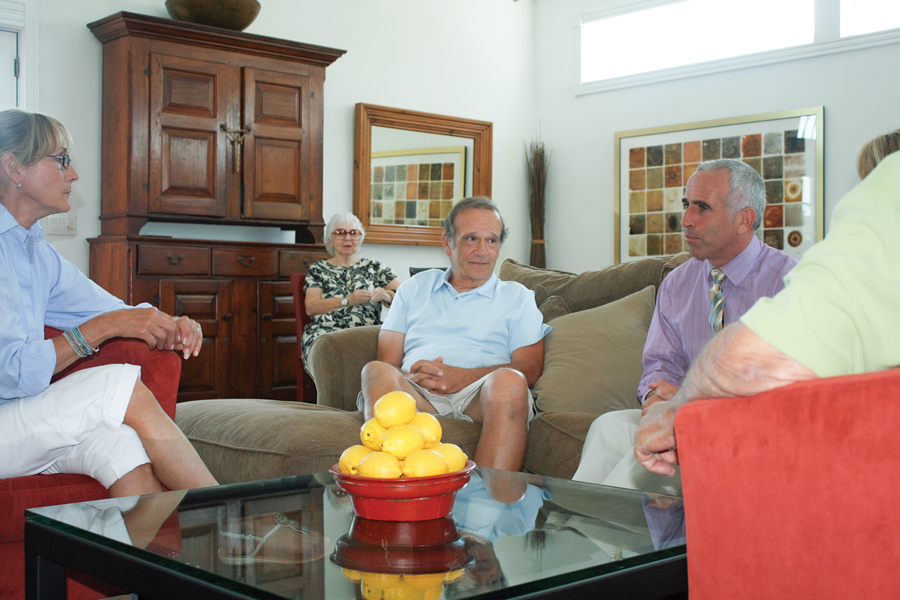 Political Path
After earning his bachelor of art degree in chemistry from Ithaca College and a master of art in education from the State University of New York at Cortland, Jay taught science, mathematics, and music at various East End schools. He also managed his family’s hotel business in Montauk, and later formed a resort property management company.
But, Jay is no stranger to politics. He went on to serve two terms as the supervisor of East Hampton Town and six two-year terms in the Suffolk County Legislature. He is credited with many accomplishments, including the widening of County Road 39 in Southampton, initiating Suffolk County public bus service on Sundays, preserving thousands of acres of open space and farmland, and never raising property tax rates in 20 consecutive years of elected office.

Consensus & Community Building
Jay believes in the power of the people. Jay treats everyone with dignity and respect. Everyone, be they rich or poor, has an equal voice. His role doesn’t only open the door to meeting celebrity politicians like Joe Biden and Michael Bloomberg, it affords him the opportunity to drive real change in the community. He’s proactive in bringing residents into the dialogue to get a sense of where the community stands on important issues. He insists, “It’s their town, their future.”
His team leverages an outreach program that actively aims to cultivate a strong sense of community by soliciting feedback on key challenges the community faces, such as creating affordable workforce housing opportunities, preserving historic buildings, maintaining clean water, and preserving the charms of the small town way of life.

Growing Up Hamptons
He has lived most of his life in Montauk, where he and his sister, Helen Ficalora, own the Breakers Motel, an iconic Montauk beach resort. Jay now calls Southampton home. A proud father, Jay has two children (daughter, Magdalena, and son, Ruben), whom he affectionately calls “awesome.” His parents grew up during the Great Depression, and as Jay says, “It taught them to prepare for hard times,” and he credits them for his skills in managing budgets. Both East Hampton and Southampton achieved AAA credit ratings, the highest available, under Jay’s leadership.
There must be something in the Hamptons water, as both Jay and his sister have put their mark on the map. Helen is the pioneer of the alphabet charm craze. You’ve certainly seen celebrities and Hamptonites adorning themselves with her signature circular jewelry charms stamped with initials. Her pieces are sold all over, including in Bridgehampton and Manhattan.

Did you know that Jay. . .
. . . has a passion for music and art? You may have seen him jamming on the drums with local bands or at art shows when his sculptural work is being displayed.
. . . is the only person in NY State to have been elected the supervisor of two different towns?

Favorite Thing About the Hamptons
“I love the Hamptons waterways — the ocean beaches, the marshes, and bays. Driving over the Ponquogue Bridge and seeing the sparkling waters below gives me a sense peace. But more than anything else, what I love most about the Hamptons are the people,” says Jay. 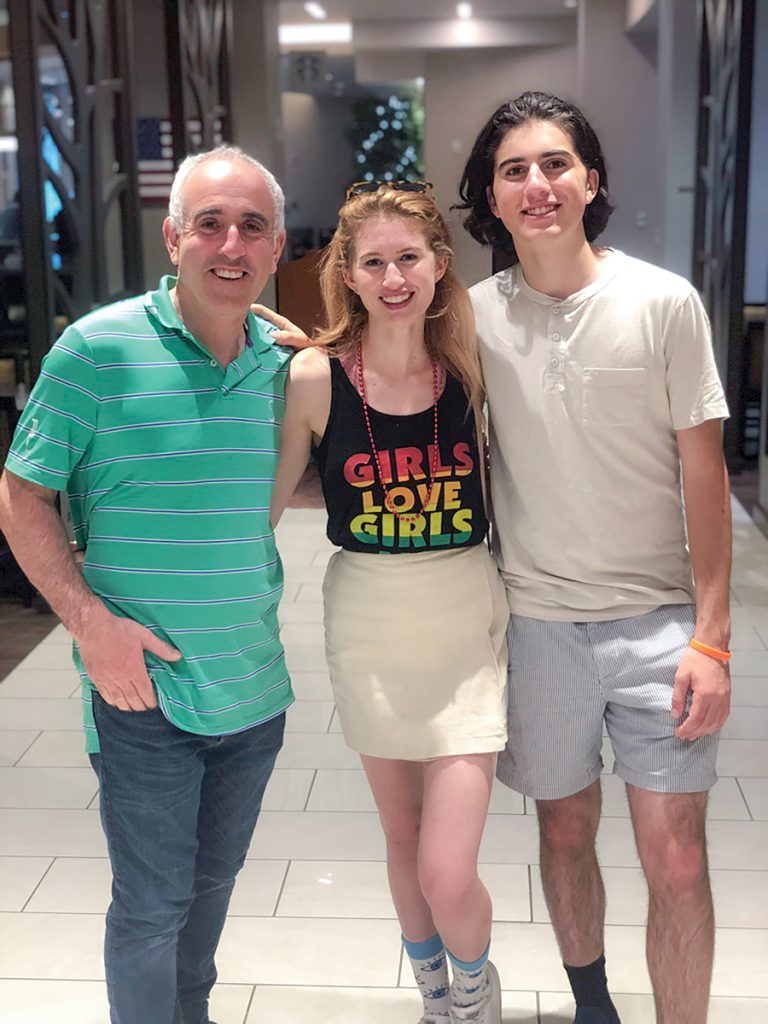 Jay with his children, Magdalena and Ruben