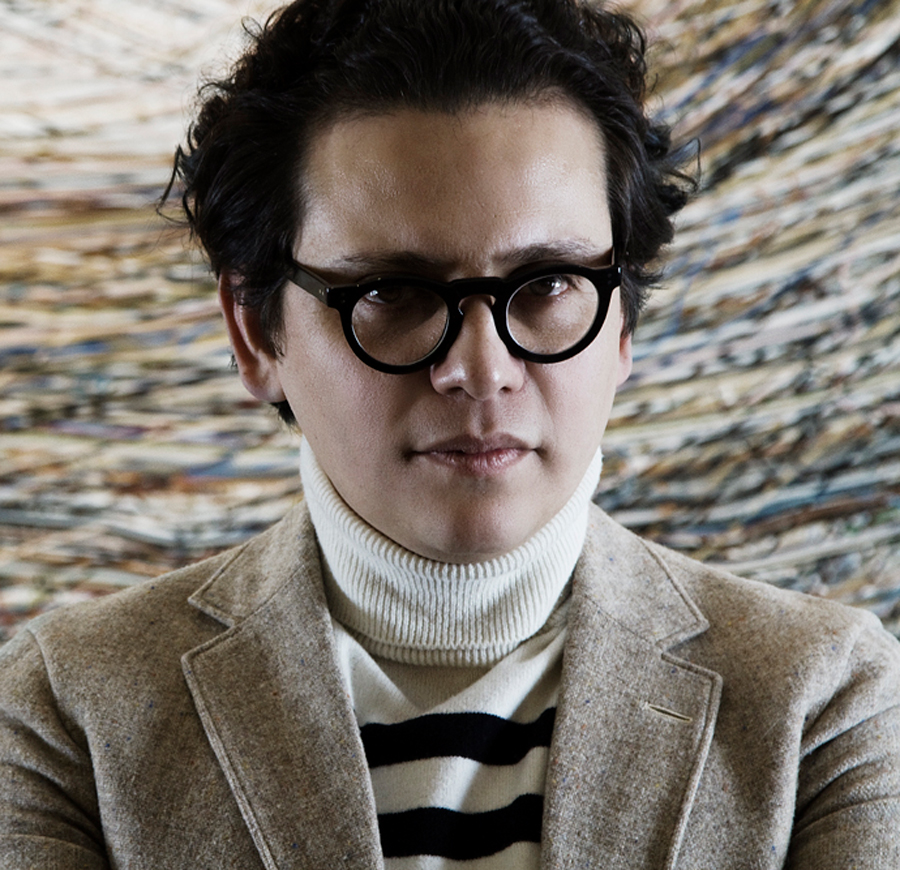 Astute art world insiders are increasingly taking note of the young, pioneering gallerist Georges Bergès, who is single-handedly restoring art gallery resonance to Soho not seen since the days of Leo Castelli and Mary Boone in the late 1980s and early ’90s
The artists represented by Georges Bergès Gallery (GBG) are drawing interest from the likes of Edgar Bronfman Jr, who recently had a private viewing of the work of Jill Krutick. GBG openings draw collectors like Christopher Rothko (son of Mark Rothko) and Idehen Aruede, the CFO of the Whitney Museum.
From October 3 through November 10, the gallery will have its splashiest and most important show in its five-year history. Three Mile Harbor Road will feature Abstract Expressionist works by Nicolas Carone (1910-2010) and Jackson Pollock (1912-1956) and the collaboration painting by both, from 1954. “This was a rare collaboration where these two dynamic artists did this one work together,” the art dealer explains. One piece from this series Psychomachia II is in the permanent collection of the Whitney Museum. Psychomachia III be in the gallery’s fall show.
According to Bergès, Both Carone and Pollock believed in psychic energy as a link between the artist and his work. Pollock saw a painting Carone was working on and asked if it was finished. When Carone told him that it wasn’t, that it was an exercise, Pollock picked up a brush and said, “Well, then let’s exercise.” “That for me,” Bergès bubbles, “was that amazing moment of synergistic spontaneity. That, together with their close friendship and shared experiences and ideals, gave birth to this rarest of collaborations, and this piece will be unveiled for the very first time at GBG.”
The last time Nick Carone saw Jackson Pollock alive was two months before the fateful night of August 11, 1956. This was the night that Jackson Pollock was to literally lose his head after driving drunk, stoked on gin, and ended up with his green Oldsmobile convertible wrapped around a birch tree less than a mile from his studio and home at 830 Springs Fireplace Road, East Hampton.
It has been said that Pollock saw a house on Three Mile Harbor Road, also in East Hampton, that he urged Nick Carone and his family to move to, so that both men could be in close proximity to each other. The Three Mile Harbor Road exhibition will be fascinating visual testament to the relationship and kinetic connection between these two artists.
This show will be one of the most anticipated art whirl moments of the fall art season, a show clearly staged to coincide with Pollock-mania this September, when his purported but unauthenticated last painting before his death, Red, Black, and Silver, goes up for auction at Phillips de Pury & Company. 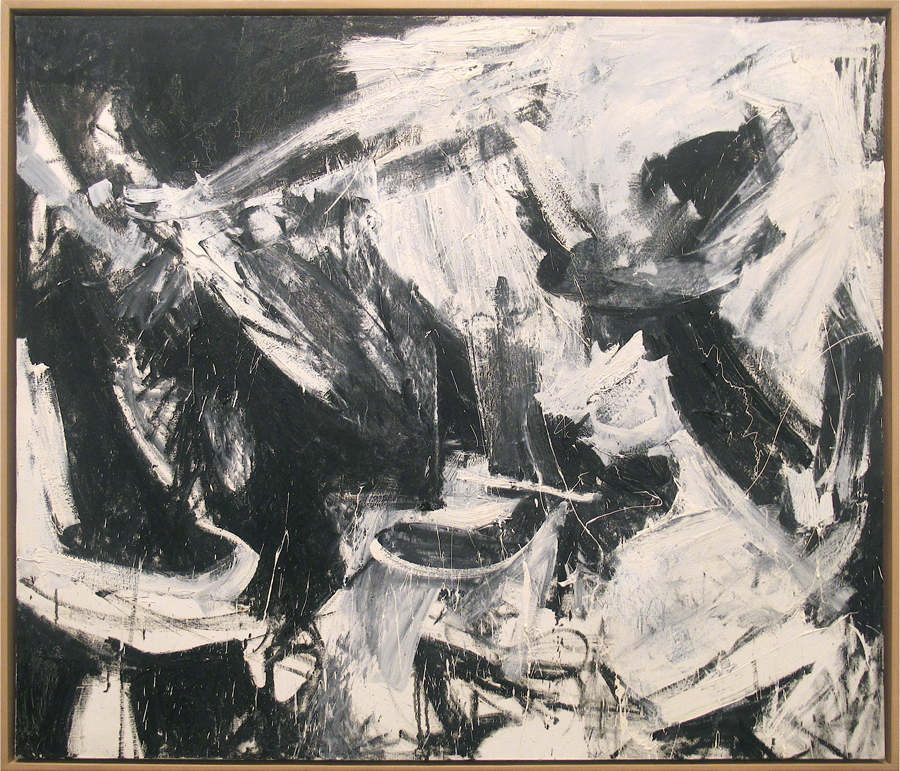 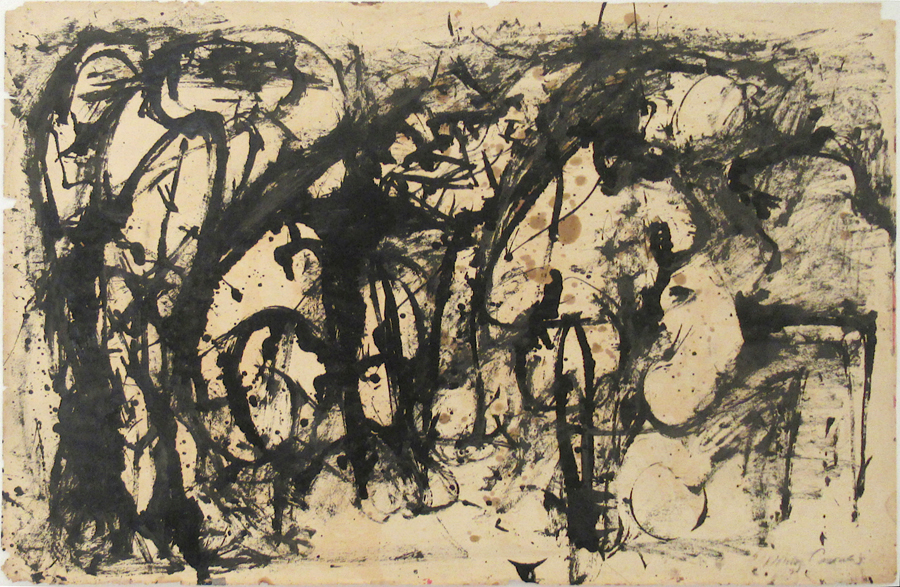 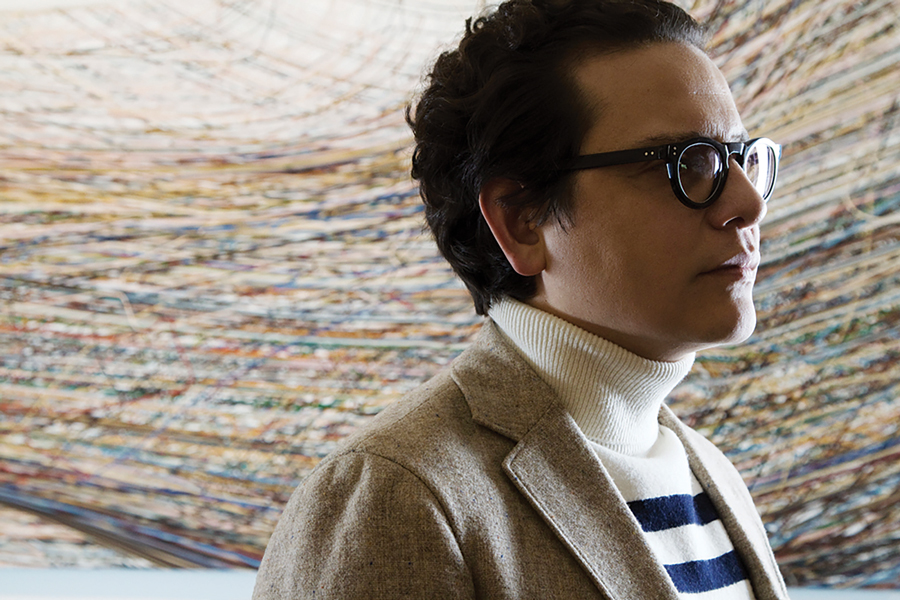