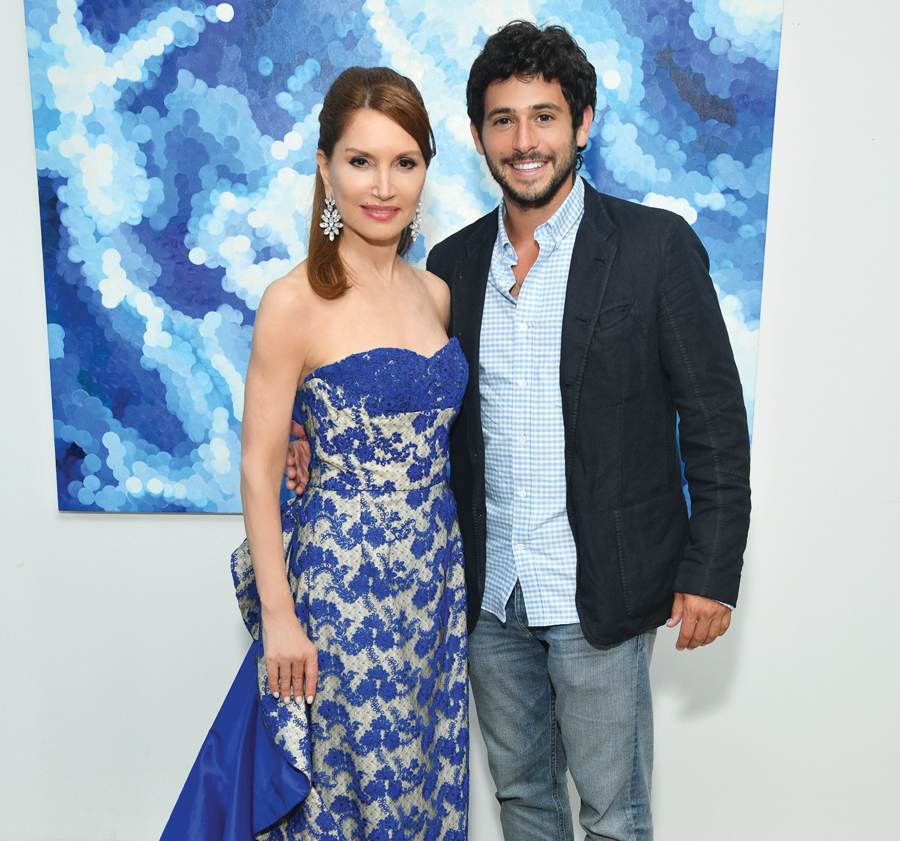 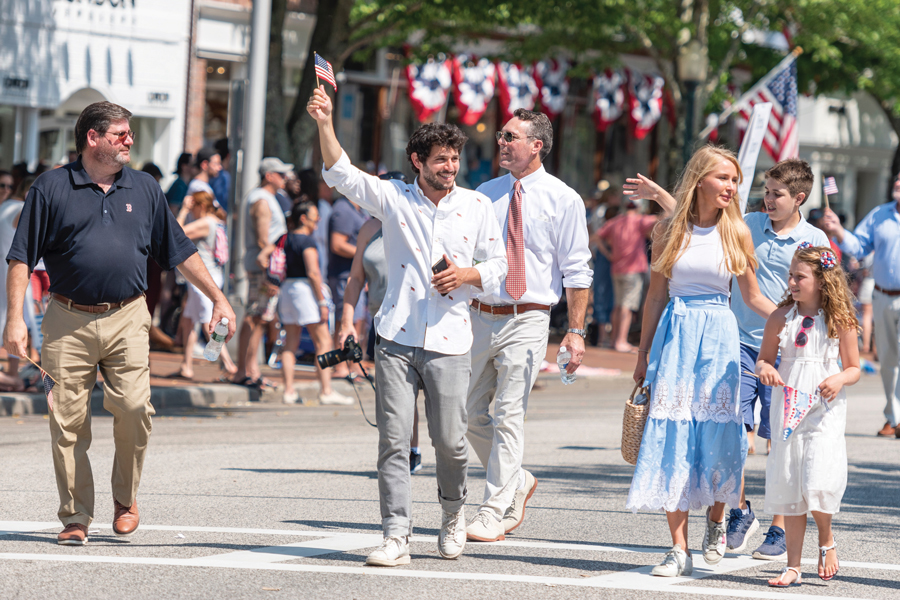 Why did you decide to run for mayor?
I decided to run for Southampton mayor because I believe that Southampton needed a change and an updated and new vision for decades to come. Interestingly, I have never had interest in politics, but I knew that now was the time to get involved in order to help our community.

Having an inclusive and open government that engages our community and that also brings in the many industry leaders who reside in Southampton is extremely important. We have an amazing community, and it is important to engage everyone and work together. Additionally, as a business owner, I also care deeply about our downtown, which is replete with record vacancy numbers and needs change and new energy. And equally if not more important, I care about our environment and water quality and want to make sure we protect our land and water ecosystems for the future.

Prior to the election, many people asked why I did not run for another position first. I wanted to run for mayor because I was hoping for the opportunity to set the agenda, the vision, and the tone for the Village of Southampton.

Can you tell us more about your campaign?
The campaign started off as a small team of volunteers who believed we could accomplish a task that almost no one had achieved before, which is winning a mayoral election against an incumbent sitting mayor. When we began our petition process in order to collect signatures to appear on the ballot, it was largely considered to be improbable. Our team worked extremely hard to make sure that we met almost every voter in the village, we performed well in the debates, and ran an aggressive social media push and direct mailing campaign combined with yard signs and phone banking. We had volunteers of all backgrounds and all ages, and we were able to build incredible momentum quickly. We also saw voters turn out who had never voted before, including high school and college students as well as our seniors. We gained support from everyone in the community.

Inauguration was on July 1, 2019, and it was one of the highlights of my life. I could not be more honored to serve Southampton and to bring the much-needed change that our community has asked for and deserves. 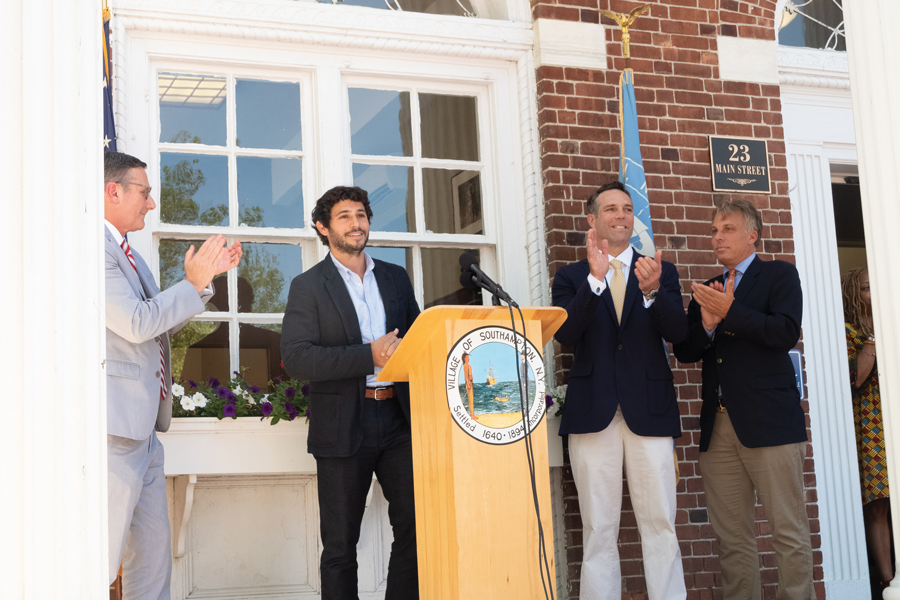 Jesse, what are three major issues facing Southampton that you’d like to address as mayor? How do you plan to work on these issues?
The platform consists of a number of key items.

1. Vibrancy in our downtown: Southampton Village unfortunately has a number of vacant storefronts on Jobs Lane, and we wanted to help bring businesses to Southampton Village, and create an environment that fosters entrepreneurship and investment in Southampton. I would also like to see more restaurants and more good restaurants in our village, which will require water-treatment options and potentially a sewer system. Currently the health department will not allow additional restaurants in Southampton, so it’s important to work to improve this.

2. Clean water and a clean Lake Agawam: Southampton Village is home to Lake Agawam, one of the most polluted and toxic bodies of water in New York State. Our lake is polluted due to blue-green algae blooms that produce cyanobacteria, which is dangerous to the central nervous system. It is generally believed that the lake could never be cleaned or remediated, but I refuse to subscribe to this mindset and believe that we can accomplish this goal.

While this will take many years to fix, this is a critical issue and something I am committed to. We will clean our lake by reducing nitrogen loading, encouraging innovative/alternative (I/A) septic systems as well as introducing sewer options to our village. We will also reduce runoff, create buffer zones, and employ new technologies such as natural treatment centers.

3. Have an open, accessible, and inclusive government: It’s important to me for our local government to be transparent and inclusive and to embrace diversity in our community. I would like for everyone to feel represented and for anyone to be able to have direct access to myself and the board of trustees. Our government is here to serve our community and to help solve problems.

What are your long-term plans for Southampton?
I would like to envision Southampton as a year-round community with a vibrant downtown, clean water, and people of all generations living and working here. Currently, many of our year-round residents are leaving due to the cost of living and lack of affordable living options. I also envision Southampton to be full of green space, open space, and to have our history preserved. Regarding the downtown, I would like to see better, more efficient parking, a sewer system so Suffolk County can lift its moratorium on restaurant openings, and a community filled with activities, restaurants, theaters, and other great venues. And most of all, we are working to clean Lake Agawam, which is the jewel of Southampton, yet it is one of the most polluted bodies of water in all of NewYork State.

What are your favorite places in Southampton Village?
I love the Rogers Memorial Library. It is a phenomenal building with amazing resources and programs for everyone. I recently took my 16-month-old nephew to attend a puppet and song program at the library. I love working and reading there and attending the many guest lectures. I also was one of the co-chairs at the Halsey gala to raise money for one of the oldest homes in Southampton. It is a beautiful home and an excellent venue for events.

And while there are so many places in the village, I also always love a great meal at La Parmigiana and lunch at the Golden Pear on Main Street. 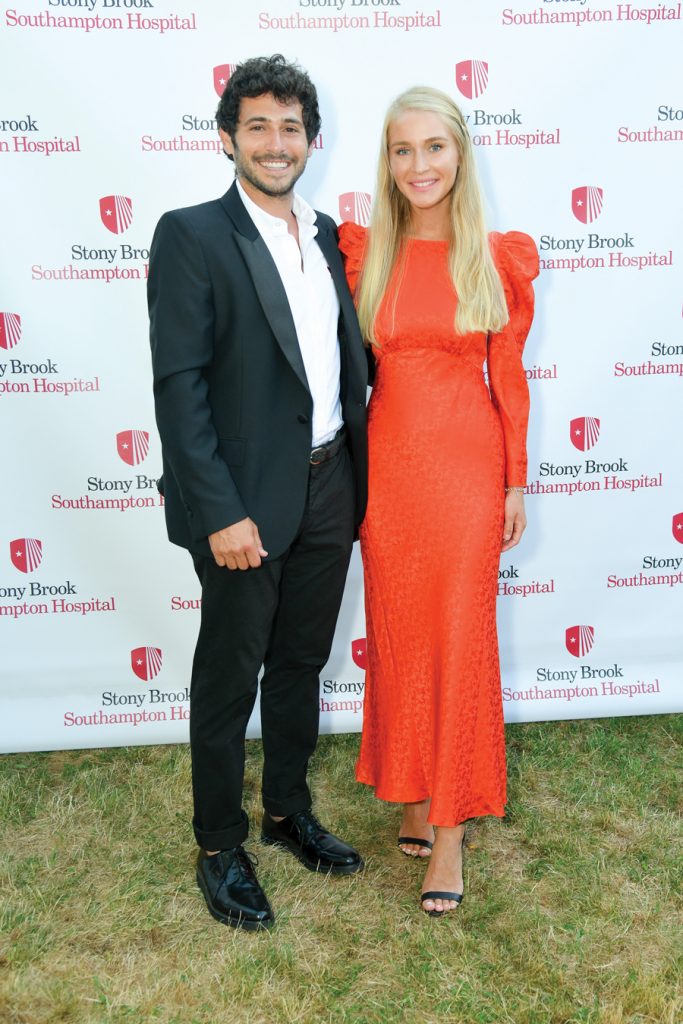 About Mayor Jesse Warren
Mayor Jesse Warren has owned TENET on Main Street, Southampton. for the last decade. Two years ago, he opened a second location, also on Main Street in Southampton. In addition, he owns another store on Newtown Lane in East Hampton. Prior to opening his business in Southampton, he worked for two years in corporate finance and mergers and acquisitions in New York City, and then spent an additional two years in venture capital. Jesse graduated cum laude from Brown University with a degree in economics. He also spent one year studying economics and management at Mansfield College, University of Oxford, in Oxford, England.
In addition to being the mayor of Southampton, he is on the board of trustees of the Southampton History Museum alongside Executive Director Tom Edmonds. He is joining the board of directors of the newly formed Lake Agawam Conservancy. He has previously served on the Southampton Village Planning Commission and is currently a member of the Southampton Village Chamber of Commerce.

About Jean Shafiroff
Jean Shafiroff, a philanthropist, humanitarian, activist, and author of the book Successful Philanthropy: How to Make a Life by What You Give, is a volunteer leader of several charitable causes. She serves on the boards of eight charities: Southampton Hospital Association, NYC Mission Society, French Heritage Society, Couture Council, Jewish Board, Southampton Animal Shelter Foundation Honorary Board, Global Strays, and Southampton Bath and Tennis Club’s Charitable Foundation. In addition, Jean is an ambassador for the American Humane Society and the ambassador for the Southampton Shelter. She is a New York Women’s Foundation Board alumna, who remains very active with the foundation and women’s issues. Jean and her family reside in Manhattan and Southampton. Jean holds two degrees: a BS in physical therapy from the College of Physicians and Surgeons at Columbia University and an MBA in finance from Columbia Business School at Columbia University.