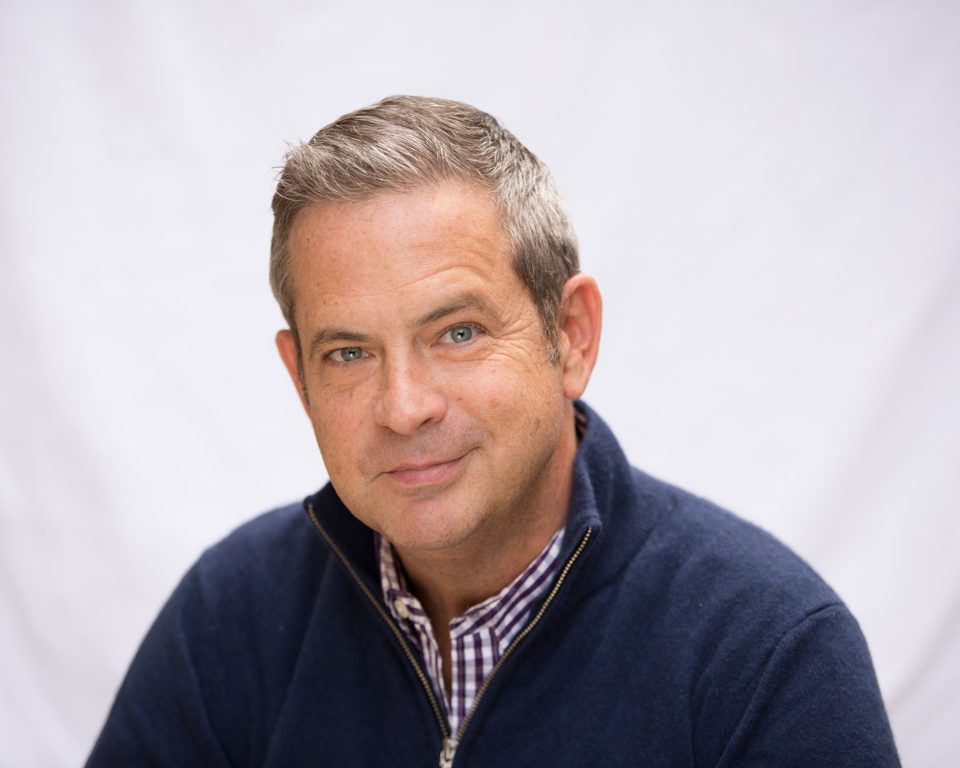 Beau Baxter has had a flourishing career as an actor thus far. His roles include 30 Rock, The Deuce, Blue Bloods and Murphy Brown, the HBO movie Too Big to Fail, the Broadway play Hand to God, and even the well-known “Got Milk” commercial. He’s also had recurring roles on the Drew Carey Show and The Late Show with David Letterman, and starred in The Onion Sports Network web series.

After college, Baxter landed a job in sales, but he felt that he was not on the path he should be following. “I’d always felt like there was some kind of artist in me, and along the way a little bell went off; I thought maybe acting was my calling.” He spent a few years watching movies from the 1960s and 70s, by legends like Scorsese, Coppola, and Lucas, and decided acting was the path he should follow.

With that, Baxter quit his job, secretly signed up for an acting class in Atlanta, and backpacked around Europe for three months. Afterward, moved to Los Angeles to start his career. There Baxter spent four years training at the Beverly Hills Playhouse, found himself an agent and instantly started booking commercials, which then led to his major works in TV and film.

Although Los Angeles treated Baxter well, New York had always been a place he dreamed of. “I just thought it was the most intriguing, fascinating, energized place.” After spending 12 years in L.A., he knew it was time to make the move to the Big Apple and try things out there. It didn’t take long for Baxter to land his dream job, playing NFL insider Reggie Greengrass on The Onion Sports Network.

Baxter admits that he and his father used to mock the ‘serious, self-opinionated’ sports announcers, but reading the script had changed his mind. “When I read the material I thought, this is just genius!” says Baxter. The show later won a Peabody Award and was tailored for television by Comedy Central, and Baxter’s character was the only one to surpass the transition from the internet to TV.

Although New York had started out as a long shot for a dream, it is now where Baxter and his daughter call home. Baxter was new to the Big Apple when his 11-year-old daughter was born but decided that was the reason for him to stay. “I remember walking around the Upper East Side one night and I thought you know what, it’s all going to work out; it has to. I’ve never looked back.”

Baxter now enjoys bike riding through the city and playing darts for the Gael Pub on the Upper East Side (thegaelpubnyc.com). You can find Baxter wearing his pinstripes at Yankee Stadium on the weekends, for he found himself to be a big fan of the famous New York baseball team.