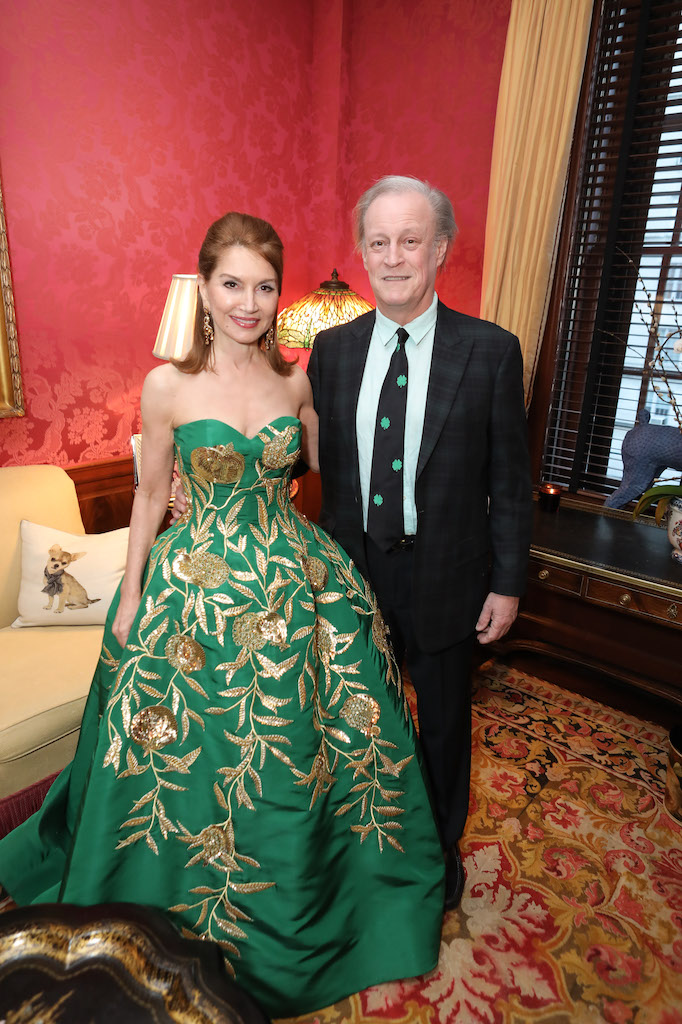 McMullan, known for his St. Patrick’s Day parties, was thrown a surprise dinner by Shafiroff in 2017. Patrick is said to be one of the inventors of modern social and event photography, and the Irish Embassy has called him “a vital Irish American.”

Midway through the event, Jean commanded the attention of the room to talk about the importance of the Stony Brook Southampton Hospitaland how it “was vital to residents of the East End.” She then added with a smile, “there are two things you need – a good hospital and a good ambulance.” She then introduced Patrick calling him, “the icon of icons.” Patrick also stressed the importance of the hospital saying, “I am incredibly grateful for the hospital as without it, I wouldn’t be here.”